In December 2007, the National Endowment for the Humanities awarded a $1 million challenge grant—NEH's largest single award in Texas—for the Byrne-Reed House purchase and restoration. The NEH grant required Humanities Texas to raise $3 million in matching funds.

In October 2010, Humanities Texas closed out its campaign with a generous gift of $79,000 from the Tobin Endowment of San Antonio.

Throughout the campaign the organization received several significant grants for the Byrne-Reed House restoration:

The capital campaign had full support and participation from the Humanities Texas Board of Directors. Both current and former Board members donated generously. In fact, funding from private individuals was essential to the success of the capital campaign. Generous donations from Julius and Suzan Glickman and Michael L. and Jeanne Klein inspired others to contribute to the campaign.

We are immensely grateful to these organizations and individuals who pledged support for this project.

Humanities Texas is establishing an endowment to support the organization and the Byrne-Reed House. As federal and state funds diminish, Humanities Texas must do more with less while the population of Texas continues to grow. An endowment will secure the future of the organization and its programs. Every dollar will be an investment in nurturing an informed, educated citizenry and promoting the understanding and appreciation of the state’s varied cultures.

Donations can be made online via PayPal. 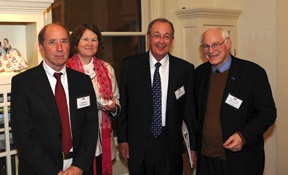 From left to right: Stephen and Jill Wilkinson of the Still Water Foundation; Julius Glickman, past chair of Humanities Texas; and the Honorable Jim Leach, chairman of the National Endowment for the Humanities 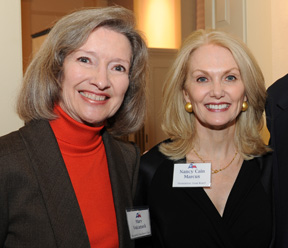 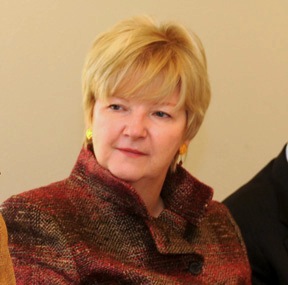 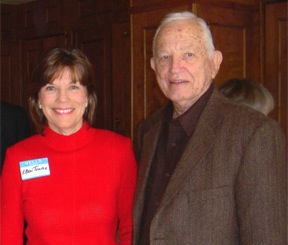 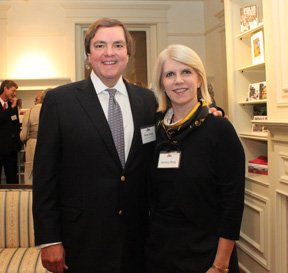 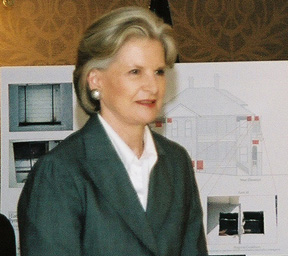