In the decades after World War II, Latinos moved to the U.S. mainland from Puerto Rico, Cuba, and the Dominican Republic in greater numbers than ever before. To ease demands on the island economy, Puerto Ricans were encouraged to migrate and came to U.S. cities in the 1950s. As a young Puerto Rican lawyer in New York City, Herman Badillo paved the way for increased political participation in electoral politics. In the early 1960s, the first wave of Cubans fled the communist regime of Fidel Castro and created a robust refugee community in Miami, Florida. Episode 4 of Latino Americans traces these developments and enriches the narrative of Puerto Rican and Cuban communities created in the postwar period on the U.S mainland. This guide introduces teachers to the Latino Americans documentary series and related instructional materials below.

In the 1940s and 1950s, migration from Puerto Rico to the U.S. mainland surged as a result of economic changes on the island and increased labor demand in the U.S. during and after World War II. A small though significant population of Puerto Rican migrants, established during the early decades of the twentieth century, swelled from about forty thousand in 1940 to six-hundred thousand by the late 1950s. In this lesson, students will explore primary and secondary documents from the time period to consider Puerto Ricans’ experiences of the move to the U.S. mainland and their effort to overcome nativism and racial prejudices.

In the 1960s, immigration from Cuba surged as a result of the Cuban Revolution. The United States government welcomed Cuban anti-communist exiles as refugees during the Cold War, and thousands moved into Miami and other U.S. cities. Some were met with open arms, while others were ostracized by communities wary of change. Although most Cubans hoped that Fidel Castro’s regime would collapse, thereby enabling them to return to Cuba, he remained in power into the twenty-first century. Most Cuban exiles ultimately made the United States their home. In this lesson plan, students will gain multiple perspectives on the experience of Cuban refugees during the Cold War by examining primary sources from the period.

Herman Badillo was a young rising star in New York City politics in the early 1960s, becoming the first individual of Puerto Rican descent to be elected Bronx Borough President in 1965 and then the first elected to the United States Congress in 1970. As an advocate for New York’s Puerto Ricans, Badillo championed bilingual education and voting rights. In this lesson, students will examine primary sources to learn how Badillo and the Puerto Rican community were instrumental in securing equal voting rights for Spanish-speaking citizens through the Voting Rights Act of 1965 and its subsequent amendments.

Explore the Digital Repository for primary sources that appear in these curriculum sets along with other resources related to Puerto Rican and Cuban communities in the U.S. in the postwar period. 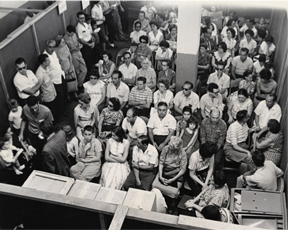 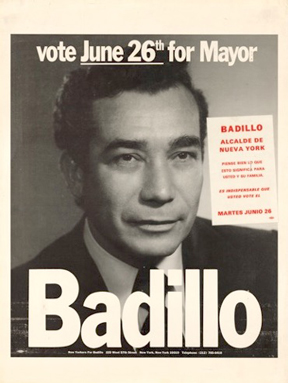