The experiences of prisoners of war during the twentieth century have been the subject of numerous excellent audio and video documentaries. The following nine documentaries are a selection of just some of these, focusing on prisoners of war from World Wars I and II, Korea, Vietnam, and the Gulf War. They cover a diverse range of subjects, from American prisoners held in Europe or Asia, to German and Italian prisoners confined to prison camps in the United States.

Collectively, this selection of documentaries tells the story of prisoners of war, in America and abroad, throughout the twentieth century, from their capture, to their imprisonment, and to their eventual escape or release. 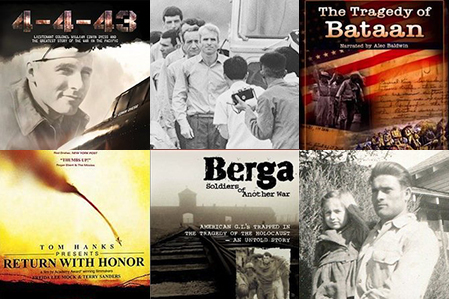 Based on the book Escape From Davao: The Forgotten Story of the Most Daring Prison Break of the Pacific War by John D. Lukacs, the film 4-4-43 is the story of the Davao Dozen, ten Americans and two Filipinos who broke out of a supposedly inescapable Imperial Japanese prison in the Philippines during World War II, told from the perspective of pilot Lieutenant Colonel William Edwin Dyess of Albany, Texas. Shot in the continental Unites States, Hawaii, and the Philippines, 4-4-43 uses World War II media, captured combat footage, aerial photography, and interviews with surviving soldiers to tell the story of their daring escape. More» 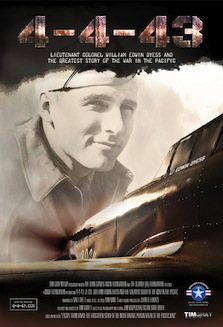 Berga: Soldiers of Another War

Berga: Soldiers of Another War reveals the previously-untold story of over three hundred American prisoners of war captured by the Germans during the Battle of the Bulge and sent to Berga am Elster, a satellite concentration camp of the notorious Nazi death camp Buchenwald, because they were suspected of being Jewish. Berga is the last film from Academy Award-winning filmmaker Charles Guggenheim, who was himself a Jewish soldier during World War II and had several members of his unit captured. More» 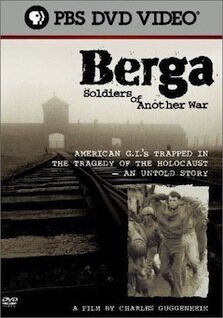 Mine Enemy: The Story of German POWs in America

This sixty-minute radio documentary tells the compelling story of the hundreds of thousands of German prisoners of war imprisoned in America during World War II. Mine Enemy captures a unique moment in history, when two warring cultures came into close contact on farms and in factories across America. Through interviews with those who lived this history, as well as letters and journals from the period, the documentary brings to vivid life a nearly forgotten aspect of life on the World War II home front. The program places special focus on the POW camp in Hearne, Texas, one of the largest in the country. Mine Enemy was made possible in part by a Humanties Texas grant. More» 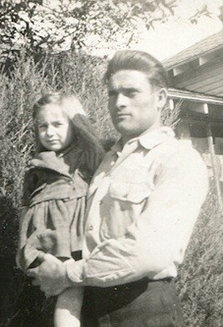 Never the Same: The Prisoner of War Experience

Narrated by actor Loretta Swit, this 2013 documentary film depicts the experience of American prisoners of war in WWII Japanese camps largely through their poems, songs, drawings, and cartoons, many brought to life through animation. Starved and brutalized, the men meet horror with ingenuity and gallows humor, all abundantly evident as survivors describe the daily struggle for survival reinforced by soul-saving fantasies, pranks, jokes, and even recipes. More» 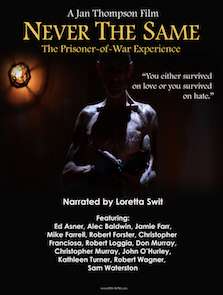 The documentary film Prisoners in Paradise follows the lives of six Italian men—and the women they met—held as prisoners of war in America, from their captures, primarily in North Africa, to their collaboration with the U.S. after Italy officially switched sides, to their interactions with local Italian American communities and their eventual release and lives after the war. More» 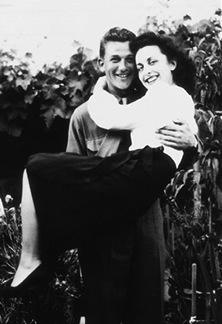 Return with Honor recounts the story of American fighter pilots held as prisoners of war in North Vietnam. Told by the men themselves, the film is "a major shift in the screen image of the Vietnam veteran," according to the New York Times. More than twenty veterans describe their captivity and their struggle to survive mentally and physically and return with honor. Their moving accounts are combined with archival footage from Vietnam and the United States to create an inspiring tale of personal heroism. More» 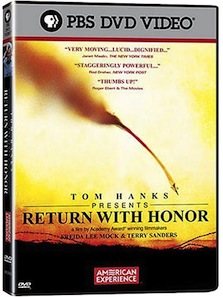 Sworn to Secrecy: Secrets of War: Prisoners of War, Parts 1–3

These three episodes from the History Channel series "Sworn to Secrecy: Secrets of War" explore the prisoner of war experience throughout the twentieth century. Part 1 covers the thousands of soldiers captured during World War I, Part 2 focuses on those taken prisoner during World War II, and Part 3 is about prisoners of war during conflicts in the latter half of the twentieth century, including the Korean War, the Vietnam War, and the Gulf War. Part 1» Part 2» Part 3» 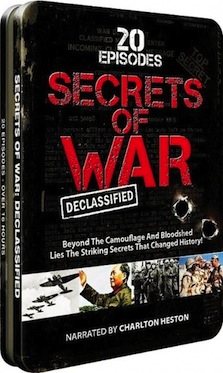 The Tragedy of Bataan

The Tragedy of Bataan is a thirty-minute television documentary that chronicles the fall of the Philippines and the Bataan Death March in the early months of World War II. This story is narrated by actor Alec Baldwin and contains interviews with twenty-two former survivors of the conflict, accounts from an unpublished diary, and never–before–seen propaganda footage. More» 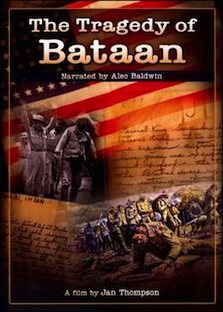 This 1998 documentary film by the Discovery Channel marked the twenty-fifth anniversary of the release of the American prisoners of war in Vietnam. Former prisoners of war interviewed included Everett Alvarez Jr, the first pilot captured; Rear Admiral James Stockdale, one of three former prisoners to receive the Medal of Honor; and Senator John McCain, who was held as a prisoner of war after his plane crashed in Viet Cong territory. 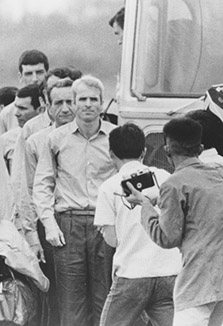