The American Library Association (ALA) is now accepting applications for the 2016 Sara Jaffarian School Library Program Award, a $5,000 award for a K–8 school library that has held an outstanding humanities program this school year.

Eligible humanities programs may be focused in many subject areas, including social studies, poetry, drama, art, music, language arts, foreign language, and culture. Programs should focus on broadening perspectives and helping students understand the world and their place in it. They should be initiated and coordinated by the school librarian and exemplify the role of the library program in advancing the overall educational goals of the school.

School libraries—public or private—that serve children in grades K-8 are eligible. Nominated programs must have taken place during the current school year (2015–16). Programs that are still in progress as of the award deadline are eligible, and libraries are encouraged to self-nominate.

Named after the late Sara Jaffarian, a school librarian and longtime ALA member, the Jaffarian Award was established in 2006 to recognize, promote, and support excellence in humanities programming in elementary and middle school libraries. It is presented annually by the ALA Public Programs Office in cooperation with the American Association of School Librarians (AASL).

More information about the Jaffarian Award is available on ALA's Programming Librarian website. 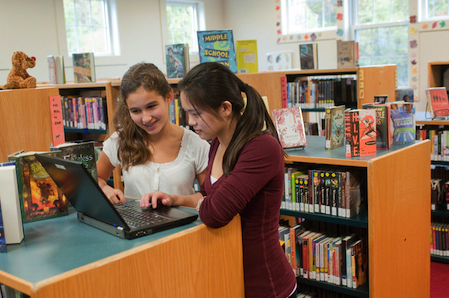