Around the State: Grant-Funded Exhibition in Beaumont

José Arpa: A Spanish Painter in Texas, an exhibition created by the Panhandle-Plains Historical Museum in Canyon, is now on display at the Art Museum of Southeast Texas in Beaumont through May 28, 2017.

The exhibition features the works of famed Spanish painter José Arpa, who traveled to Mexico and Texas in the early twentieth century. He spent several years in San Antonio, and his work influenced young Mexican American artists such as Octavio Medellín and Porfirio Salinas. Arpa's use of color and light, coupled with his keen eye for Texas scenery, earned him the Texas Prize at the Texas Wildflower Exhibition in 1927.

As Michael R. Grauer, the exhibition's curator, describes, "In oil, watercolor, drawing, etching, fresco, and plaster, Spanish painter José Arpa Perea became a Texan, and imprinted himself on Texas art eternally and unforgettably. Moreover, he abrió la puerta y luego se quedó parada en la entrada [opened the door and then just stood in the doorway], beckoning Texas to walk through with him to the glories of Spanish art found via his palette and his brushwork and his genius as he paid Texas todo respeto in his art.  Hopefully, this exhibition will assist in awarding Arpa his rightful and honored place in the early Texas art pantheon."

This program is made possible in part with a Humanities Texas grant and is free and open to the public. The Art Museum of Southeast Texas will also hold a free family arts day on May 20, 2017, inviting families to visit the exhibition and create artwork inspired by Arpa's paintings. For more information on the Art Museum of Southeast Texas and José Arpa: A Spanish Painter in Texas, visit www.amset.org.

Explore our website to learn more about the Humanities Texas grants progam. 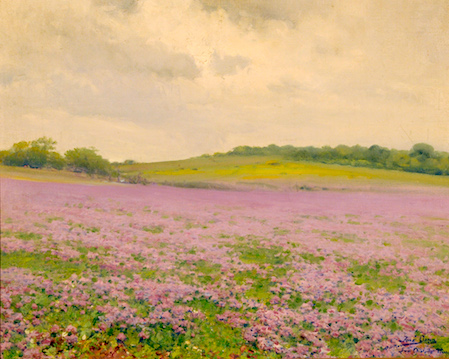