Around the State: Grant-Funded Shakespeare Event in Dallas

On January 31, 2020, Shakespeare Dallas will hold the public program Quarto vs. Folio. Lead by veteran actor and director John S. Davies, this presentation will examine the textual variations between the Quarto publications of Shakespeare's plays and the First Folio versions through a combination of lecture and performance. This event is part of the annual Shakespeare Theater Association Conference being held in Dallas.

Shakespeare's plays were originally published in two different versions. A collected work known as the First Folio, published seven years after Shakespeare's death, contained thirty-six plays and has served as the main textual source for scholars, performers, and readers of Shakespeare's works for the last four centuries. However, nineteen of those plays had already been published in Quarto form—a smaller, cheaper version—before the First Folio was compiled. Initially, scholars believed these Quarto versions of Shakespeare's plays were corrupt and stolen, published in unauthorized formats to turn a profit. However, beginning in the late nineteenth-century, scholars began to suspect that many of the Quartos were not pirated plays but rather acting editions or early drafts of the text.

During this presentation, Davies will give historical context on the origin of these publications and will explore why scholars have deemed some Quartos "good" and some "bad." Through performance, he and a group of actors will investigate the similarities and differences between the Quartos and First Folio with side-by-side comparisons of scenes from some of Shakespeare's greatest works.

This program is made possible in part by a Humanities Texas grant. Quarto vs. Folio will take place on January 31, 2020, at 8:00 p.m. at the Wyly Theatre in Dallas. This event is free and open to the public. Advance registration is required. For details and registration, email info@shakespearedallas.org. 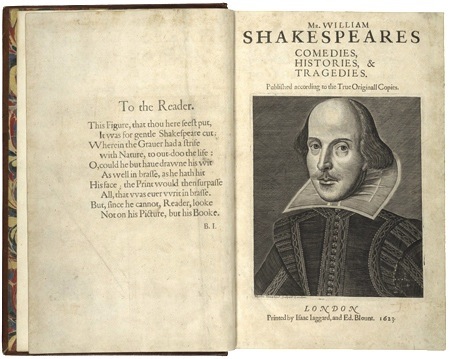