In 1959, John Howard Griffin, a white writer, dyed his skin in order to experience life as a black man in the segregated South. For thirty-seven days, Griffin traveled through the Deep South living as an African American laborer. The memoir he published in 1961 about his experiences, Black Like Me, sold over ten million copies, but also triggered immense hostility from those whose prejudices Griffin had exposed.

Through his writing, Griffin hoped to counter the white perception that American blacks “led essentially the same kind of lives whites know, with certain inconveniences caused by discrimination and prejudice.” Griffin’s experience taught him and millions of readers that living as the Other changes all aspects of one’s life: “Everything is different. Everything changes. As soon as I got into areas where I had contact with white people, I realized that I was no longer regarded as a human individual. . .I am not speaking here only of myself. This is the mind-twisting experience of every black person I know.” Griffin discovered that despite his educational qualifications, he was only able to obtain the most menial jobs. He also found that “an important part of my daily life was spent searching for the basic things that all whites take for granted: a place to eat, or somewhere to find a drink of water, a rest room, somewhere to wash my hands. More than once I walked into drugstores where a Negro can buy cigarettes or anything else except soda fountain service."

Griffin’s courageous endeavor led to hundreds of speaking engagements around the country and the globe, as he spread a message of civil rights and unity. He went on to work with the Reverend Dr. Martin Luther King and Dick Gregory in the South, and with Saul Alinsky and NAACP Director Roy Wilkins in the North during the Civil Rights era. He also taught seminars at the University of Peace with Nobel Peace Laureate Father Dominique Pire.

In addition to his civil rights work, Griffin was a classically trained musician who studied in France, as well as an authority on Gregorian chants. During his service in the Pacific during World War II, Griffin was injured, and lost his sight for a decade. During that decade, he wrote several novels and short stories, including the 1952 bestseller The Devil Rides Outside, which was a test case in a controversial censorship trial that was settled in his favor by the U.S. Supreme Court. Griffin’s decade of blindness was his first experience living with prejudice, since he found that he was perceived as handicapped by those around him. “A man loses his sight then, but let it be understood that he loses nothing else,” he wrote in Scattered Shadows: A Memoir of Blindness and Vision (2004). “He does not lose his intelligence, his taste, his sensitivity, his ideals, his right to respect and remains as much an individual as always.”

San Antonio’s Wings Press recently released a fiftieth anniversary edition of Black Like Me as well as a new collection of Griffin’s later essays on spirituality and racism, Prison of Culture: Beyond Black Like Me. This edition includes a new foreword by Studs Terkel, Griffin’s longtime colleague and friend, and an afterword by Robert Bonazzi, Griffin’s authorized biographer. Unique to the Wings Press editions, Don Rutledge’s photographs of Griffin disguised as an African American in New Orleans provide historical context.

Wings Press has also released all of John Howard Griffin’s work as e-books to coincide with the publication of the fiftieth anniversary edition of Black Like Me. For more information, visit the Wings Press website. 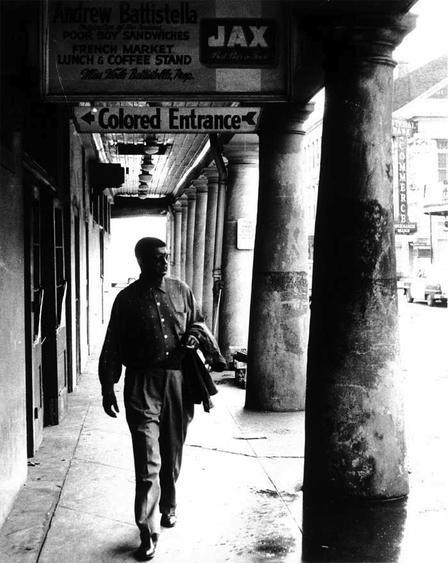 John Howard Griffin disguised as an African American in New Orleans. Photo by Don Rutledge, reprinted with the permission of Wings Press. 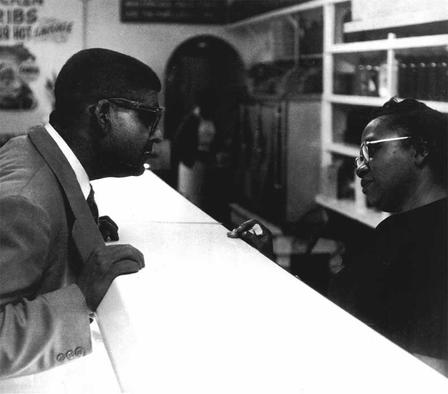 Griffin orders a meal from one of the many Negro cafes he frequented. Photo by Don Rutledge, reprinted with the permission of Wings Press. 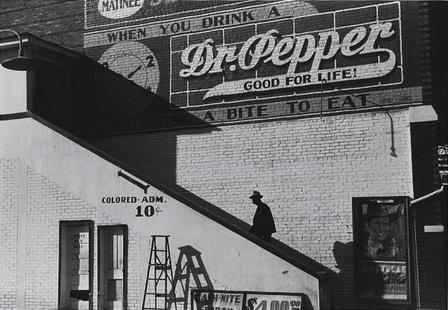 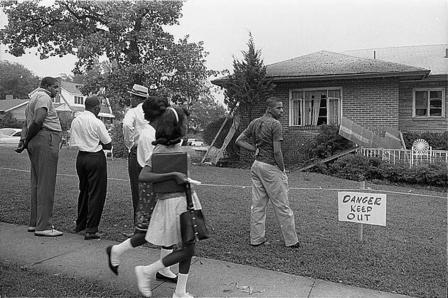 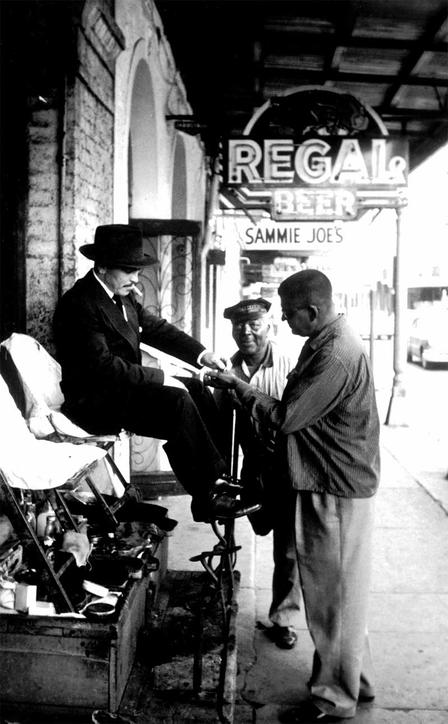 Griffin collects his fee from a dapper patron at Sterling Williams's shoeshine stand in the French Quarter of New Orleans. Griffin worked with Williams off and on for a week in mid-November 1961. Photo by Don Rutledge, reprinted with the permission of Wings Press. 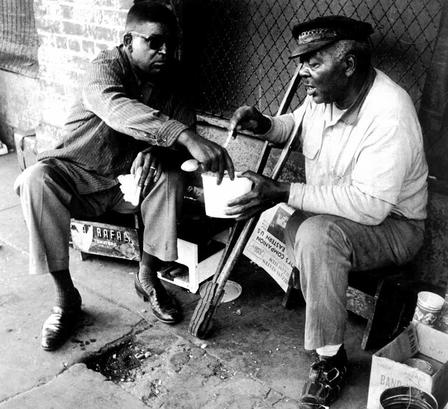 Griffin and Sterling Williams share a stew of corn, turnips, and rice, seasoned with thyme, bay leaf, and green peppers. Photo by Don Rutledge, reprinted with the permission of Wings Press.