Boy of the Border: A Children's Tale by Langston Hughes and Arna Bontemps

In the 1930s, two great figures of the Harlem Renaissance, Arna Bontemps and Langston Hughes, collaborated in creating children's books that were meant to inspire and educate young readers, especially children of color. One of these books, Boy of the Border, was never published during the authors' lifetime. It languished in obscurity for decades until Dr. Maceo C. Dailey Jr., Humanities Texas board member and director of African American studies at The University of Texas at El Paso, came across a letter Bontemps wrote to Hughes in August 1955.

"I had almost forgotten Boy of the Border, but I recall now that I liked it while we were doing [it], and I can't imagine why it was not published," Bontemps wrote. Intrigued, Dailey called Hughes biographer Dr. Arnold Rampersad, who confirmed that the book was never published, and that the manuscript was housed at Yale University's Beinecke Rare Book and Manuscript Library.

Dailey and his wife, Sondra, soon acquired the rights to publish the manuscript through Sweet Earth Flying Press, L.L.C., which they established in 2003 to publish books by people of color and women. In December 2009, Sweet Earth Flying Press released Boy of the Border, which is the coming-of-age tale of a twelve-year-old boy set during the Mexican Revolution. The boy, Miguel Del Monte, unexpectedly accompanies his uncle in a herding party that is driving wild broncos form northern Mexico to Los Angeles. Antonio Castro L.'s sepia-toned illustrations accompany the story.

Arna Bontemps (1902–1973) was a notable writer, scholar, anthologist, and librarian who led efforts to preserve and advance African-American literature and culture. Langston Hughes (1902–1967) was one of the best-known figures of the Harlem Renaissance. A prolific writer and social activist, Hughes spent time in Mexico visiting his father, who moved there when Langston was one year old. These visits inspired Boy of the Border as well as The Pasteboard Bandit, another children's tale set in Mexico, which was published posthumously in 1997. 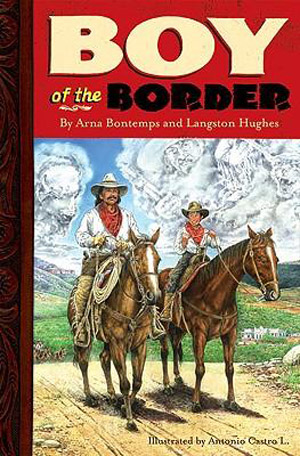 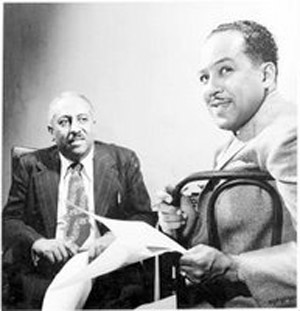