Humanities Texas will observe Veterans Day with two special programs featuring four-time Academy Award ® winner Charles Guggenheim’s final documentary film, Berga: Soldiers of Another War. Like many of his documentaries, Berga depicts an extraordinary human challenge, yet this story was Guggenheim’s most personal and one that he had to tell.

Blood poisoning prevented Guggenheim from accompanying his 106th Infantry Division to Europe during the final year of World War II. Many of the soldiers with whom Charles had trained were captured by the Germans in the Battle of the Bulge. After the war, hints of his comrades’ fate gradually emerged from local newspaper accounts, information from survivors, and narrative histories of the war. When the Americans were captured, the Germans tried to separate Jewish soldiers from the rest of the troops. Sensing the Germans’ intent, the American captives refused to identify the Jewish soldiers among them. Thus the Germans relied on names and physical appearance in segregating the troops. 350 American G.I.s, many from Guggenheim’s regiment, were thought to be Jews or undesirables; they were dispatched without food or water to Berga, a slave labor sub-camp of Buchenwald. There they worked twelve-hour shifts side by side with political prisoners until they were sent on a death march at the end of the war. Ironically, only eighty of the Berga prisoners were actually Jews. No one thought this could happen to Americans, but Berga was an American chapter of the Holocaust.

Near the end of his career, Guggenheim decided to pursue the story. His breakthrough came when he found in the National Archives an obscure, captured German document with the names of the 350 men at Berga. From this list, he ultimately located and interviewed 30 percent of the survivors, and after listening to these soldiers’ dramatic stories, he felt an obligation to tell them. Charles’ determination to document their courage and sacrifice sustained him through the last seven months of the project, as he battled with the grave prognosis of pancreatic cancer. He died two months after the film’s completion.

Humanities Texas's Dallas and Houston screenings of Berga: Soldiers of Another War, will feature a discussion with Grace Guggenheim, the film’s producer and Charles’s daughter. On Tuesday, November 11, the Dallas Institute of Humanities and Culture will host the program, beginning with a reception at 6:00 p.m. Collaborating institutions include the Dallas Institute of Humanities and Culture, the Schusterman Center for Jewish Studies at The University of Texas at Austin, the Ackerman Center for Holocaust Studies at The University of Texas at Dallas, and Humanities Texas. Professor Robert Abzug, director of the Schusterman Center, and Dr. Larry Allums, director of the Dallas Institute, will join Grace Guggenheim for a discussion after the film. Admission will be $7.50 for members of Humanities Texas or other co-sponsoring organizations, $5 for students, and $10 for general admission.

On Thursday, November 13, the Jewish Community Center Houston will host the Houston screening of the film at 6 p.m. in the Center's Kaplan Theater. The Jewish Community Center Houston, The Schusterman Center for Jewish Studies at The University of Texas at Austin, Holocaust Museum Houston, and Humanities Texas will co-sponsor this screening, which will have an $8 admission fee. At the film's conclusion, Ms. Guggenheim will visit with the audience about her father's work. 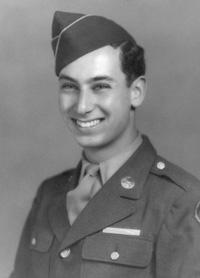 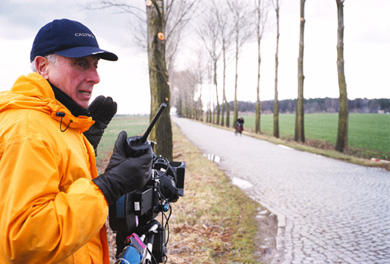