The two-to-five-minute excerpts kick off NPR's Race and Politics series at approximately twenty minutes into the first hour of Weekend Edition Sunday.

Between Civil War and Civil Rights was produced by Listening Between the Lines (formerly the "Reality Works" Project), a nonprofit based in Tampa, Florida, and dedicated to investigating and helping correct historical inequalities in America.

The series, originally broadcast in 2003, consists of five separate segments: "How the South (or White Supremacy) Won the War," covering the period of Reconstruction and the founding of the Ku Klux Klan; "Democracy's Denial: Revolutions in Wilmington," about the only coup d'etat in U.S. history, when white supremacists seized the town of Wilmington NC; "White Protestant Nation," about the rebirth of the Klan in 1915; "Rosewood Reborn," examining the "race riot" that destroyed a black Florida town; and "American as Apple Pie: When Terror Lost in America," on the political struggle for civil rights in the 1940s and 1950s.

Humanities Texas funding helped support the development of the Texas aspects of the series and of public forums on racial reconciliation in Texas today. 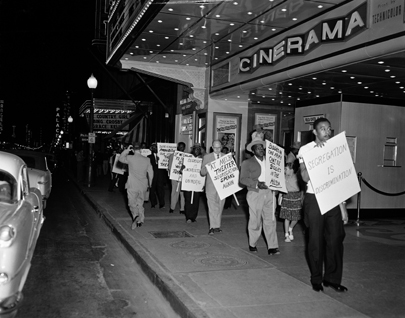