Commemorating the World War I Centennial

On April 2, 1917, President Woodrow Wilson appeared before a joint session of Congress and asked that the United States declare war on Germany. Wilson requested that America take part in "a war to end all wars," one that would "make the world safe for democracy," after years of pursuing a foreign policy of neutrality even as other nations participated in what would become conflict of massive scale. On April 6, 1917, Congress declared war, and the United States entered World War I.

To mark the centennial anniversary of this declaration and to reflect on the Great War more broadly, in 2017, institutes across Texas and the nation are commemorating this monumental period of history with an array of illuminating programs.

Drawing on unpublished diaries, memoirs, and letters, The Great War tells the rich and complex story of World War I through the voices of nurses, journalists, aviators, and the American troops who came to be known as "doughboys." The series explores the experiences of African American and Latino soldiers, suffragists, Native American "code talkers," and others whose participation in the war to "make the world safe for democracy" has been largely forgotten. It is a story of heroism and sacrifice that would ultimately claim fifteen million lives and profoundly change the world forever. The Great War is available to stream online.

Echoes of the Great War:
American Experiences of World War I

The Library of Congress—which holds the largest multi-format collection of materials on American involvement in World War I—presents a major exhibition in 2017 to commemorate the war's centennial. Echoes of the Great War: American Experiences of World War I examines the upheaval of world war as Americans confronted it, both at home and abroad. Opened on April 4, 2017, in the Library's Thomas Jefferson Building, the exhibition will remain on view into January 2019. In that time, more than six hundred artifacts drawn from the Library's incomparable World War I collections will be displayed. The exhibition will feature correspondence, music, film, recorded sound, diaries, posters, photographs, scrapbooks, medals, maps, and various other artifacts from the war. The collections of the Veterans History Project will be interwoven throughout the exhibition to give voice to the wartime experiences of those who served.

The hundredth anniversary of U.S. involvement in World War I is being observed at Smithsonian museums, archives, and libraries. Explore online and examine major artifacts from the Great War, read stories of heroes who served in Europe and on the home front, and learn about technological advances that enabled Allied victory, the impact of WWI on popular culture, and how the Smithsonian Institution contributed to the war effort.

During the centennial of the Great War (1914-19), the National World War I Museum and Memorial will host a series of special exhibitions, programs, and events to commemorate the first global war in history.

The "war to end all wars" sent shock-waves through the country, causing lasting societal upheavals, many of which are reflected in Williamson County. Experience the stories of local war heroes, suffragettes, and crusaders for justice in Poppies and Progress: 1917–1923, an exhibition that explores World War I and its immediate aftermath in the early 1920s.

Texas in the First World War

One hundred years ago, the United States entered the "war to end all wars." This idealistic hope of the Great War leading to lasting world peace would instead devastate large parts of the globe and set in motion events taking humanity directly to yet another world war within decades. Texas in the First World War explores the role of the Lone Star State in this pivotal world event. Co-curated by students from The University of Texas at San Antonio, research began with a semester-long course on World War I in which students explored the war as a whole then took a closer look at activities in the state. By the end of the war, 198,000 men and 450 Texan women would serve in the military alongside civilian volunteers both at home and overseas. Through images, stories, and artifacts, Texas in the First World War sheds light on the legacy of a global conflict that heavily influences world affairs, politics, and alliances to this day.

The Ransom Center's First World War digital collection contains over one hundred posters that illuminate the lived experience of the war from the point of view of its participants and observers worldwide. The First World War was once envisioned to be "the war to end war." Such naïve optimism was quickly shattered by the experience of civilian and soldier thrust into the shared horror of industrial warfare. The lithographs in English, French, German, and Russian illustrate a wide spectrum of sentiments from military boosterism to appeals for public austerity. The posters document geo-political causes as well as social and economic transformations set in motion by the war. The role of women, new technologies, international aid, wartime economy, and food supply all feature prominently in the First World War Collection.

The Great War and the Panhandle-Plains Region and
A Picture from Home: Snapshots from the
Great War on the Plains

The entry of the United States into the European conflict in 1917 coincided with the rise of photography as a medium available to the public at large. The introduction of simple and affordable box cameras put them in the hands of amateur photographers of all walks of life. A Picture from Home: Snapshots from the Great War on the Plains features images from the museum's collections that resulted from the photography boom. These images document the wartime activities of Panhandle residents from a variety of perspectives, both public and private, as they responded to the call to arms.

During World War I, the impact of the poster as a means of communication was greater than at any other time during history. The ability of posters to inspire, inform, and persuade combined with vibrant design trends, resulting in many of the participating countries producing thousands of interesting visual works. Countries on both sides of the conflict distributed posters widely to garner support, urge action, and boost morale. This exhibition of World War I posters demonstrates the power of visual imagery through the subjects of recruitment, finances, home-front sacrifice, and aid for war victims.

The Texas Military Forces Museum at Camp Mabry maintains a library of military history publications consisting of over ten thousand books and periodicals. The archive holds the original World War I card files on all soldiers who joined the military in Texas. The museum also maintains a photo archive of over seven thousand cataloged photographs. The library and archives are open by appointment for research to all members of the public, and an electronic database is also available online.

Texas and the Great War

This year marks the centennial of American involvement in World War I. Texas and Texans had a major impact on the American war effort at home and abroad. The Eighth Annual Save Texas History Symposium will examine the Texas contribution to the war, with over twenty speakers discussing topics such as the Zimmermann telegram, the women's peace movement, the Battleship Texas, the riots at Camp Logan, and resources for conducting historical and genealogical research on the war.

This World War I commemorative exhibition includes a replica of a World War I trench. Guests can walk through the trench while learning about the conditions American soldiers faced while fighting for their country. The exhibition features information about local soldiers from DeWitt County, Texas, along with artifacts, posters, and stories from the community related to the Great War. The exhibition will be on display until November 1, 2017. 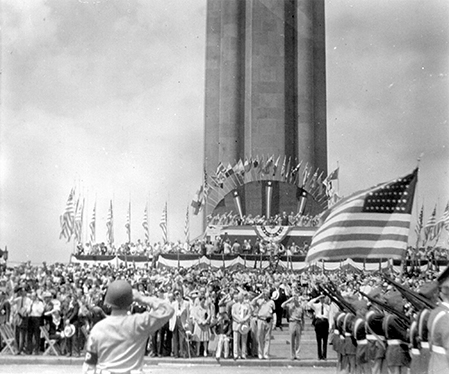 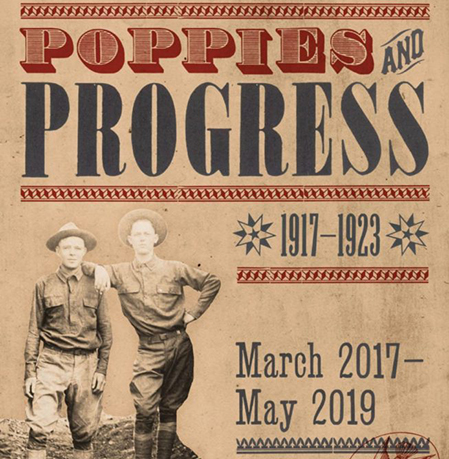 Poppies and Progress: 1917–1923, an exhibition at The Williamson Museum in Georgetown. 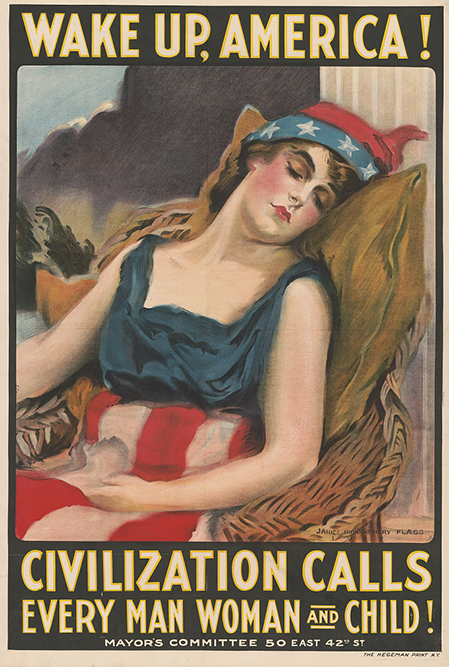 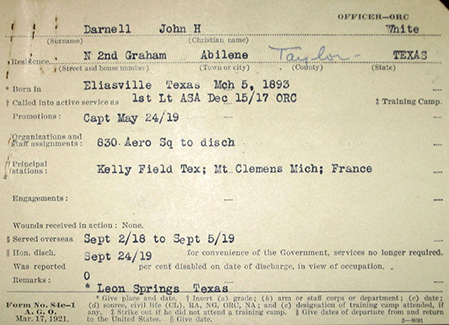 The Eighth Annual Save Texas History Symposium: Texas and the Great War will take place in Austin on September 15 and 16, 2017.