The first decade of the twenty-first century has seen significant hurricane activity along the Gulf Coast. In 2010, five years after Hurricane Rita, the museum of the Gulf Coast in Port Arthur initiated the Hurricane Retrospective Project, an effort to document the recent history of hurricanes in the southeast Texas and southwest Louisiana Gulf Coast region.

The museum called for photographs and personal stories from those along the Gulf Coast who lived through Hurricanes Rita and Ike. The response was tremendous. Hundreds of submissions came from private citizens, amateur and professional photographers, and businesses from the private and public sector. The collected images were added to the Museum’s permanent archives in order to preserve the history of these events.

The culmination of these documentary efforts is Tropical [Im]pression: A Gulf Coast Hurricane Retrospective, a traveling exhibition created by the Museum of the Gulf Coast and presented in partnership with Humanities Texas. The exhibition features sixty-seven color and black-and-white photographs that convey the collective “impression” recent hurricanes made on the Gulf Coast region from Galveston, Texas, to Cameron Parish, Louisiana.

Tropical [Im]pression: A Gulf Coast Hurricane Retrospective is now available for rental through the traveling exhibitions program. We invite you to learn more about bringing this exhibition to your venue and community. 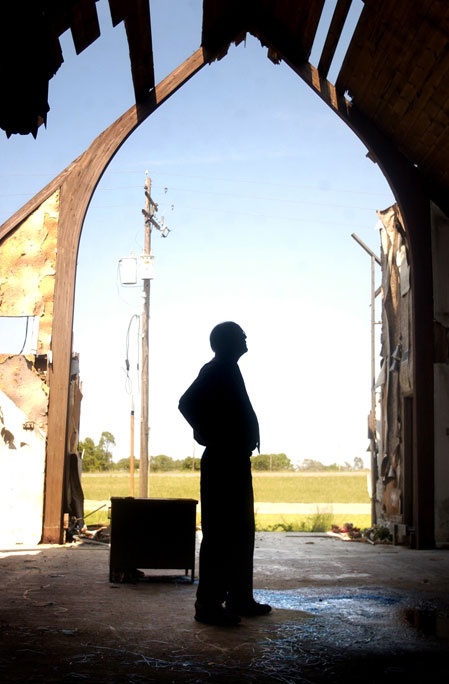