Digging for History at San Jacinto

In April 1836, armies led by Sam Houston and Antonio Lopez de Santa Anna fought the battle that decided the Texas Revolution. 173 years later, the Battle of San Jacinto remains a topic of scholarly and popular interest. Thus, each year the Friends of the San Jacinto Battleground (FSJB) host the Battle of San Jacinto Symposium to further the study of the battle and, more generally, of Texas history during its revolutionary period.

The theme of this year's public symposium is "New Light on Old Stories." The program will focus in part on archeological research conducted at the battleground since 2003. Supporting ongoing archeological study of the battleground is one of the FSJB's main goals. They partnered with the Texas Parks and Wildlife Department to undertake the first systemic archeological exploration of the San Jacinto battleground.

When the friends group formed in 2002, many people believed the San Jacinto battleground had been too picked over by tourists to yield further significant discoveries. Not quite: "We have found hundreds, if not a thousand, battle-related artifacts, some on the battlefield and some on private property nearby," said DeVault. The dig teams have located eleven unmarked burials in the Texan camp and several areas that may have been burial pits.

Humanities Texas awarded the FSJB a grant of $1,500 to support the 2009 symposium. The event has received similar grants from Humanities Texas for four of the past five years. The public is invited to attend this year's symposium on Saturday, April 18, 2009, from 9 a.m. to 5 p.m., at the Hilton Hotel and Conference Center at the University of Houston. Registration information is available on the FSJB website.

DeVault emphasizes that there is still more to learn about the battle and its significance. "All of this is going to be debated and subject to more archeological work," she said. "We feel like we've just scratched the surface." 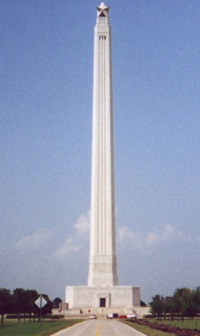