The institute program has been made possible with funding from the state of Texas, with additional support from the National Endowment for the Humanities We the People initiative.

Below, we introduce you to some of the distinguished scholars who will deliver lectures and lead primary source workshops at the six institutes.

Austin: The University of Texas at Austin, June 6–9.

San Antonio: The University of Texas at San Antonio, June 13–16.

For more information on our 2010 summer teacher institutes please visit our institute page.

From The First American: The Life and Times of Benjamin Franklin:

"Franklin's story is the story of a man — an exceedingly gifted man and a most engaging one. It is also the story of the birth of America — an America this man discovered in himself, then helped create in the world at large."

H. W. Brands was born in Oregon, went to college in California, sold cutlery across the American West, and earned graduate degrees in mathematics and history in Oregon and Texas. He taught at Vanderbilt University and Texas A&M University before joining the faculty at The University of Texas at Austin, where he is the Dickson Allen Anderson Centennial Professor of History. He writes on American history and politics, with books including Traitor to His Class, Andrew Jackson, The Age of Gold, The First American, and TR. Several of his books have been bestsellers; two, Traitor to His Class and The First American, were finalists for the Pulitzer Prize.

Professor Brands will deliver the keynote address, "Ben Franklin and the Witches" at the LBJ Library and Museum on Sunday, June 6, 2010, as part of our Austin teacher institute.

On the development of modern American democracy, from Empire of Liberty:

"The essentially aristocratic world of the Founding Fathers in which gentry leaders stood for election was largely replaced by a very different democratic world, a recognizably modern world of competing professional politicians who ran for office under the banners of modern political parties."

Watch Gordon Wood speak about Empire of Liberty on BookTV.

Gordon S. Wood is an emeritus professor of history at Brown University. He received his B.A. from Tufts and his Ph.D. from Harvard. His works include The Creation of the American Republic, 1776-1787 (1969), which won the Bancroft Prize and the John H. Dunning Prize in 1970, and The Radicalism of the American Revolution (1992), which won the Pulitzer Prize for History in 1993. His latest book, Empire of Liberty: A History of the Early Republic, 1789-1815 was published in October 2009 to great acclaim. Professor Wood frequently contributes to the New York Review of Books and The New Republic. He is a fellow of the American Academy of Arts and Sciences and the American Philosophical Society.

Professor Wood will deliver the keynote address, "Empire of Liberty," at our teacher enrichment institute at The University of Texas at El Paso on Tuesday, June 8.

From American Colonies: The Settling of North America:

"The biggest difference [between colonial societies and their mother countries] was the unprecedented mixing of racially diverse peoples—African, European, and Indian—under circumstances stressful for all. The colonial intermingling of peoples—and of microbes, plants, and animals from different continents—was unparalleled in speed and volume in global history. Everyone had to adapt to a dramatic new world wrought by those combinations."

Alan Taylor, professor of history at the University of California at Davis, teaches courses in early American history, the history of the American West, and the history of Canada, and is a contributing editor for The New Republic. He is active in UC-Davis' History Project, which provides curriculum support for K-12 teachers in history and social studies. Taylor has written five books: Liberty Men and Great Proprietors: The Revolutionary Settlement on the Maine Frontier, 1760-1820; William Cooper's Town: Power and Persuasion on the Frontier of the Early Republic; American Colonies; Writing Early American History; and The Divided Ground. American Colonies won the 2001 Gold Medal for Non-Fiction from the Commonwealth Club of California and William Cooper’s Town won the 1996 Pulitzer Prize for American history as well as the Bancroft and Beveridge prizes. In 2002 he won the University of California at Davis Award for Teaching and Scholarly Achievement and the Phi Beta Kappa, Northern California Association, Teaching Excellence Award. His next book, The Civil War of 1812, will be published in October 2010 by Alfred A. Knopf.

Professor Taylor will deliver the keynote lecture at our institute at Texas Christian University in Fort Worth on Sunday, June 13.

From Jefferson's Empire: The Language of American Nationhood:

"Jefferson's vision of the American future has seemed prophetic to subsequent generations as they pursued their own happiness and fulfilled the nation's destiny. If in March 1801, in the aftermath of a crisis that had threatened disunity and civil war, and at a time when the federal government had virtually no military capability, Jefferson could say that this was 'the strongest Government on earth,' he must have sensed something of the new nation's future power. . . . Jefferson's optimistic account of the new nation's and the world's glorious future has been contagious and inspirational."

Peter S. Onuf is the Thomas Jefferson Foundation Professor of History at the University of Virginia. His research examines sectionalism, federalism, and political economy, with a particular emphasis on the political thought of Thomas Jefferson. His recent works include Nations, Markets, and War: Modern History and the American Civil War (2006, with Nicholas G. Onuf), and a collection of his essays, The Mind of Thomas Jefferson (2007). He received his Ph.D. from Johns Hopkins.

Professor Onuf will deliver the keynote address at our Houston institute on Tuesday, June 8. He will also speak about Jefferson's America at our Austin institute on Monday, June 7.

From All Our Relations: Blood Ties and Emotional Bonds Among the Early South Carolina Gentry:

"Family was not an isolated, privatized institution in early America. Instead, family functioned as both an emotional and an economic entity: individuals, irrespective of region, depended on their relatives for their livelihood as well as for personal needs. Finally, family meant not simply parents and children but also siblings, in-laws, cousins, and other kinfolk. And these extensive family connections could inform everything from personal identity to political behavior."

Lorri Glover is the John Francis Bannon, S. J., Professor in the Department of History at Saint Louis University. She is the author of All Our Relations: Blood Ties and Emotional Bonds Among the Early South Carolina Gentry (2000); Southern Sons: Becoming Men in the New Nation (2007); and, with Daniel Blake Smith, The Shipwreck that Saved Jamestown: The Sea Venture Castaways and the Fate of America (2008). She teaches courses on colonial America, the American Revolution, and family and gender history.

Professor Glover will deliver the keynote address on the American Colonial Period at our institute at Texas A&M International University in Laredo on Sunday, June 6.

"Americans in [the Jacksonian era] . . . believed themselves uniquely blessed by providence and destined for some special purpose. Yet they disagreed over what that purpose was and how to achieve it. Their disagreements gave rise to thriving debate about how to organize their future. Competing visions of a better society spurred citizens to articulate new ideas, organize new institutions, and pursue new goals."

Daniel Feller is Betty Lynn Hendrickson Professor of History and editor/director of The Papers of Andrew Jackson at the University of Tennessee in Knoxville. He received his Ph.D. from the University of Wisconsin and taught previously at Northland College and the University of New Mexico. His books include The Jacksonian Promise: America, 1815–1840, The Public Lands in Jacksonian Politics, and a new edition of Harriet Martineau's 1838 American tour narrative Retrospect of Western Travel. Feller was the lead scholar for the PBS special Andrew Jackson: Good, Evil and the Presidency and has appeared on History Detectives.

Professor Feller will deliver the keynote address at our San Antonio institute on Sunday, June 13, and will discuss Jacksonian America in Laredo and Houston as well. 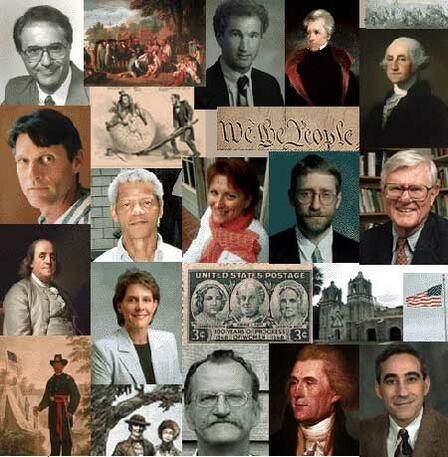 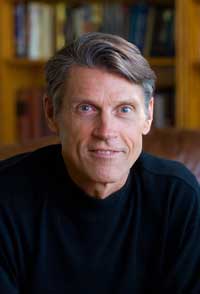 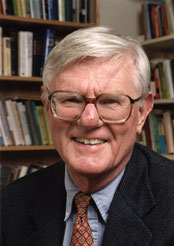 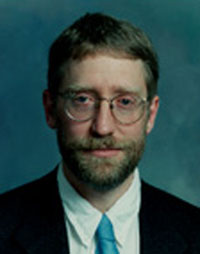 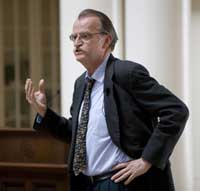 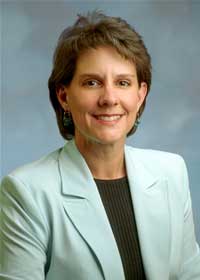 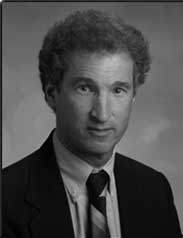 Daniel Feller. Photo by The University of Tennessee.