El Baile: A Story of Conjunto Music in the Rio Grande Valley

Manuel F. Medrano, historian and Humanities Texas board member, explores the influence of accordionist Valerio Longoria and conjunto music in the Rio Grande Valley, painting a vivid picture of community and celebration inspired by the genre. A thirty-minute documentary on Valerio Longoria, For a Quarter a Song, is made available online by the Los del Valle Oral History Project.

The early twentieth century was a time of change and transition for Latinos in the United States. The push from the Mexican Revolution of the early twentieth century and the pull from commercial agriculture and industrialization in the United States helped create what has been called the Migrant Generation.1 It was also this generation that witnessed the birth of the Texas-Mexican conjunto. Conjunto music was born on the U.S.-Mexico border, and the "father" of this genre, Narciso Martinez, lived most of his life there. Over the years, its resiliency and popularity have secured its place as both a nationally recognized folk music and a conduit for cultural transmission.

Accordion music was the music of working class Texans, regardless of race and ethnicity. Tejanos, Mexicanos, Germans, Czechoslovakians, and African Americans enjoyed it and danced to it, although usually not at the same venue. The Rio Grande Valley baile was a far cry from the more formal ballroom dances in Dallas and Austin but served the same purpose of bringing the community together.

Conjunto, a Spanish word referring to both a musical style and the musicians who play it, originated in deep South Texas during the late 1920s.2 Weddings, anniversaries, quincieñeras, and public dances were all venues for conjunto musicians. After World War II, a young accordionist and singer named Valerio Longoria revolutionized the music by adding drums to the ensemble. Ethnomusicologist Manuel Peña writes that Longoria was "probably the one person most responsible for moving conjunto music away from its earlier stylistic expression."3 Although he performed throughout Texas and the Southwest, when he performed in the Rio Grande Valley, the event began well in advance of the actual dance.

It is Thursday morning near the United States-Mexico border. Teco and Chuy, both sixteen years old, prepare a thirty-by-thirty dirt dance floor by first sprinkling it with water and ashes and later sweeping it. They then hang over two dozen kerosene lamps on a wire clothesline above the dance floor before cleaning the wooden benches that border its perimeter.4 In the center is a large mesquite tree that gives this place its name, El Mesquitón. Its ash-colored branches sway above the dance floor, nudged by a humid southeast wind. For Teco, it is four hours of dusty tedious work, but the dance promoter has promised him two complimentary tickets in exchange for his labor. This young man from Olmito knows that no tickets means no dance, and no dance means no María. So begins the ritual for the Saturday night dance deep in the Rio Grande Valley.

Posters advertising the dance are nailed to trees and placed in grocery stores. The Brownsville Spanish language radio station advertises it as el baile del otoño, the dance of autumn, and has been promoting it for at least a month. The dance promoter has even hired Carlos "El Cotorro" Chavez to drive through the neighborhoods and ranchos. In an old van with speakers on the roof, "El Cotorro" (the parrot) announces the details of the baile through a scratchy old microphone. Everyone in the surrounding barrios and colonias knows that this will be no ordinary dance. Valerio Longoria and his conjunto will be in town, will fill the dance floor, and will not disappoint. Longoria, like many other working musicians, does not make much money, but he earns enough to make a living. Ironically, for this dance, the promoter will receive about $1,500 for organizing the dance, and Longoria's conjunto will be paid only $150 for the whole evening.5 Still, it is more profitable than being paid a quarter a song at the cantinas in San Benito and Corpus Christi.6 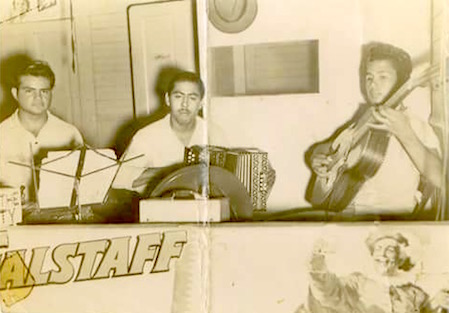 Valerio Longoria with his conjunto band. Courtesy of Flavio Longoria.

On the day of the dance, preparations abound. The Rodríguez family is one of the many who will attend. One daughter, María Isabel, is styling her hair to resemble that of the iconic Mexican cinema actress María Félix. She uses pin curls and hair spray to create the popular wave and to keep it firmly in place all evening. Her sister Diana dares to comb her long hair to the side, like the American actress Rita Hayworth. Meanwhile, the Rodríguez boys, Gilberto and Reynaldo, comb their hair with Brillantina hair oil or El Perico gel and look in their closet for their newest white shirts and dark slacks. One will wear boots, the other, black shellacked shoes.

Tonight, parents not only chaperone their daughters but also dance and socialize with extended family and neighbors. Fathers and older brothers meticulously inspect their daughters' and sisters' suitors, quickly eliminating those that appear disrespectful or inebriated. Some men take a fifth of José Cuervo tequila in a brown paper bag to share with their compadres and friends. Cousins, aunts, and uncles—mostly migrant workers who have recently returned from Michigan and Indiana—are also here. Tonight's dance is a respite from the long days of field and farm work that often consumes them, yet provides their income.

Families who live in the vicinity of El Mesquitón walk to the dance, while those who live in the neighboring towns of Brownsville, Harlingen, and San Benito drive. By eight o'clock, there is a buzz of activity. Longoria's conjunto is setting up and tuning their instruments in front of the large tree. On either side are benches where only the women and girls will sit. Children run on the earthen dance floor before the music begins. Older brothers and sisters dance and court for the first time while grandparents remember dances where the ensemble was only an accordion and a bajo sexto (twelve string guitar). The dance easily fulfills the hype preceding it. Friends and families talk, laugh, and dance. Longoria performs chotes, balzas, and guapangos. His sound is popular because he tunes his accordion by adjusting a reed to produce a deep sound both unique and danceable. 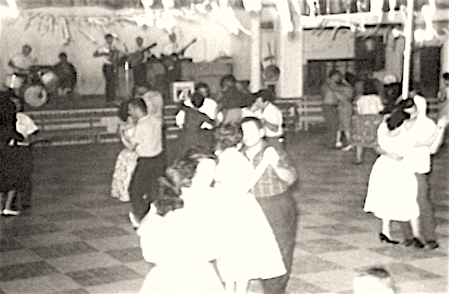 One of the most humorous incidents of the evening involves a true "character" of the bailes and quinceñieras, Chon "El Guapón" (self-proclaimed good-looking dude) Villafuerte. Chon believes he is so handsome that no girl would ever deny him a dance. In front of his friends, he looks across the dance floor, spots the beautiful Rosario, and proclaims that she will dance with him. His buddies wager a dinner that she will not. Chon runs his fingers through his hair, unbuttons the top button of his shirt, thrusts out his chest, and proceeds across the dance floor during intermission. When he gets within ten feet of her, she motions her finger back and forth like a windshield wiper, indicating she is not interested. Chon, however, is not dissuaded easily. His reputation and a dinner are at stake, and his friends will never let him forget it. He reaches Rosario and asks her for a dance anyway. Rosario's father, standing behind her, walks to Chon and explicitly tells him she has already refused and that he should leave immediately. Knowing her father's nickname is Big Bad Joe Gómez, Chon quickly retreats. As he walks back toward his friends, they are already laughing uncontrollably and mimicking his macho walk. Chon, however, is still Chon, and he continues to ask until someone dances with him. At three o'clock the dance ends, but the evening is not over. Tía Licha, who had not attended the dance because of a sprained ankle, has cooked menudo for the entire family, and they eat and laugh until five.

Over six decades have passed since that Saturday night. Both Chuy and Teco enlisted in the Army and served in the Korean War. Chuy was killed in the Battle of the Ch'ongch'on River in 1950. Teco, who was a paratrooper, returned, married María, and still lives within a few miles of El Mesquitón. Chon is now eighty-three years old and for thirty years was a dance promoter in Corpus Christi. Valerio Longoria eventually sold records throughout the United States and Europe. In 1986, he received the National Heritage Award from President Ronald Reagan for lifelong achievement as a folk artist. He continued to perform at conjunto festivals and teach accordion music in San Antonio until his death in 2000.7 It has been said that history opens our eyes. Nowhere is this more evident than in the South Texas border. The Texan character is a product of diversity, resilience, and tradition. Within this diversity is an embedded musical language that still brings people together and still crosses race, ethnicity, age, and time. Conjunto is part of this tradition, and all Texans are the better for it.

1Rodolfo Alvarez. "The Pyscho-Historical and Socioeconomic Development of the Chicano Community in the United States." Social Science Quarterly, March, 1973, Vol. 53, No. 4, p. 926.

4Manuel Pena. The Texas-Mexican Conjunto: History of a Working-Class People (Austin: The University of Texas Press, 1985), 81.

The song clips included above—"Pa’ Que Me Sirve La Vida," "Rosalito," and "Se Me Olvido"—are all performed by Valerio Longoria and his band. 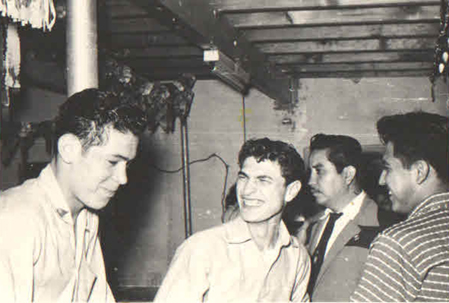 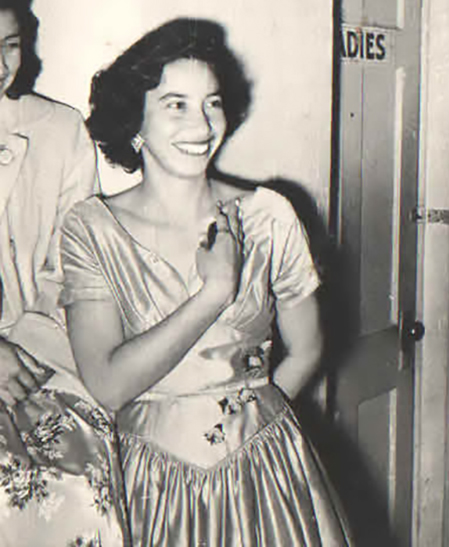 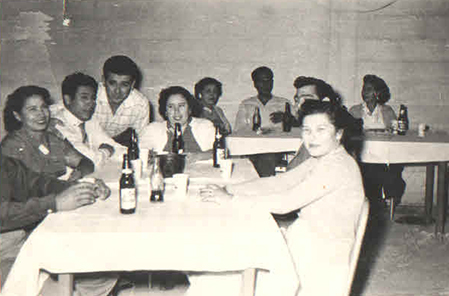 Translation by Daliarlene Saenz at The University of Texas Rio Grande Valley.