I appreciate the participation of Humanities Texas in Bayou Bend’s biennial symposium series, which places the pre-1900 material culture of Texas, the lower South, and the Southwest within a national context. The goal is to turn scholarly attention to this area of the country by providing a forum for the introduction of relevant regional and national studies. The symposium is also helping to build much-needed scholarly literature in the field through the publication of the symposium proceedings. Complimentary copies are distributed nationwide to over two hundred major research and university libraries.

For the third biennial David B. Warren Symposium—named for Bayou Bend Collection and Gardens’ founding director emeritus and held October 28–30 in Houston—we asked six national scholars to mark the sesquicentennial of the start of the American Civil War (1861–1865) by presenting papers that examined the broader Civil War era (1850-1880) from a cultural perspective. The Friday night audience enjoyed a stimulating opening address from Jason T. Busch, curatorial chair for collections and the Alan G. and Jane A. Lehman Curator of Decorative Arts at the Carnegie Museum of Art in Pittsburgh. He spoke on “Continuing Currents of Change: Art, Life, and Culture in the Mississippi Valley, ca. 1850–1861,” and explained that although the Mississippi River had long been a channel for trade, the 1850s marked the transformation of the river from a travel route to a vital conduit for cultural, artistic, and architectural ideas from Louisiana and Texas to Minnesota.

On Saturday, Michael Vlach, professor of American studies and anthropology at The George Washington University, focused on “Pretty Pictures for Troubled Times: Portrayals of Plantation Properties.” He noted that African Americans, the largest group on any estate, were at first generally absent from the painted plantation “portraits” commissioned by their owners; however, after the Civil War, they were shown actively working on the estates, more prominent in the scenes.

Young scholars are also encouraged to present at the symposium. Dana Byrd, Wyeth Fellow at the National Gallery of Art and doctoral candidate at Yale University, looked in depth at the plundering of the South by Union troops during her fascinating discussion of “Reconstructions: Material Culture of the South Carolina Plantation, 1861–1877.” Katie Knowles, doctoral candidate at Rice University and textile archivist at Kravet in New York, presented “No Cotton in the Kingdom: Textiles in the Civil War South,” which explored the worldwide impact of the Civil War on the international economy due to shortages of raw cotton during the war. The talks concluded with rousing remarks from William Hosley, principal of Terra Firma Northwest and former director of the New Haven Museum and Connecticut Landmarks. In “Monumental Achievement: The Civil War and the Making of American Memory,” he documented how our nation’s deadliest and costliest war reshaped America’s culture and values and gave birth to the nation’s monument industry.

Following the presentations in the Museum of Fine Arts, Houston auditorium, symposium participants gathered nearby at the museum’s American decorative arts branch, Bayou Bend Collection and Gardens, for a reception and house tour. Symposium namesake David B. Warren visited with guests in Bayou Bend’s Texas Room and Hall, where they saw rare examples of nineteenth-century Texas-made furniture, pottery, silver, and paintings.

On Sunday an optional study trip offered the chance to view prominent collections of Civil War artifacts. The morning was spent at the Houston Museum of Natural Science to tour Discovering the Civil War, an exhibition co-organized by the National Archives in Washington, DC, as well as a local collector’s companion exhibition, Discovering the Front Line: Highlights from the Nau Civil War Collection. The group then travelled to the facility that houses the Nau materials for a special viewing of the largest and most significant collection of Civil War artifacts in the country, including many Texas-related materials. There, Dr. Joseph T. Glatthaar, Stephenson Distinguished Professor of History at the University of North Carolina, shared the primary findings from his most recent book, Soldiering in the Army of Northern Virginia: A Statistical Portrait of the Troops Who Served under Robert E. Lee. He highlighted the reasons for and the consequences of the Confederacy’s drastic supply shortages during the war and assessed the effectiveness of the army’s efforts in the face of these hardships.

My special thanks to Michael L. Gillette and the board of Humanities Texas for supporting the David B. Warren Symposium’s ongoing mission to increase awareness of the material culture of Texas and the surrounding regions. 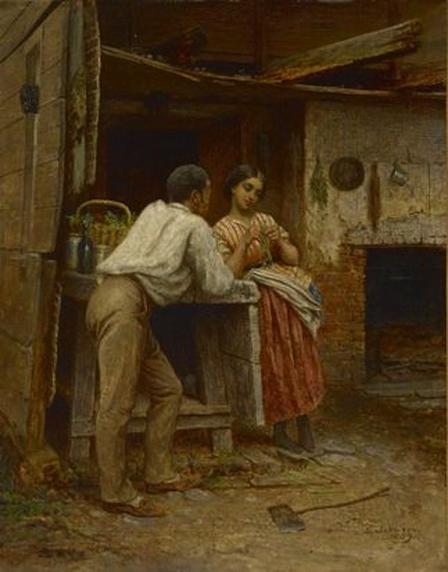 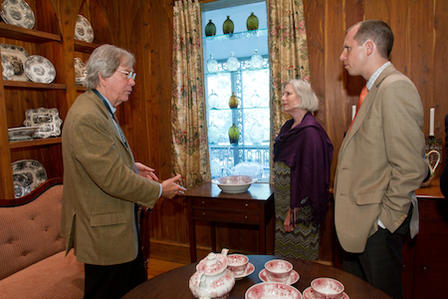 David B. Warren in the Texas Room at Bayou Bend visiting with Jane Karotkin, curator of the Governor’s Mansion, and Jason Busch, the opening address speaker. 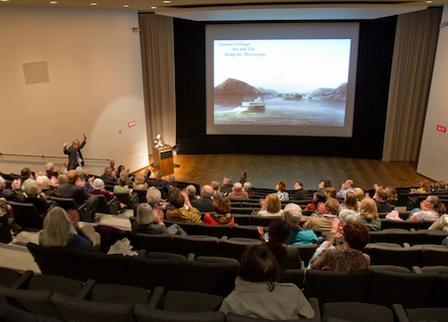 Bonnie Campell (at podium) thanking sponsors and recognizing David B. Warren (standing, left) at the start of the symposium. 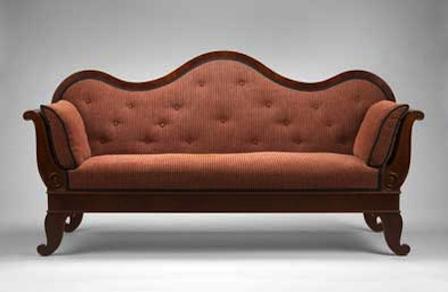