Beginning in August 2008, Humanities Texas will circulate "Russell Lee Photographs," an exhibition by the Center for American History, The University of Texas at Austin. This traveling exhibition of photographs by renowned documentary photographer Russell Lee draws from the magnificent collection that he donated to the Center just prior to his death in 1986. The exhibition offers a rare glimpse into the remarkably accomplished images he produced in 1935 and 1936, when he first took up a camera, and goes on to highlight the vast body of important work that Lee produced from 1947, when he settled in Texas, through 1977.

Fridays with Russell Lee meant good times. We would arrive about eleven thirty and head for the large dining room table with its array of fine scotch. His wife, Jean, would sometimes join us briefly and then disappear. As we chatted in the living room, Jean's two miniature poodles would jump around on the furniture in their ribbons and freshly painted nails. Soon we headed out to eat, usually for barbecue, stopping for a six-pack on the way (beer in the car was legal then). Russ's favorite place was Mueller's in Taylor, about an hour away by Texas country roads. He liked his brisket moist, with a longneck beer. After Mueller's we'd go to a dark old bar by Taylor's railroad tracks for a sausage wrap and a beer and then to Pflugerville for more beer and conversation.

Regulars included Carl Berquist, artist, architecture professor, and raconteur; Mike Murphy, a photo director for the state; and Larry Schaaf and me, both photojournalism teachers. Sometimes there were others we knew, and occasionally a visitor would come to see the famous Russell Lee. Conversations were not dominated by photography. We were just hanging out, enjoying each other's company. But sometimes in the living room Russ would demonstrate how he used his 35 mm camera. He was all over the place, exploring his subject. Or he would be quietly standing with camera held low until he saw the moment; then the camera would rise and return in what seemed to be one graceful movement, passing by his eye as he clicked. If you were the subject, you had to be looking at him at the right second to know you'd been photographed. Thus we learned how Russell Lee got some of the finest candids in the history of photography. We saw what an acute and patient observer he was, and how he could make strangers feel relaxed and open because they felt he was sincerely interested in who they were.

Before he ever used a camera seriously, Russell Lee was well prepared for a career in photography. His youth, with extremes of good and bad fortune, made him into a charismatic yet disciplined person who could charm strangers and work to exhaustion. His birthright ensured freedom from financial worry. His formal education trained him in the sciences, chemistry in particular. His immersion in the visual arts through his marriage to artist Doris Emerick refined both his aesthetic and his social sensibilities. And the Great Depression of the 1930s that devastated the national economy and so many lives was, for Lee, a great opportunity.

Just as he was finishing his personal program of basic photographic training, he was able to join the Historical Section of the Resettlement Administration (later renamed the Farm Security Administration), a federal program to help the rural poor. The small group of photographers who worked there for director Roy Stryker included Dorothea Lange and Walker Evans, two of the most respected names in the history of photography. Their work for the government has become one of history's best-known and most useful photographic collections. Russell Lee produced more of that work than any other photographer before going on to a long but less well-known career as photographer and teacher.

Near the end of his life, as he battled terminal cancer, Lee made careful plans for his life's work. He had invited me to review his files with him and discuss archiving them, and I had asked Dr. Julianne Newton, then also teaching photography at the University of Texas, to work with us. Lee and his wife, Jean, donated his files of negatives, contacts, prints, and associated notes, including his earliest photography and most of what he did after 1947, to the Center for American History at the University of Texas at Austin. The images in this archive of more than 27,000 negatives and 3,500 prints, like Lee's best work for the FSA, are elegant and compelling visual insights into the human condition. Many of them are unknown to the public and have yet to receive the attention and appreciation they deserve. 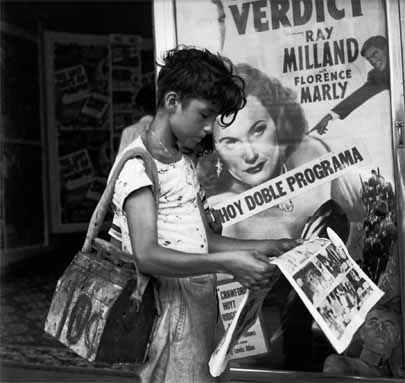