Former Humanities Texas board member Abraham Verghese was awarded the National Humanities Medal by President Barack Obama at a White House ceremony on September 22, 2016. The medal honors an individual or organization whose work has deepened the nation's understanding of the human experience, broadened citizen engagement with history and literature, or helped preserve and expand Americans' access to cultural resources. In presenting the prestigious award, the President praised Dr. Verghese "for reminding us that the patient is the center of the medical enterprise. His range of proficiency embodies the diversity of the humanities, from his efforts to emphasize empathy in medicine to his imaginative renderings of the human drama."

Born in Ethiopia, Verghese emigrated to America when civil war interrupted his medical studies in Addis Ababa. After completing his medical training at Madras Medical College in India, he returned to the United States for a medical residency in Johnson City, Tennessee. His interest in writing led him to study at the Iowa Writers Workshop at the University of Iowa, where he earned a Master of Fine Arts.

In 1991, he joined the faculty of Texas Tech Health Sciences Center in El Paso as professor and chief of the Division of Infections Diseases. He moved from El Paso to San Antonio in 2002, where he was the founding director of the Center for Medical Humanities and Ethics at the University of Texas Health Science Center at San Antonio. There, he developed a humanities and ethics curriculum that was a key component of all four years of the school's medical program. While in San Antonio, Dr. Verghese served on the Humanities Texas board of directors from 2006 to 2008. He generously supported the capital campaign to purchase and restore the historic Byrne-Reed House.

He has also written a number of books, including My Own Country: A Doctor's Story and The Tennis Partner: A Story of Friendship and Loss. His first novel, Cutting for Stone, remained on the bestseller list of the New York Times for over two years after its publication in 2009. 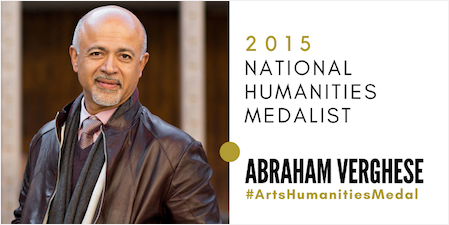 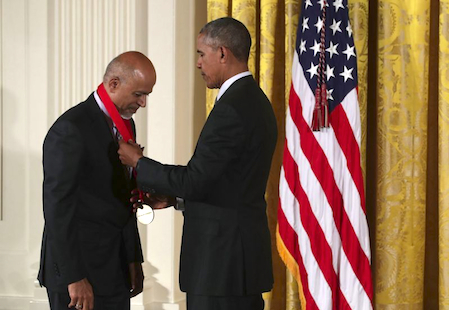 The humanities medal was presented to Abraham Verghese by President Obama during a ceremony in the East Room of the White House on September 22, 2016. Photo by Alex Wong/Getty Images. 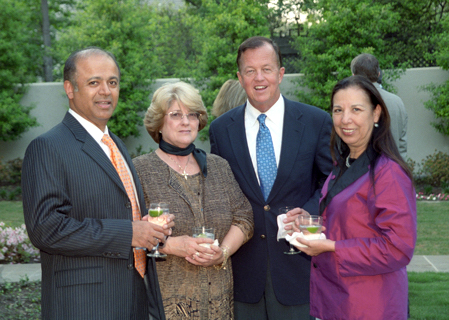 Left to right: Abraham Verghese, Linda Valdez, Joe Krier, and Norma Cantú at a reception for the Humanities Texas board of directors in Dallas on April 20, 2007. 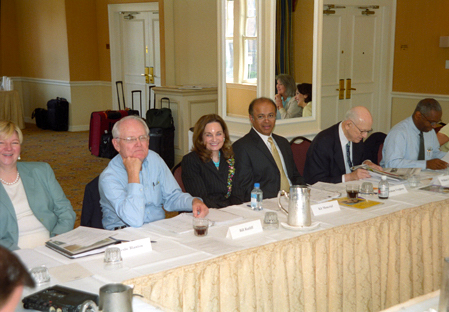