The 2009 Humanities Texas Awards recently recognized six remarkable Texas citizens and organizations. These recipients have enriched the cultural life of their communities to such an extent that the entire state has benefited. In recognizing their contributions, we hope their examples will inspire others.

Frances Brannen Vick is an outstanding example. The former classroom teacher founded two publishing entities, including the University of North Texas Press, which she directed for twenty years. In addition to publishing more than 170 titles, Fran co-authored an important, award-winning biography, Petra’s Legacy: The South Texas Ranching Empire of Petra Vela and Mifflin Kenedy. Fran has also made significant contributions in her leadership of prominent statewide organizations. As president of the Texas State Historical Association, she facilitated that organization’s transition to its new home at the University of North Texas and its acquisition of the Texas Almanac. She has also served as president of the Texas Institute of Letters while continuing to take an active role in such organizations as the Texas Book Festival Advisory Committee, the Book Publishers of Texas, the University of Texas Development Board, the Advisory Board for Texas A&M University Press, and the President’s Council of the University of North Texas. As Representative Myra Crownover observed in her letter of nomination, Fran “is an example of the best of our state—accomplishment through hard work, humble in her assessment of herself, and loyal to friends and colleagues.” No wonder she received the Humanities Texas Award for individuals.

The two finalists for this award also have records of extraordinary accomplishment. Dr. Idris Rhea Traylor Jr. of Lubbock has served on the boards of the Louise Hopkins Underwood Center for the Arts, Ballet Lubbock, the National Exhibits Foundation, St. Mary’s Hospital, and the Lubbock Arts Festival. The retired Texas Tech historian and executive director of the university’s Office of International Affairs was also a founder and the first director of the International Cultural Center and has been an active trustee of the Museum of Texas Tech University Association. Traylor, in the words of Texas Tech’s Associate Vice Provost James Brink, is “the most ‘involved’ Tech faculty member in our history,” and “a vigorous consumer and purveyor of art and architecture, biography, history, literature, and music.”

In San Antonio another scholar has profoundly enriched the cultural life of the community beyond her college campus. Through the inspiration and leadership of Nan Cuba, Gemini Ink has evolved from a kitchen-table gathering of aspiring writers into a heralded, multifaceted literary center with three thousand members and an ambitious portfolio of programs. The nonprofit organization sponsors a dramatic reading series; classes in writing, literature, and philosophy; a lecture series; and a Writers in Communities initiative that provides professional writers to schools and other institutions. Cuba is presently an assistant professor of English at Our Lady of the Lake University, where she organizes a prestigious annual literary festival. She is, as her colleague Ann Kolakowski described her, “cheerleader and coach, rainmaker and mentor, craftsman and editor, patron and artist.”

Humanities Texas Award nominees in the organizational category have also been extraordinarily resourceful in maximizing the impact of their programs. The Museum of the Big Bend at Sul Ross University received the award for its remarkable range of activities. Under the leadership of director Larry Francell, this relatively young institution launched a successful capital campaign to restore its original stone building and create an impressive permanent exhibition. After acquiring the Marty and Yana Davis Map Collection, the museum developed a two-year traveling exhibition based on the collection. In addition to its extensive educational programming for school children in Brewster, Presidio, and Jeff Davis counties, the museum hosts regional workshops and tourism meetings. Chuck Hunt, superintendent of the Fort Davis National Historic Site, notes that “the museum has transformed itself into an outstanding portal to the entire Big Bend region,” combining “the best the region has to offer in terms of geography, paleontology, archeology, native cultures, Spanish colonial history, southwestern American history, social history, and the arts.”

Another portal, the University of North Texas Libraries’ Portal to Texas History, received one of two finalist awards for its acclaimed digital gateway to collections held in repositories throughout the state. Selected by the National Endowment for the Humanities website EDSITEment as one of the best online resources for education, the Portal to Texas History serves more than a hundred thousand unique visitors worldwide each month. Its resources now include thirty-four collections and more than 354,023 digital files. This innovative project exemplifies the significant investment that UNT has made in Texas history.

The Panhandle Plains Historical Museum in Canyon is the other Humanities Texas Award finalist in the organizational category. Its Gen Y educational initiatives have extended the prestigious museum’s educational resources to youthful audiences via dynamic public programming, the creative use of social networking sites such as MySpace and Facebook, and the development of multimedia learning tools such as podcasts and vodcasts, in which it ranks among the top ten museums worldwide. The Gen Y programs have fostered awareness, interest, and participation among an age group that doesn’t always consider museums as priority destinations.

Humanities Texas is pleased to recognize the contributions that these remarkable individuals and organizations have made to our state’s cultural life. 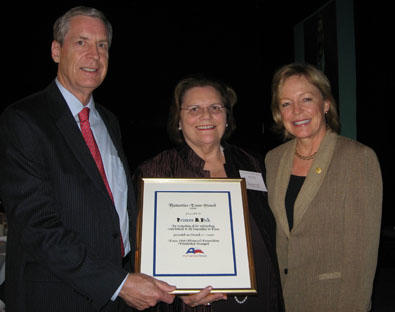 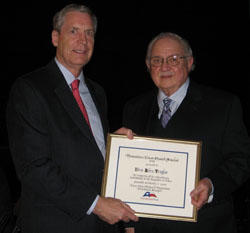 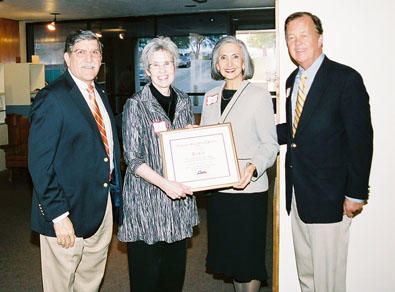 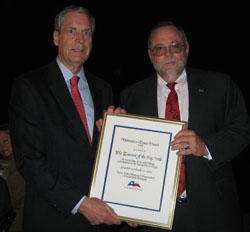 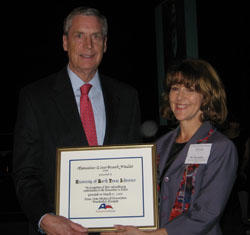