George H. W. Bush: The Benefit of a Short Memory

Many years ago, I had lunch with a man who knew his way around Harris County politics, especially the bare-knuckled variety of Pasadena, his hometown. At one point in the conversation, I raised my index finger to intone, "The most important thing to have in politics is . . ." I forget whatever deathless dictum I planned to proclaim; I just remember that my friend finished the sentence for me: "A short memory!"

The wisdom of this truly important thing was shown by the life of the late President George H. W. Bush. He was a man who lived in the present and the future, not the past. Bush was always excited about what he was doing or planning to do, and he was always interested in what you were doing, too. He didn't much care about the dead past, including his own. This very Texan, forward-looking attitude was in contrast to that of most denizens of Washington, DC, who focus on someone's current status and are quick to recall the highlights (and low lights) of that person's past, no matter how distant.

I became aware of Bush's short-term memory not when he was in his nineties but four decades earlier, in 1977. He had signed me as ghostwriter on a proposed memoir for which I interviewed him during two glorious summer weeks in Maine. The topic one afternoon was the resignation of Richard Nixon and the advent of Gerald Ford. Soon after he became president, Ford asked Bush (then chairman of the Republican National Committee) what he wanted to do in the new administration. The answer: to be U.S. envoy to China.

Why China? I asked, not-unreasonably. Although his talk with Ford had occurred only three years before our interview, and, although it was a major turning point in his life, Bush couldn't recall why.

Fast-forward to the year 2000 and another conversation in Maine, this one with Marlin Fitzwater, who had been Bush's press secretary in the White House. We had just come from a gathering at the big family house in Kennebunkport where scholars from the University of Virginia were conducting an oral history of the Bush presidency. Bush knew he couldn't answer questions like, "What were you thinking when the Berlin Wall came down?" So he summoned a mass of ex-staffers to provide their own recollections, something we were all quite eager to do.

Driving away from Walker's Point, Marlin expressed consternation at our former boss's inability to recall even monumental moments. I said that memory is like a chest of drawers that people like us delight in opening, pulling out a treasured object and lovingly turning it over in our minds before putting it back in the chest. "George Bush," I said, "never opens those drawers."

Bush's short-term memory may have confounded his staff and historians but never himself. After all, he could always turn to his wife Barbara, who never forgot a thing. (Also equipped with a steel-trap memory is their son George W.)

Sometimes Bush's disinterest in the past led to embarrassing moments. In 1981, during his first year as Ronald Reagan's vice president, an NBC reporter asked if he had revised his view that the president's fiscal policy was "voodoo economics." Bush denied he had ever said such a thing. Of course he had: The unforgettable phrase (the creation of his campaign press secretary, Peter Teeley) had been used against Reagan in the Pennsylvania Republican primary only a year earlier. The reporter and all else were aghast: Bush was not known for lying; why would he make such an astonishing claim?

Bush had to backtrack when NBC easily produced film of his pronouncing the words "voodoo economics," and he graciously apologized to the reporter—typically, in a handwritten note. I believe that to Bush the 1980 primary campaign was all a messy, unpleasant time when he had to attack the man who subsequently put him on the GOP national ticket, who was now his friend and whose economic program he was working feverishly to promote. He had truly erased those days and those words from his mind.

If this act of forgetting served to strengthen his relationship with Reagan, there were other examples in George Bush's political life of the usefulness of a short memory. The earliest came in 1974, shortly after Ford granted Bush's wish and designated him "chief of the U.S. liaison office" in Beijing. (At the time, the U.S. and China did not have full diplomatic relations, so Bush was never officially ambassador.)

Before leaving for what was then called Peking, Bush asked Secretary of State Henry Kissinger if he might read memos of Kissinger's meetings with Mao Zedong and Chou Enlai. The secretary agreed but had his assistant Richard Solomon sit in the room with Bush as a minder. What did Kissinger and Solomon think Bush would do: tear up the documents and swallow them? It was a calculated act of humiliation to make clear to Bush that he was not, and never would be, a true insider on China policy. Yet fifteen years later President Bush, by then a respected China hand himself, appointed Solomon Assistant Secretary of State for East Asian Affairs.

As Senate majority leader throughout Bush's presidency, George Mitchell (D-Maine) did what the opposition is supposed to do: oppose, with devastating effectiveness. Despite the blows Mitchell delivered on a regular basis, Bush just as regularly invited him to fly to Maine on Air Force One.

Another senator, Sam Nunn (D-Georgia), engineered the single greatest defeat of the first Bush Administration by torpedoing the president's nomination of former Texas Senator John Tower to be Secretary of Defense. This was one of the few times in U.S. history that a Cabinet nominee failed confirmation, and it was the first-ever time for a new president. Yet Bush later gave Nunn's daughter the major job of heading his Points of Light Foundation.

The typical politico would never have forgotten or forgiven such insults and defeats. Solomon would have been sent to Ulaanbaatar to stamp passports; Mitchell would have had to fly commercial to Portland; and Ms. Nunn would have been told to seek other employment. If Bush remembered these rebuffs at all, he put aside such petty thoughts. As someone who looked ahead rather than behind, he saw no benefit from harboring grudges. On the contrary, he might gain an expert in a key post or demonstrate some of the "civility" in interpersonal dealings that we miss in today's Washington.

When Bush died last fall, the best eulogists spoke to his ingrained traits of friendship, loyalty, honorable service, and good manners. These informed his leadership and his humanity. But to these could have added one thing more: a short memory.

Chase Untermeyer, a member of the board of Humanities Texas, grew up in Houston, Texas. He graduated from Harvard College with honors in 1968, after which he served as an officer in the Navy until 1970. After successive careers in journalism and politics, culminating in two terms in the Texas House of Representatives, Untermeyer was invited to Washington, DC, to work for newly elected Vice President George H. W. Bush.

He would hold several posts during the Reagan and Bush administrations, including executive assistant to Vice President Bush (1981-83), Assistant Secretary of the Navy under President Reagan, and director of presidential personnel under President George H. W. Bush (1989-91). He also served as U.S. ambassador to Qatar under President George W. Bush from 2004 to 2007. From the daily journals he kept, he has authored two books on his time in Washington, Inside Reagan's Navy: The Pentagon Journals and When Things Went Right: The Dawn of the Reagan-Bush Administration. 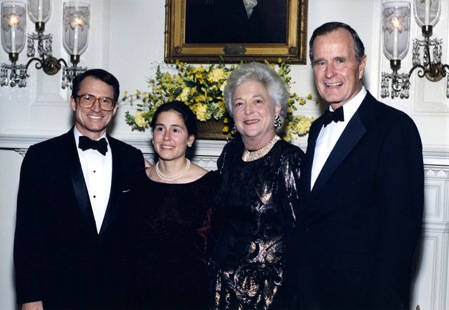 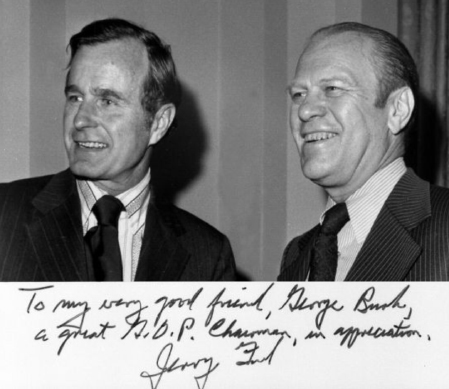 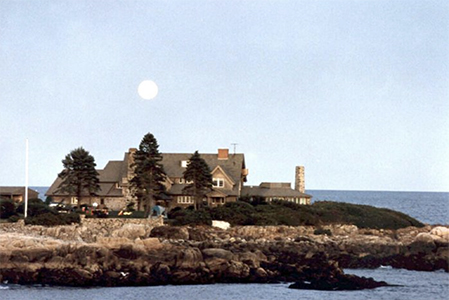 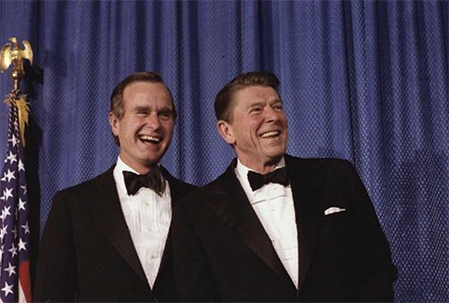 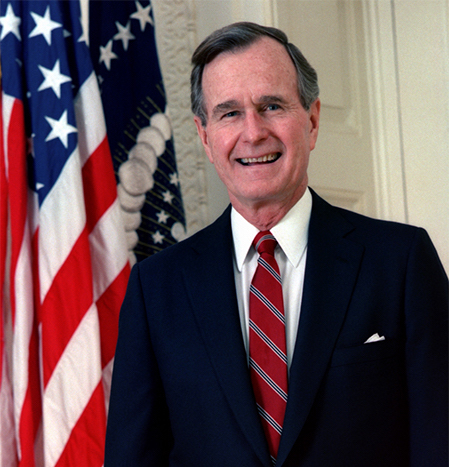 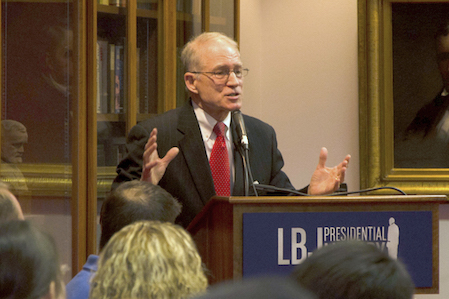 Chase Untermeyer delivers a lunchtime lecture on the West Wing of the White House at the Austin teacher institute on "American Presidents and the Nation, 1970–2000."