This September, Humanities Texas will hold screenings in Austin and Houston featuring excerpts from the forthcoming documentary film The Harvest. Following the screenings, the film's director, Douglas A. Blackmon (Pulitzer Prize-winning author of Slavery by Another Name: The Re-Enslavement of Black Americans from the Civil War to World War II), will participate in a panel discussion and Q&A session.

Using archival film and footage shot by Blackmon and Academy Award-nominated producer Sam Pollard over two decades, The Harvest tells the story of one small Mississippi town's struggle to integrate its public schools. Shown through the eyes of black and white children at the height of the civil rights movement, the film examines the transformation all of America would experience in the following years.

Following the preview, Blackmon will participate in a panel discussion with Roland C. Hayes, director of the African-American Cultural Center and professor of history at Austin Community College; Andrea Holman, assistant professor of psychology at Huston-Tillotson University; and Leonard N. Moore, vice president of the Division of Diversity and Community Engagement and George Littlefield Professor of American History at The University of Texas at Austin. The discussion will be moderated by Ricardo Ainslie, filmmaker and M. K. Hage Centennial Professor in Education at The University of Texas at Austin.

Following the preview, Blackmon will participate in a panel discussion with Karen Kossie-Chernycshev and Merline Pitre, professors of history at Texas Southern University; Howard E. Jefferson to tomorrow's panel, chairman of Protectors Insurance and Financial Services, LLC. and Protectors Health Partners, LLC and member of the National Board of Directors of the NAACP; and John Guess Jr., CEO of the Houston Museum of African American Culture. The discussion will be moderated by Sibyl Avery Jackson, film producer and screenwriter.

These screenings are free and open to the public and are made possible by a Humanities and the Legacy of Race and Ethnicity in the United States grant from the National Endowment for the Humanities. 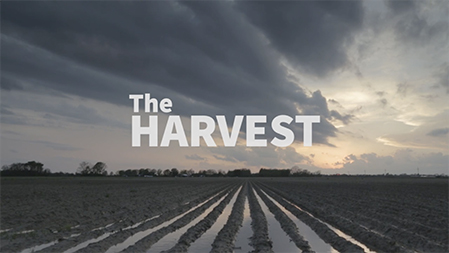 Title card from the documentary film The Harvest. 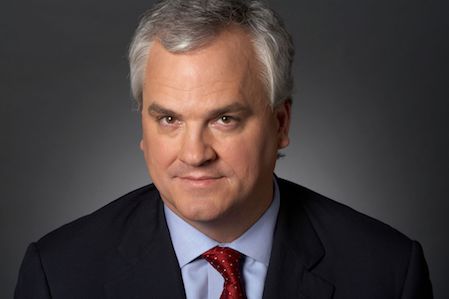 Douglas A. Blackmon, director of The Harvest and Pulitzer Prize-winning author of Slavery by Another Name: The Re-Enslavement of Black Americans from the Civil War to World War II. 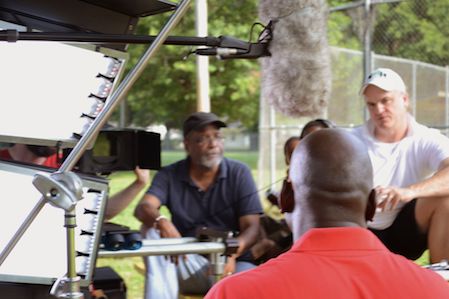 Blackmon with producer Sam Pollard (left) on the set of The Harvest. 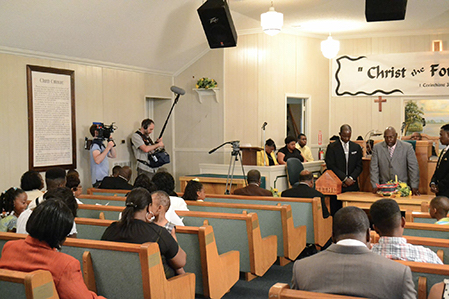 Filming The Harvest in Leland, Mississppi.