History and Heritage at Bayou Bend

"Texas, an empire in itself, geographically and historically,
sometimes seems to be regarded as remote or alien to the rest
of our nation. I hope in a modest way that Bayou Bend may serve
as a bridge to bring us closer to the heart of an American heritage
which unites us."

Scholars, students, collectors, and museum-goers will gather at the Museum of Fine Arts, Houston from October 30 to November 1, 2009 for the second biennial David B. Warren Symposium. Humanities Texas is proud to provide grant support for the symposium, which honors the founding director emeritus of the Bayou Bend Collection and Gardens and celebrates his passion for American material culture. Through lectures and discussions, five distinguished scholars will explore the art and material culture of Texas, the South, and the Southwest before 1900, situating it within the context of national and international heritage.

The setting could not be more appropriate to the occasion. The symposium's opening reception will be held at the Bayou Bend Collection and Gardens, Ima Hogg's former home. Bayou Bend, which houses the Museum's collection of early American art, was designed to reflect the history, culture, and climate of the Texas Gulf Coast while incorporating European architectural influences.

On Friday, October 30, and Saturday, October 31, attendees will enjoy thought-provoking lectures on topics such as German-Texan architecture, nineteenth-century Romantic painters in Texas, and Southern landscape painting before 1900. Architect Russell Versaci will deliver the keynote address on Friday evening, entitled "Southern Roots of Home: Building an Architectural Legacy." Mr. Versaci is known for his combination of modern building techniques with heritage architectural styles.

On Sunday, November 1, architectural historian Steven Fox will lead a bus and walking tour of 19th-century architecture in the Houston area, followed by a presentation and private tour of a Houston couple's major collection of Texas art. Houston, particularly its Sixth Ward, is rich in Gulf Coast Colonial, Folk Victorian, and Queen Anne houses, among other noted architectural styles. 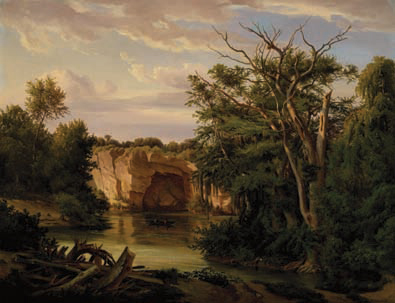 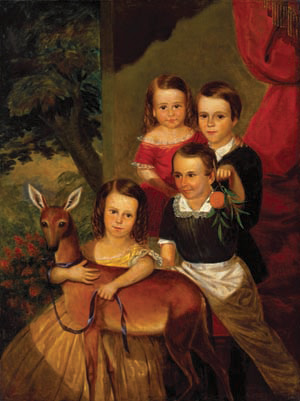 Thomas Flintoff, Portrait of the Jones Children of Galveston, c. 1853, oil on canvas, the Museum of Fine Arts, Houston, the Bayou Bend Collection, gift of Miss Ima Hogg, B.59.132.