The Brownsville Historical Association and Shirley and Clifton Caldwell of Albany have been named the inaugural recipients of the Humanities Texas Award. Established in 2007, the annual Humanities Texas Award recognizes imaginative leadership in the humanities on a local, regional, or state level. The winners receive a cash award of $5,000.

The Caldwells, who live in Albany, have promoted Texas history and historic preservation for nearly four decades through philanthropy, civic leadership, independent scholarship, and entrepreneurial activity.

Both Mr. and Mrs. Caldwell have authored books exploring Texas history. Clifton published Fort Davis: A Family Frontier Fort in Shackelford County, Texas and Mommy, What’s for Supper? and coedited This Is What I Remember: A Boy’s Life in Louisiana and Texas, 1862–1869. Shirley coauthored For 500 Years: The Shackelford County Courthouse. Together, they established the Clifton and Shirley Caldwell Texas Heritage Series at the University of Texas Press and are proprietors of The Lynch Line, an Albany bookstore specializing in Texas and Western history.

In his letter nominating the Caldwells for the award, F. Lawrence Oaks, executive director of the Texas Historical Commission, praised the couple’s record of service. "Clifton and Shirley Caldwell have dedicated decades of their lives and significant largesse to the research, publication, preservation and promotion of Texas history and letters," Oaks wrote. "They embody the best qualities of what is known as the 'Texas spirit': independence, courage, generosity, and humor."

The Brownsville Historical Association (BHA) develops and sponsors public programs exploring the history, heritage and cultural arts of the Rio Grande Valley. For six decades, the BHA has supported the educational and cultural growth of South Texas and has catalyzed the redevelopment of historic downtown Brownsville by sponsoring various educational programs and walking tours. In 2005, the BHA revised its mission statement and strategic plan, redoubling its efforts to provide accessible and compelling humanities programs for Rio Grande Valley residents and tourists alike. Attendance figures at BHA museums and programs have since quadrupled.

In recent years the complex has become a "town square" where community members can have conversations about history, heritage, and cultural arts. The association's educational humanities programs for adults and children, many free to participants, have increased heritage tourism in downtown Brownsville.

The Humanities Texas Award selection committee also voted to recognize six finalists. Individual finalists include David Champion of Weslaco, who has documented and promoted the appreciation of the culture of the Rio Grande Valley; Farid Mohammadi of Austin, the founder and director of Texas Nafas, an organization that seeks to promote poetry and enlarge the role it plays in peoples’ lives; and Melissa Waddy Thibodeaux of Houston, who has performed as Rosa Parks, Harriet Tubman, and Sojourner Truth for audiences in Texas and throughout the U.S. and has developed curricula emphasizing literacy and African American history.

Organization finalists are Art's for Everyone of Encinal, which offers arts education and cultural activities to rural populations in South Texas; the Austin Public Library, for the Second Chance Books Project, which has circulated more than 20,000 books to thousands of incarcerated teens; and the Library Club of Menard, which oversaw fundraising and construction of the Menard Public Library's recent expansion and transformed the library into a vital cultural center.

Humanities Texas will recognize the winners and finalists at a reception in January at the Texas Capitol, as well as at receptions in Albany and Brownsville. The organization will issue a call for nominations for the 2008 Humanities Texas Award in the spring. 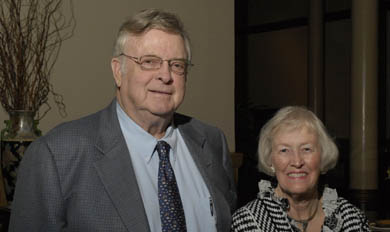 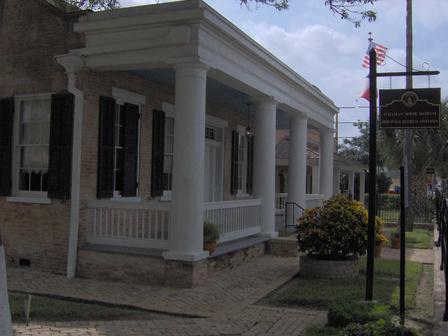 The Stillman House Museum, operated by the Brownsville Historical Association.