The feature documentary This Ain't No Mouse Music!, which received a Humanities Texas media grant in 2005, will have its world premiere next month at the South by Southwest Film Festival in Austin.

The film will be screened multiple times during South by Southwest. See the Humanities Texas online events calendar for more information. 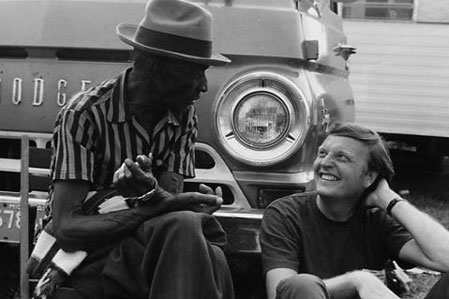 Mance Lipscomb and Chris Strachwitz in the late 1960s.