Humanities Texas is still accepting nominations for our Outstanding Teaching Awards! If you know of an exceptional humanities teacher in your community, nominate him or her between now and December 12, 2012. Winners will receive a $5,000 cash award and an additional $500 for their schools to purchase humanities-based instructional materials.

Jessica Halfmann, an English teacher in Veribest ISD, said, "Mrs. Cooper has singlehandedly created an interesting and dynamic social studies curriculum that she implements flawlessly. Her students have great success on state assessments, but more importantly, they enjoy learning history. She is an excellent teacher who is admired by her peers, revered by her students, and loved by everyone on campus."

"I believe that the best teaching is hands-on," said Mrs. Cooper. "Students like to be creative and they like to be in control of their own learning. When designing lessons, I try to incorporate things that they are interested in such as music, art, and even Facebook."

Jeanne Cohen, a former teacher at Richardson High School, said that Mrs. Hofeditz "embodies the finest attributes of a teacher with her broad range of knowledge of the humanities, her rigorous and organized approach to curriculum, and her skill in building a powerful rapport with both her students and her peers."

Mrs. Hofeditz challenges her students with classroom activities and assignments that require them to not only read and write analytically, but also develop personal and meaningful connections to the literature they study.

"In creating lessons, I always attempt to include relevant connections to the student," said Mrs. Hofeditz. "Classical literature is classical because it reveals human behavior, no matter the society, the language, or the century in which it was written. The lessons learned, whether from Candide or Hamlet, are lessons appropriate for today's seniors—worthy of contemplation and discussion."

Dottie Vinzant, social studies department chair at Northwest High School, said Mr. Cooper "continually searches for new content to bring to his students and makes every effort to instill in them a love for learning and an openness to keep in touch with current events. Moreover, he incorporates a knowledge of literature and the arts in his classes, demonstrating to his students the advantages of a well-rounded education."

"I want [my students] to see that the government is not a separate entity from them," said Mr. Cooper. "My class, in short, is intended to be an incubator for politically involved citizens."

As a sponsor of the after school, student-led Philosophy Club, Mr. Cooper invites students to take a deeper look into the topics that they cover in class.

"Each session we focus on a particular think or philosophic problem," said Mr. Cooper. "Students this age are already asking the important fundamental questions."

Michael L. Gillette presented Wendy Warren with an award on October 16, 2012. Mrs. Warren teaches U.S. history and Holocaust and genocide studies at Hastings High School in Alief Independent School District, where she chairs Textperts, a committee she helped found in 2005 that works to improve literacy on campus.

Jennifer Parker, principal at Hastings High School, said, "One of Mrs. Warren's most notable qualities is that she advocates excellence for every student in her room. Success is the only option. This belief is contagious, and her students diligently work to accomplish goals they set in her classroom."

In 2011, Mrs. Warren developed the "Think through the Summer" program at Hastings High School, collecting over eighteen thousand donated books for a summer book fair in which students each chose three books for summer reading.

Two years ago, Mrs. Warren piloted the first Holocaust and genocide studies elective in the district. While studying about the Holocaust and other twentieth-century genocides, her students learn about tolerance, understanding, and active citizenship.

"I believe it is vital that our students have the critical thinking skills needed for a rapidly changing world," said Mrs. Warren. "The other half of my philosophy is to create good citizens—an important component of social studies education." 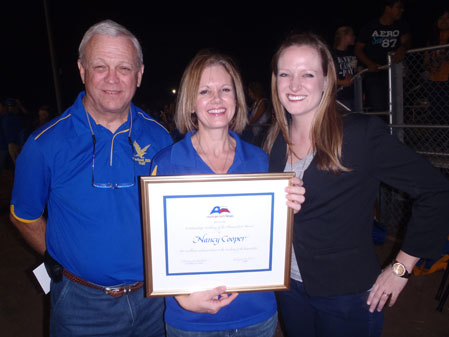 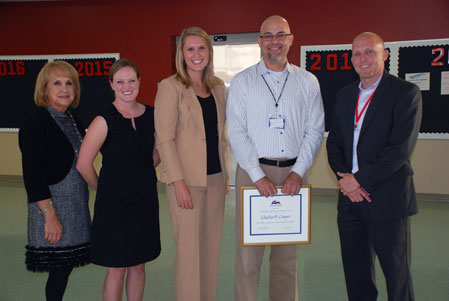 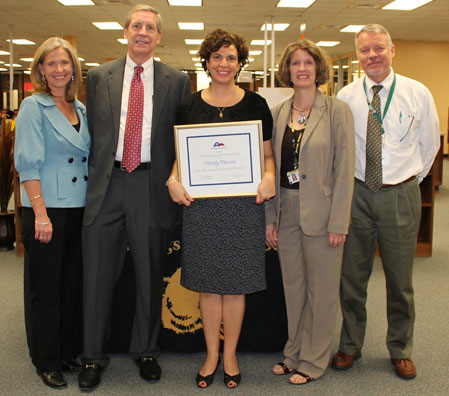