James F. Veninga: A Life in the Humanities

Jim Veninga, who died on January 10, 2014, devoted most of his professional career to Humanities Texas. After joining the staff of the state humanities council in 1974, he served as its executive director for twenty-two years from 1975 to 1997. Under Jim's leadership, the Texas council supported many initiatives of national significance, including the Texas Women's History project, a wide-reaching project on the future of education in Texas, and a groundbreaking program that explored the meaning of the Vietnam War. His wife Catherine Williams edited the Texas Journal of Ideas, History and Culture, another of the organization's most significant achievements.

After retiring from Humanities Texas, Jim directed the Salado Institute for the Humanities, and served as dean of the University of Wisconsin-Marathon County, where his legacy includes the UW Center for Civic Engagement. In 2012, he discussed the evolution of his career in a series of oral interviews, excerpted in the January 2013 e-newsletter article "A Conversation with Jim Veninga." Most recently, Jim reflected publicly on the efforts to shape a public humanities movement at Humanities Texas's Fortieth Anniversary Program in December 2013.

Wherever he went, Jim promoted open dialogues and opportunities for diverse, inclusive public participation. He won the trust of others with his warmth, sincerity, and humility. Jim's dedication to the humanities will continue to guide and inspire all of us at Humanities Texas for years to come.

Catherine Williams, founding director of the Texas Humanities Resource Center and editor of Texas Journal of Ideas, History and Culture.

Catherine Williams read the following poem, written in dedication to her husband, at a memorial service for Jim on January 25, 2014.

Heart of my Heart,
Soul of my Soul,
My Friend.

Love of my Life,
I come here today to stand beside you,

We cánnot see you now, today,
But I see us through all these many years:
Laughing — Oh, laughing yes!
Weeping,
Searching,
Holding our breaths in wonderment:

I cánnot hold your hand today,
But I will forever feel
your hand in mine,
Now, and in the unfathomable, inscrutable — beyond everything we can imagine —
Mystery.

Heart of my Heart,
Soul of my Soul,
My Friend:

To walk with you
Into the future of our love.

I will forever be grateful for my ten years working with Jim. These were the most formative years of my career, both professionally and personally. His incredible passion for the public humanities set an example for me, while his leadership fostered my understanding of the humanities and the role of the state councils. His belief and commitment to the National Foundation on the Arts and Humanities Act of 1965 was profound. Many times through the years I have drawn inspiration from his strength, his character, and his commitment to the humanities.

Esther Mackintosh, president of the Federation of State Humanities Councils

Those of us who believe that the engagement of the public with the humanities is crucial to our democracy owe Jim Veninga a huge debt. He devoted his life to thinking deeply and writing clearly and eloquently about this connection.

As director of the Texas humanities council, Jim had already been busy breaking ground in the public humanities world when I became director in California in 1983. What immediately caught my attention was a book he co-edited with Harry Wilmer, Vietnam in Remission, which published papers given at a public symposium he had helped organize in October 1982. After the long public silence that followed the end of the war in Vietnam, a few discussions began to appear in the early 1980s, and this symposium was one of the first to break the silence on a very important national experience. He was a pioneer in many ways, but I think this approach was also characteristic of Jim: take an important public question, find an array of scholars and artists, and hold a public conversation.

You see the approach again in a paper Jim and I co-wrote called "Making Connections: The Humanities, Culture, and Community." It's a paper, archived by the ACLS [American Council of Learned Societies] as an "occasional paper," and one which is still provocative today in its analysis and its challenges. In his section of the paper, Jim laid out five BIG questions for a national conversation. "The starting point," he wrote, "is for us to listen to our fellow citizens, to take into account their deeply felt questions and concerns, and to find ways to bring humanistic learning to bear on those questions and concerns." I believe the impulse of all great teachers is to start with the questions of their students, and Jim brought that impulse into the work of the public humanities.

I just want to hold up what an inspiring colleague Jim was and to say, to one of the communities that benefitted from his work, how very sorry I am that he's no longer with us.

Jim Veninga was—and will always be, in my book—the best in the business of the public humanities. He brought great intelligence, compassion, modesty, generosity, and sincerity to everything he did.  You only meet a Jim Veninga once in a lifetime.

Robert C. Vaughan III, president of the Virginia Foundation for the Humanities

We were contemporaries, the same vintage within the state humanities programs, working together with a creative band of mostly young scholars to envision the humanities beyond the university, a task one might say was charting the uncharted, defining the undefined, and confounding the certain. Many of us considered Jim the intellectual leader.

Being together last month [at the Humanities Texas fortieth anniversary celebration] in Austin was a joy. I will remember it now as a blessing that you and the staff and board of Humanities Texas bestowed on us.

Jim Veninga had a remarkably clear and cogent understanding of our mission and an unsurpassed ability to articulate that understanding for all of us. His collection of essays, The Humanities and the Civic Imagination, sits on my shelf within arm’s reach. It is as pertinent and useful today as it was when it was published fifteen years ago.

Veninga belongs in the public humanities pantheon alongside Ev Albers and Bruce Fraser. Each of them made different and enormously valuable contributions to our work.

Jim served on our board and contributed so much both to the WHC [Wisconsin Humanities Council] and to Wisconsin through the creation of the University's Wisconsin Institute for Public Policy and Service. He was thoughtful, funny, incredibly smart, and deeply committed. His legacy, thankfully, will continue in the good work that is being done here and around the country by people he inspired.

Robert G. Buss, executive director of the Hawai'i Council for the Humanities

Jim was a truly inspirational leader in the public humanities and a wonderful leader.

He was Ka pouhana—"the main post"—the person on whom others depend for leadership, guidance, and help, the mainstay of the family (from 'Olelo No'eau: Hawaiian Proverbs and Poetical Sayings, compiled by Mary Kawena Pukui).

Jim was on the Federation [of State Humanities Councils] board when I was on the staff in the 1980s—a wonderful, thoughtful man with a great sense of humor.

I'm sorry that I never had a chance to know Jim Veninga. In reading the obituary you forwarded, I was struck by the quote from his 1995 report to the NEH [National Endowment for the Humanities]:

"Increasingly we will need citizens in touch with history and culture, knowledgeable of the world around them, at home with ideas, able to understand the increasingly difficult choices that we are required to make as individuals and as a nation, and eager to engage their fellow citizens in discussion of those choices. The alternative to this vision of a learning society is a state and a nation of isolated and devalued individuals forced to endure repeated clashes of opinions and convictions, not open to nor tolerant of the dignity and freedom of others, and unable to work toward shared values and commonly held goals in a thinking society. There is no need for that to happen."

I think that's our national message in a nutshell.

I am deeply saddened, as well as immensely grateful that I had the privilege of working with Jim, albeit all too briefly. He has left us all, and most especially Texas, a great legacy; we must work like Jim to keep that legacy and make it resound across the world.

Barry Liss, associate professor of communication and theatre arts at the University of Wisconsin-Marathon County

"The Brave Fight Now Over," In Memoriam of James F. Veninga

The brave fight now over, you old friend so dear
Cascading down our cheek a soft, bitter tear
You who rose above the rest
How fortunate we were blessed
To share those moments for a while
We held your warmth and felt your smile
The depth of wisdom’s light perceived
When others doubted you believed
That peace, love, thought and art
Develops the soul and aids the heart
You man of words with trenchant mind
You friend and mentor, bold and kind
Though your absence leaves us in a melancholy state
We reflect upon your joyous life and fondly celebrate
The gift to have known you and all you represent
The brave fight now over, your respite from the ascent 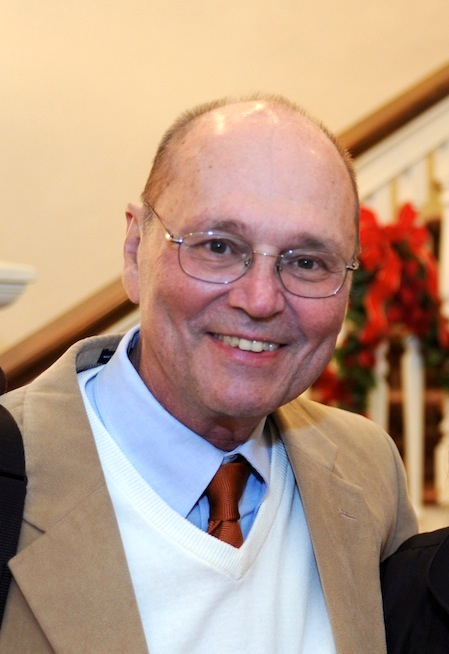 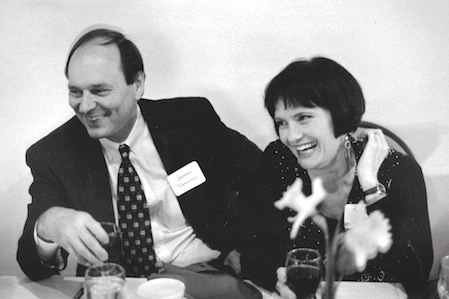 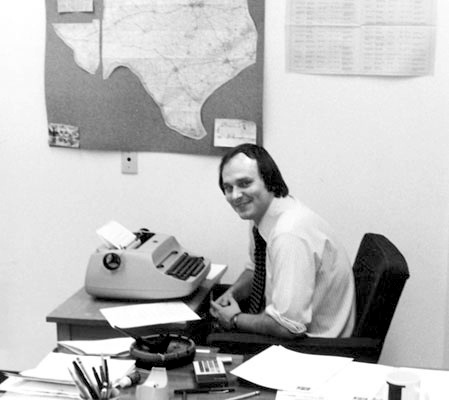 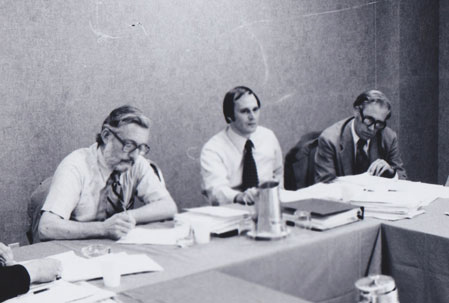 Jim Veninga at a 1977 board meeting with Jack Carlson (left), the council’s second board chair, and Bob Wallace (right). 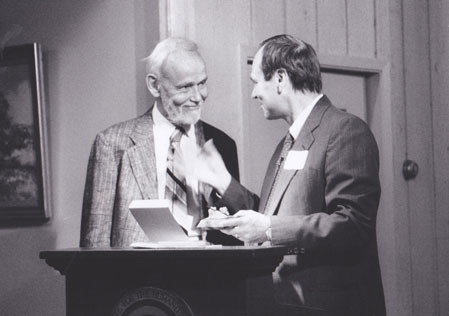 Jim Veninga with world religions scholar Huston Smith at a program sponsored by the Salado Institute for the Humanities, 1987. 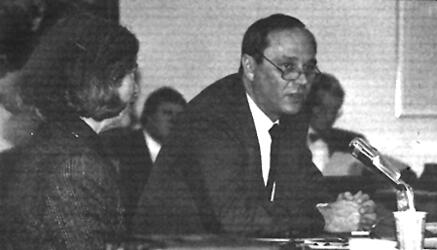 Jim Veninga testifying to Congress in April 1988 with Nancy Stevenson, then president of the Federation of State Humanities Councils, in support of funding for the National Endowment for the Humanities. 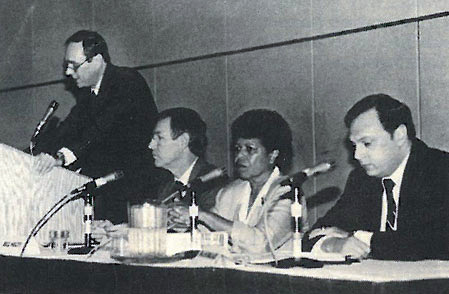 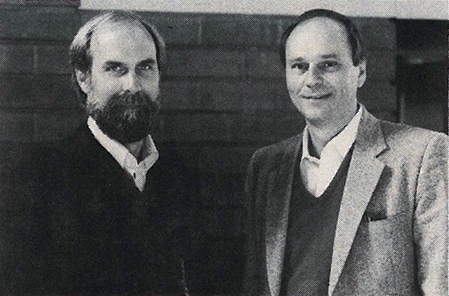 Dr. James Quay, former director of Cal Humanities, and Jim Veninga at the October 1989 meeting of the National Task Force on Scholarship and the Public Humanities. 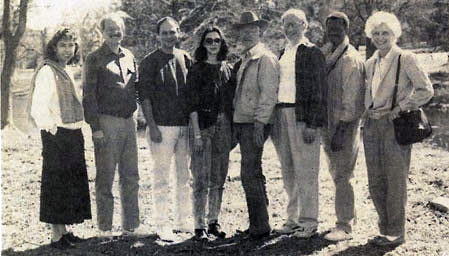 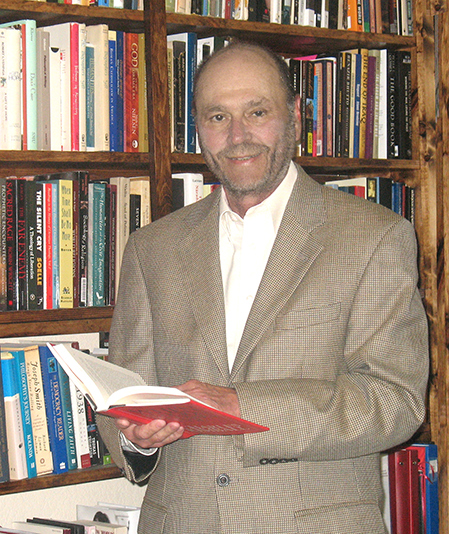 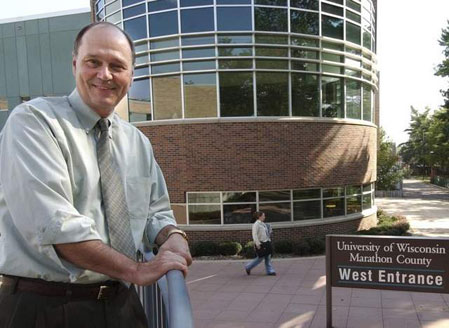 Jim Veninga in 2006 at the University of Wisconsin-Marathon County, where he served as dean from 2000–2007. 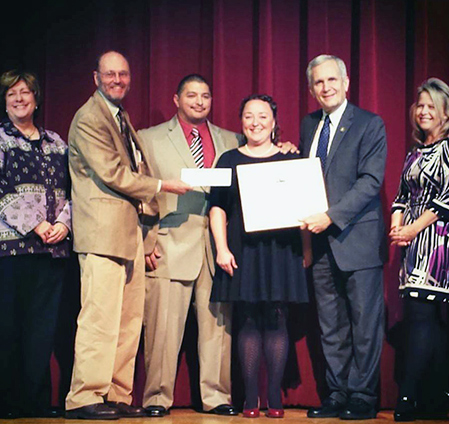 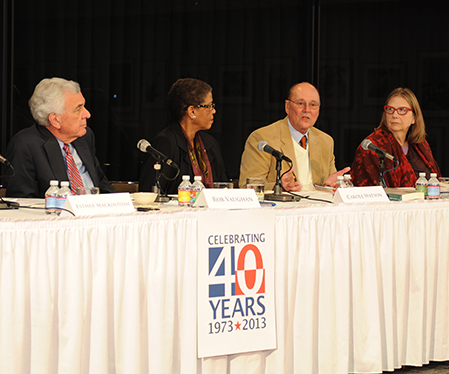 Participants discuss the history of the state humanities councils in a panel session at the LBJ Presidential Library during Humanities Texas's fortieth anniversary celebration in December 2013. From left to right: Robert C. Vaughan III, president of the Virginia Foundation for the Humanities; Carole M. Watson, acting chairman of the National Endowment for the Humanities; Jim Veninga, executive director emeritus of Humanities Texas; and Kristina A. Valaitis, former executive director of the Illinois Humanities Council. 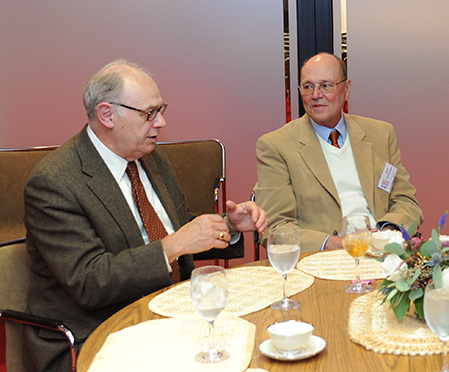 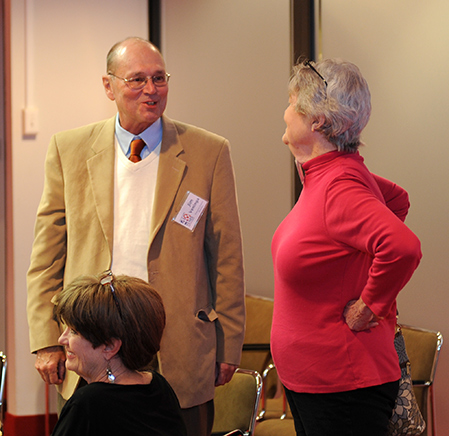 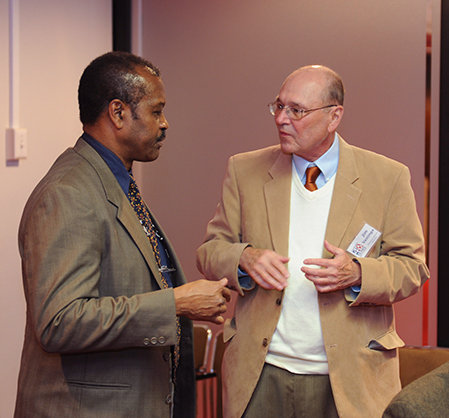 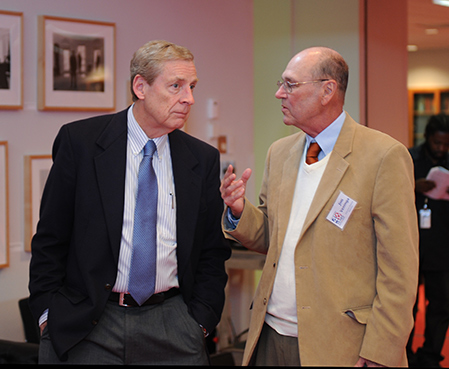 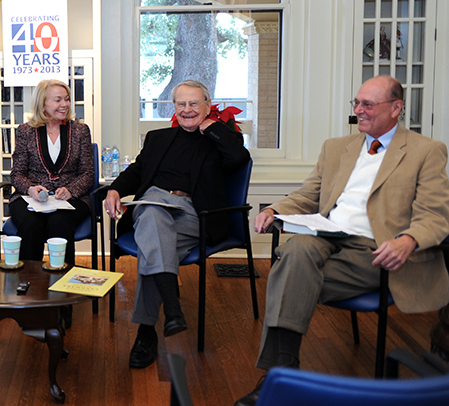 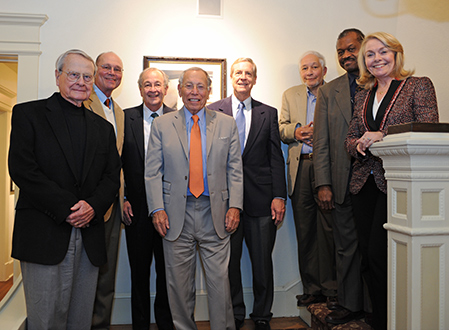 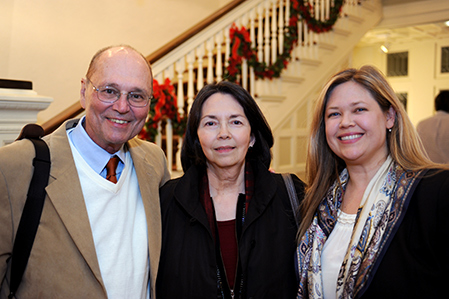