During his seven years on the Humanities Texas board, Julius led the capital campaign to buy and restore the historic Byrne-Reed House. The restoration has since earned eleven architectural awards. He also initiated the dialogue with KUHF, Houston Public Radio, that resulted in the "Texas Originals" radio series, now carried by fifteen stations statewide.

A prominent Houston attorney and civic leader, Julius has served on numerous boards, including the Association for Community Television and the Houston Symphony. He currently chairs the board of the UT Health Science Center at Houston. His other University of Texas activities include chairing the Liberal Arts Advisory Council, membership in the Friar Society, and formerly serving as chair of the UT Development Board. He is a member of the International Academy of Trial Lawyers. Julius, a graduate of both the Plan II Honors Program and the Law School, served as student body president during his time at UT.

Our congratulations to our illustrious former chair. 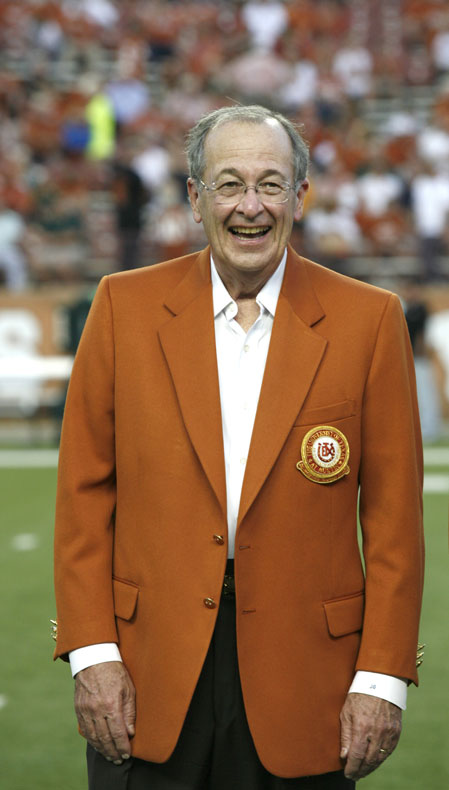 This month, Julius Glickman received a Distinguished Alumnus Award from The University of Texas at Austin. Photo by Mark Rutkowski, Texas Exes.