The restoration of the Byrne-Reed House is nearing completion. Over the next few months, we will put the finishing touches on the exterior and interior and return to the house to make it our headquarters.

We are restoring and reproducing many of the house's unique exterior details. For example, the view of the east porch shows hand-crafted scalloped plaster detailing, which has been painted, as well as the historic speckled brick railing.

A reproduction ornamental metal bracket shown in the photos to the right will be painted and installed at the main entrance on the building's northeast corner.

A historic frieze as well as copper gutters and downspouts can also be seen in the photos to the right.

The reconstructed chimney will not be functional, but it is consistent with the house's historical appearance. Also, note the red clay roof tiles, which were manufactured by Ludowici, the original manufacturers of the house's circa 1907 roof.

One photo to the right shows custom wood window and door frames at the south entrance to the gallery from the first floor porch. Glass will be installed at the end of the restoration process. These window and door frames were fabricated based on photographic evidence and existing openings found during discovery.

The interior also features many historic details, such as a restored 1920s light fixture. It features original glass and iron details and was found in the house.

The foyer with trimmed openings and the historic black and white encaustic tile floor is shown in the photos to the right.

The tile in the second-floor bathroom can also be seen. Although this tile is not original, it is reminiscent of blue and white hexagonal tiles in a Greek key design that were found on the second floor.

The house originally featured many beautiful fireplaces. While none of them will be functional, we are restoring them to replicate the house's historic interior. One such reconstructed fireplace surround and mantel is featured in the living room. Part of the original surround was found in place during the discovery process. The full surround was reconstructed based on existing physical evidence and architect's drawings from 1948.

Another reconstructed fireplace is located in the gallery. The two round holes are historic sconce locations. We do not have evidence of the original mantel, so a simple, low-profile mantel was designed.

The second floor library and conference room also features a fireplace, which is surrounded by built-in bookshelves. This area, which was originally a sitting room, will be primarily administrative and accommodate staff functions, along with the remainder of the second floor. The original firebox has been repaired and a simple mantel was designed.

Humanities Texas is in the final stages of our capital campaign supporting the restoration of the Byrne-Reed House. We are immensely grateful to the individuals and foundations that have contributed to this project and would appreciate any and all additional support. Your contributions will help us receive the full $1 million in matching funds from our National Endowment for the Humanities challenge grant. If you would like to donate to the capital campaign, please mail contributions to:

The east facade of the Byrne-Reed House on June 20, 2010. All photos on this page by Humanities Texas unless otherwise noted. 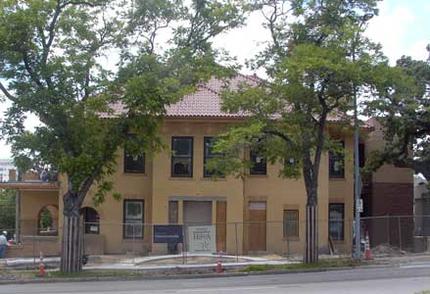 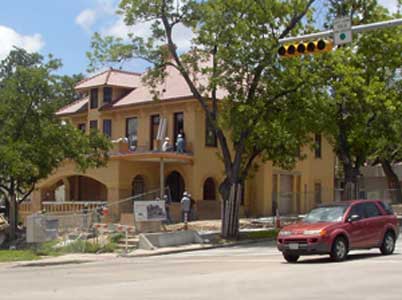 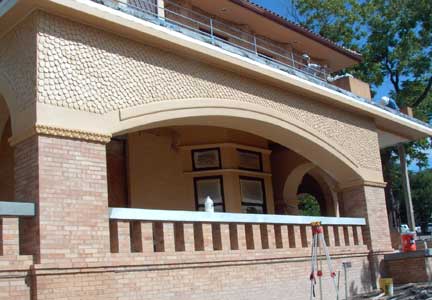 A view of the east porch. 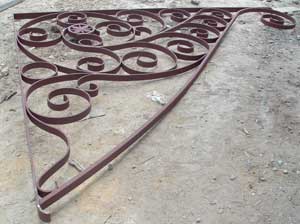 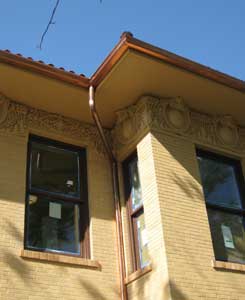 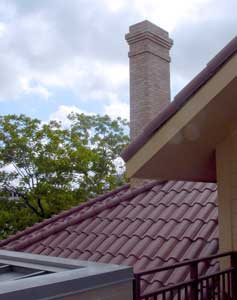 A reconstructed chimney and the red tile roof. 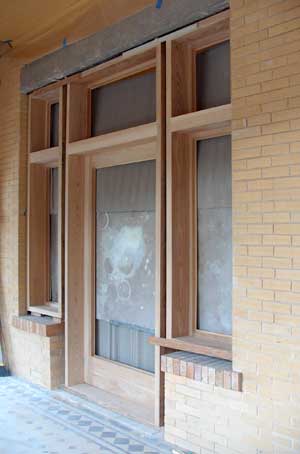 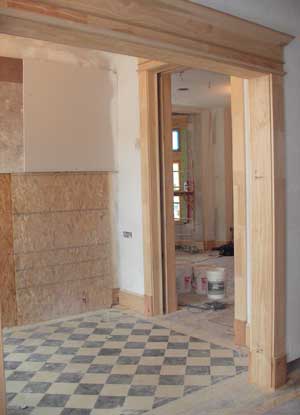 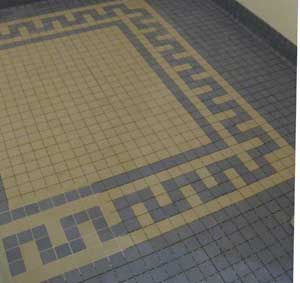 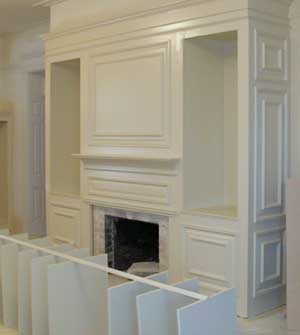 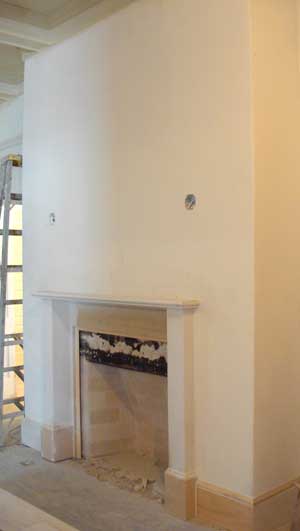 Reconstructed fireplace in the gallery. 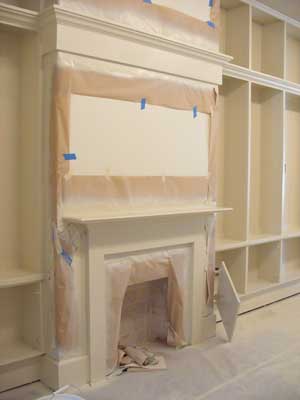 A fireplace in the second-floor library and conference room.