"It appears that our family was destined to be immured in the settling of new countries," wrote Emily Austin Bryan Perry to her brother, Stephen F. Austin, as he made preparations for a new colony in Texas. Daughter of Moses Austin and sister of Stephen F. Austin and James Brown Austin, Emily lived a "life of movement," beginning in Virginia and traveling west through Spanish Louisiana, Missouri, and finally to Texas.

In his new book, Emily Austin of Texas, 1795–1851, Light T. Cummins, Texas State Historian and Bryan Professor of History at Austin College, chronicles the extraordinary life and legacy of one of Texas's foremost pioneer women. On March 5, 2010, Cummins received the Liz Carpenter Award for Research in the History of Women at the annual meeting of the Texas State Historical Association (TSHA) in Dallas. The award honors the best scholarly book on the history of women in Texas published during the previous calendar year.

Cummins's biography of Emily Austin, published by Texas Christian University Press, is the first of its kind. Cummins is among the first researchers to sort through Austin's personal papers and letters. This research reveals a strong-willed, hard-working woman who single-handedly supported her family for two years and participated fully in business dealings. Although Stephen F. Austin once wrote that her "disposition is by no means calculated to bear the disappointments that this life is subject to," Emily's disposition was in fact much steelier than stereotypical notions of 19th-century women would have it.

Born on June 22, 1795 in Austinville, Virginia, Emily Margaret Brown Austin was the daughter of Mariah Brown and Moses Austin. The family traveled west, to what was then Spanish Louisiana, when Emily was only three years old. Although they originally settled in Mine au Breton, a French mining settlement, Moses Austin founded an Anglo-American settlement that became the town of Potosi, Missouri. After attending boarding schools in Lexington, Kentucky, and New York City, Emily married James Bryan, with whom she had four surviving children.

Hardship marked Emily's adult life—several of her children died in infancy, and James Bryan died after only seven years of marriage. For two years afterward, she was the sole breadwinner for her children and her ailing mother. Rather than relying on her brothers, who were preoccupied with matters in the new Texan colony, Emily took boarders and taught school to support her family. This experience developed what Cummins calls an "inner reserve and independence of mind," traits that would serve Emily well throughout her life.

In 1824, Emily married James Franklin Perry and settled with him in Potosi until 1831, when after years of Stephen's insistent urging, the family settled in Texas, where her brother had become an empresario and leader. When Stephen died, in 1837, Emily became his sole heir. Under Texas law, a married woman was entitled to keep all of her inheritance; she did not have to share it with her husband. This personal wealth gave her what Cummins describes as "an autonomous perspective and a privileged social standing." Although her husband was her legal agent, Emily was a full participant in all matters concerning her property, including development and business ventures.

Like most women of her region and era, Cummins writes, Emily Austin was "fundamentally a daughter, a sister, a cousin, a wife, a mother, a sister-in-law, an aunt, a mother-in-law, and a grandmother." At the same time, she retained a sense of identity as an Austin throughout her lifetime and identified strongly with her brothers' pioneering spirit. In addition to arranging her children's education and serving as mistress of Peach Point Plantation, Emily was active during the Texas Revolution, working on her brother Stephen's behalf during his imprisonment in Mexico City and helping him maintain political alliances. Several years later, she helped found Austin College through a generous donation of land.

One of the most fascinating aspects of Cummins's biography is his extensive use of Emily and her family's personal correspondence. During her lengthy travels to secure education for her children, Emily managed Peach Point Plantation from afar, making independent decisions about health care, education, and business for her household. Her letters reveal a woman whose careful attention to detail and sense of morality demonstrate both her independence of mind and her attachment to home and family.

Light T. Cummins was appointed State Historian in 2009 and has served on the faculty of Austin College since 1978, where he has taught American and Texas history. He is director of the Austin College Center for Southwestern and Mexican Studies, a program that provides outreach, internships, and community service activities that educate students about issues facing Texas and Mexico. Cummins also served two terms on the Humanities Texas board of directors. On his blog, he writes about all things Texas history. 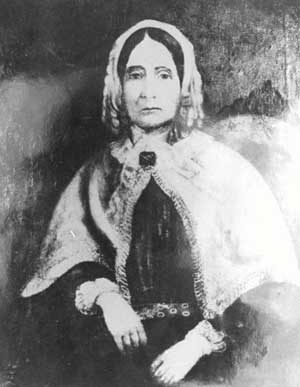 Portrait of Stephen F. Austin, circa 1840. Courtesy of the Texas State Library and Archives Commission. 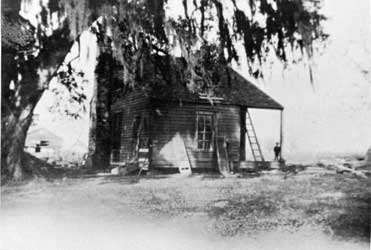