We are proud to honor Julius Glickman and Michael L. Klein with Humanities Texas Awards, which they received during the grand opening of the Byrne-Reed House.

In addition to serving as chair of the Humanities Texas board, Glickman’s contributions to the arts and humanities include establishing a lectureship in liberal arts for the Plan II program at The University of Texas at Austin, of which he is an alumnus; endowing a Texas Exes Award for Outstanding Teachers specifically for elementary level teachers; and serving as a member of the Museum Council of the Blanton Art Museum. In Houston, he is active in the Association for Community Television for Channel 8, a public television station, the Museum of Fine Arts, Houston, and the Houston Symphony.

Michael L. Klein and his wife, Jeanne, are among the nation’s foremost supporters and collectors of visual art. In addition to establishing their own collection, the Kleins have donated pieces to several museums, including UT Austin’s Blanton Museum of Art. Klein currently serves on the board of trustees of the Hirshhorn Museum and Sculpture Garden in Washington D.C. and the board of directors of Site Santa Fe in Santa Fe, New Mexico. He has also made outstanding contributions to education. The Humanities Texas Outstanding Teaching Awards are funded in large part through his generosity. Through the Klein Foundation, he and Jeanne provide mentorships and scholarships for African-American junior high and high school students. Klein has also served on the board of trustees at the Cate School in Carpinteria, California, where he established an annual scholarship for minority students. 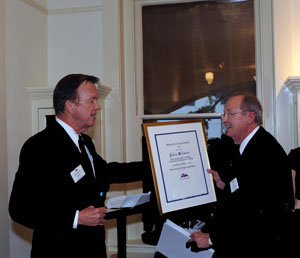 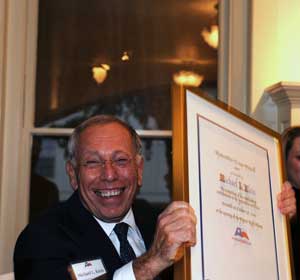