While most teenage students are seeing movies in theaters, students in Luling are spending this week making their own documentary film. On November 8, the Mobile Film School (MFS) launched one of their Digital Media Workshops in Luling. These workshops pair industry professionals with students in rural and underserved communities to introduce the students to the media and documentary arts.

Humanities Texas has awarded the organization two grants totaling $9,500 in support of the rural workshops. During the last workshop, held in Del Valle, students produced a nine-minute documentary on marriage and divorce entitled 'Til Death Do Us Part? The students selected the topic based upon their own experiences, then interviewed parents and children in the Del Valle community to create content for the film. The documentary was nominated for an award at the City of Temecula Youth Media & Arts Festival and has had lasting effects on the students who participated. Del Valle ISD recently secured administrative funding for media production equipment and a full-time media arts teacher.

MFS also uses its filmmaking workshop as an opportunity for students to learn about Texas history and culture. The Luling workshop includes a presentation by a speaker from the Texas State History Museum, who will explore issues featured in the museum's forthcoming exhibition "Forgotten Gateway: Coming to America through Galveston Island." The students may develop a film based on immigration issues in Texas as a result.

As well as promoting Texas heritage and history, MFS hopes to foster long-term mentoring relationships between students and the industry professionals who teach the workshops and encourage the development of students' technological literacy. "We strive to narrow the digital divide in lower income and rural communities by increasing access to the art and technology of filmmaking," states the MFS web site.

But in addition to exposing students to advanced technology and filmmaking, the workshops also require students to learn how to work together for the sake of a larger goal. “Our total immersion style of teaching engages and supports students in taking a responsible role in a collaborative environment, often building self-confidence for the first time,” says the MFS web site.

The Luling workshop students will premiere their film for their school and greater community on November 15. 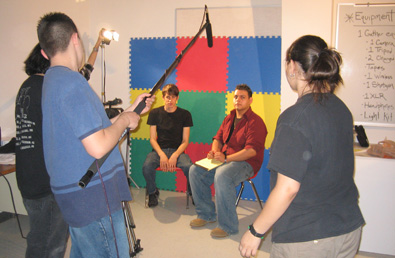 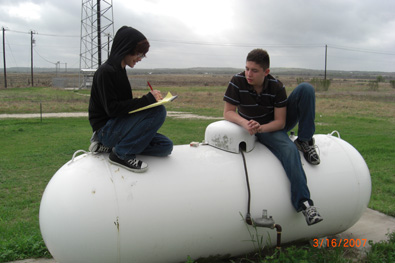