Naomi Shihab Nye, renowned poet, novelist, and songwriter, has been elected to the American Academy of Arts and Sciences.

A native of St. Louis, Missouri, Nye has spent much of her life in San Antonio. She is a professor of creative writing at Texas State University, the poetry editor at the Texas Observer, and a longtime visiting writer with the Michener Center for Writers at The University of Texas at Austin. Nye also has frequently served as presenting faculty at Humanities Texas teacher institutes and as a participating author at our annual Holiday Book Fair.

Her body of work—which includes three novels, twelve poetry collections, and several books of poetry and fiction for children—has received dozens of awards, including four Pushcart Prizes. In 2020, Nye received a lifetime achievement award from the National Book Critics Circle. She served as a Chancellor of the Academy of American Poets from 2010 to 2015 and is currently the Poetry Foundation's Young People's Poet Laureate.

Nye is one of 250 electees to the American Academy of Arts and Sciences this year. The Academy is both an honorary society that recognizes and celebrates the excellence of its members and an independent research center convening leaders from across disciplines, professions, and perspectives to address significant challenges. 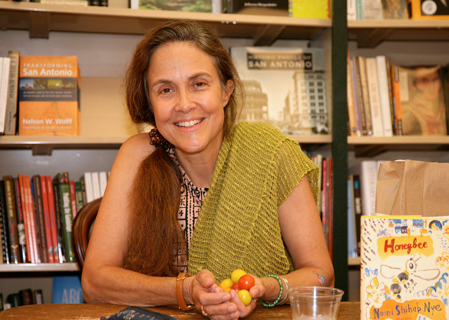