New Book Tells the Story of a Border Community

"Smelter Cemetery 1882–1970," reads a sign above the gates of a small cemetery in El Paso. This cemetery, where most graves are marked with simple crosses of wood, concrete, and pipe, is the last physical remainder of a working-class community that thrived for almost a hundred years.

Smeltertown, or La Esmelda, as many of its residents called it, was home to generations of Mexican American workers and their families. Beginning in the 1880s, these workers built their homes at the base of the copper smelter operated by American Refining and Smelting Company (ASARCO). The town was condemned and its residents relocated in 1972, after medical studies confirmed high levels of lead in children. Although hundreds of El Pasoans can trace their roots back to Smeltertown, the community and its history are barely mentioned in history books.

University of Houston professor and Humanities Texas board member Monica Perales set about correcting this oversight sixteen years ago, when she first began to research the community. The culmination of her research is her recently released book, Smeltertown: Making and Remembering a Southwest Border Community, published by the University of North Carolina Press.

Three of Perales's grandparents were born in Smeltertown. "For as long as I can remember, Smeltertown has figured prominently in my memory, even though I never saw it with my own eyes," she writes in the book's introduction. Perales gathered numerous oral histories, including her own family's stories of working "in the bowels of hell" in the factory smelting rooms and of planting flowers around their porch to add some beauty to a scene that would otherwise be dominated by smokestacks. In addition to oral history, Perales used newspaper articles, census data, and papers from legal proceedings to piece together the story of Smeltertown. Information from employee records helped her mark job trends, pay scales, employee and employer residences, and hometowns.

Despite the hardships and difficult labor associated with life in Smeltertown, however, most of the former residents that Perales interviewed remembered it fondly—it was a place where they raised children, opened their own businesses, and formed lifelong friendships.

"These were hard lives and an industry that, at times, was unpleasant to say the least, but it was also a place where people developed an attachment," Perales told Ramón Rentería of the El Paso Times. "The smelter has been closed for some time, but the stories people tell about it are strikingly positive, which says something deeper-that this place also provided support, identity, and connectedness." Indeed, former residents still gather each year for reunions.

In addition to telling the story of the birth, life, and demise of a vibrant community, Smeltertown provides valuable insights into "how globalization, free trade, transnational capitalism, and transborder flows of people and products—issues we associate with the late twentieth century—have profound roots in the history of the region."

Smeltertown on Barnes&Noble.com and Amazon.com.

Spotlight on Monica Perales on the University of Houston's CLASS website. 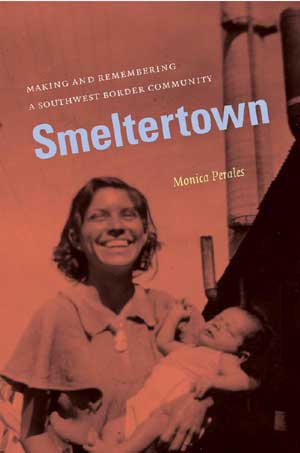 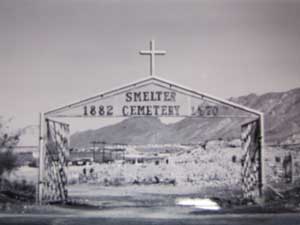 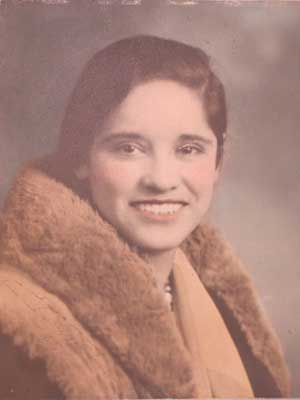