News from the National Endowment for the Humanities

On April 26, 2018, the United States Senate voted by unanimous consent to confirm Jon Parrish Peede as the eleventh chairman of the National Endowment for the Humanities (NEH).

Peede joined NEH in April 2017 as the agency's Senior Deputy Chairman. Under his leadership, NEH has created a new category of grants to support infrastructure and capacity-building at humanities institutions; issued emergency grants for cultural organizations affected by Hurricanes Harvey, Irma, and Maria; expanded its grant offerings for museum exhibitions; and formed new partnerships with Blue Star Families and the First Nations Development Institute for reading and discussion initiatives for military families and the revitalization of Native American languages.

"It is a distinct honor to be nominated by President Donald J. Trump and confirmed by the U.S. Senate to serve as Chairman of the National Endowment for the Humanities," said Jon Parrish Peede. "I particularly value this vote of bipartisan support and will work with my NEH colleagues to ensure that all Americans have access to our country’s cultural resources."

NEH is offering a second round of its new Infrastructure and Capacity Building Challenge Grants, with an application deadline of August 1, 2018.

NEH announced the new grant program, designed to create and sustain humanities infrastructure, in January. Under this program, cultural institutions such as museums, libraries, archives, colleges and universities, scholarly associations, and historic sites are eligible to receive up to $500,000 for projects that build institutional capacity or infrastructure for long-term sustainability. The grant program includes a special encouragement to Historically Black Colleges and Universities, Tribal Colleges and Universities, and two-year colleges.

In December 2007, NEH awarded Humanities Texas a $1 million Challenge Grant for the purchase and restoration of the Byrne-Reed House, our headquarters in downtown Austin. 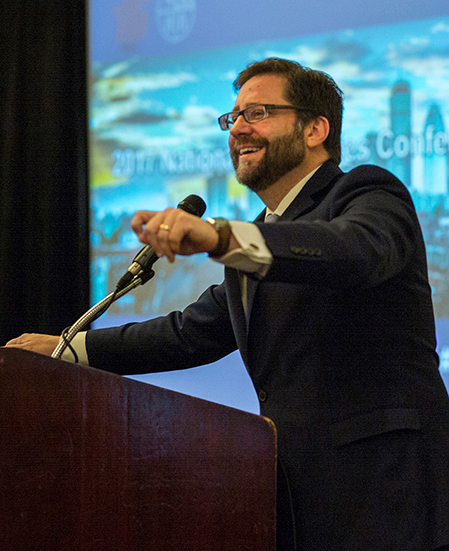 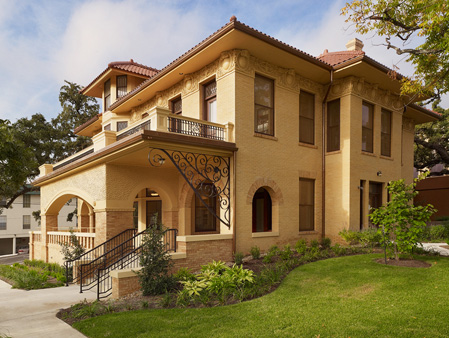 The northeast corner of the restored Byrne-Reed House. Photograph by Casey Dunn.