Our New Board Members

Humanities Texas welcomes our recently elected board members! The Humanities Texas Board of Directors formulates policy, approves programs and projects, reviews grant applications, participates in fundraising, and promotes organizational activities. Directors are selected for knowledge of or involvement in the humanities. In electing individuals to serve, Humanities Texas strives for geographical and ethnic representation and for balance between the academic and public spheres.

Albert S. Broussard is professor of history at Texas A&M University, where he has taught since 1985. During the Spring 2005 semester, he served as the Langston Hughes Professor of American Studies at the University of Kansas. A graduate of Stanford University (1973) and Duke University (1975, 1977), where he received his doctoral degree, he has published Black San Francisco: The Struggle for Racial Equality in the West, 1900–1954; African American Odyssey: The Stewarts, 1853–1963; Expectations of Equality: African Americans in the American West; American History: The Early Years to 1877; and The American Republic Since 1877 and The American Vision (co-authored with James McPherson, Alan Brinkley, Joyce Appleby, and Donald Ritchie). He is past president of the Oral History Association, a former chair of the nominating committee of the Organization of American Historians, and an active member of the historical profession. In 1997, he received a distinguished teaching award from Texas A&M University and was selected as a Texas A&M University Distinguished Lecturer for 1999–2000. He has served on the Faculty Senate, the Texas A&M Honorary Degree Committee, the University Publications Committee, the Texas A&M Press advisory board, and as associate department head of the history department and graduate director. He is also a consultant to the National Park Service on their Underground Railroad project and has written a pamphlet on antislavery and civil rights activity in California. He is writing a history of African Americans in the Far West from 1945 to the present.

Carolina Castillo Crimm is a retired professor of history from Sam Houston State University. She was born and brought up in Mexico City, Mexico, and came to the United States in 1963, finishing her BA at the University of Miami and her MA at Texas Tech University before earning her PhD from The University of Texas at Austin in Latin American history with Dr. Nettie Lee Benson. She taught on the high school level before starting at Sam Houston State University in 1992, where she won both local and statewide teaching awards, including the prestigious Piper Award as one of the best teachers in Texas. She has published De León: A Tejano Family History (University of Texas Press, 2004), The Hoffman Collection: San Diego at the Turn of the Century with Sara R. Massey (University of Texas Press, 2003), and Cabin Fever: The Roberts-Farris Cabin, A Campus, A Cabin, A Community, editor, (Texas Review Press, 2002). She has also published numerous introductions and chapters on Texas women, blacks, and Hispanics. As a retiree she is working on historical novels that deal with Spanish and Mexican Texas during the eighteenth and nineteenth centuries.

Sibyl Avery Jackson is an executive producer, screenwriter, and member of the Writers Guild of America, West. She has vast experience as a writer, editor, researcher, and public and media relations specialist in the corporate and private sectors, as well as in public television and radio. Her background also includes being a researcher and editor at the LBJ Presidential Library in Austin, Texas, and a spokesperson for one of the largest wireless service providers where, in addition to public and media relations, she also developed and managed government relations and corporate giving. The latter experience inspired her to write an award-winning suspense/thriller novel, Degree of Caution. Most recently, she is an executive producer of the award-winning feature film The Retrieval. She has been active for many years in securing funding for various projects and has served on several boards, including the Be An Angel Fund and the Houston Museum of African American Culture. She has a BA in English from Spelman College in Atlanta, Georgia, and currently lives in Houston with her husband, Alfred, a University of Texas graduate and a managing partner in a private equity firm.

Hector Retta is the CEO and vice chairman of Capital Bank and has been in this role since July 2010 when he relocated to El Paso from Orange County, California. He is the former executive vice president and regional president of Wells Fargo Orange County, and previously served as the Wells Fargo regional president for border banking. Prior to his association with Wells Fargo, he was a managing director with JP Morgan. Currently, he serves on the board of directors for the Paso del Norte Health Foundation in El Paso and the El Paso Museum of Art Foundation and has previously served on the board of the Greater Dallas Hispanic Chamber of Commerce, the El Paso Hispanic Chamber of Commerce, and the California State University Foundation. He is a native of Dallas and earned a Bachelor of Business Administration and an MS in economics from Baylor University. He is married to the former Lorez Curlin of El Paso.

Ricardo Romo is the fifth president of The University of Texas at San Antonio. He graduated from Fox Technical High School and is a native of San Antonio’s West Side. He attended The University of Texas at Austin on a track scholarship and holds a master’s degree in history from Loyola Marymount University in Los Angeles and a PhD in history from the University of California, Los Angeles. In 1980, he returned to The University of Texas at Austin to teach history before becoming vice provost for undergraduate education. From 1987 to 1993, he directed the Texas office of the Tomás Rivera Center, housed at Trinity University, where he evaluated the impact of governmental policies on Latinos. In 1993, he became vice provost for undergraduate education at UT Austin before becoming president of UTSA in 1999. In 2002, President Bush appointed him to the President’s Board of Advisers on Historically Black Colleges and Universities. He has also been appointed to the Federal Reserve Bank Board of Directors and to the Board of Commissioners to UNESCO. A nationally respected urban historian, he is the author of East Los Angeles: History of a Barrio, which is now in its ninth printing. His photographs have been the subjects of several regional art exhibitions, including Havana, a collection of images taken in Cuba. He and his wife, Dr. Harriett Romo, a UTSA professor of sociology, director of the UTSA Mexico Center, and director of the Bank of America Child & Adolescent Policy Research Institute (CAPRI), are avid art collectors, focusing on works by Latino artists. They also share a passion for foreign travel, particularly to Mexico and other countries in Latin America.

Susie Shields had the opportunity to teach in the Texas public school system for thirteen years at both the middle school and elementary school levels. A graduate of Texas A&M University with a degree in agricultural economics, she came into teaching through a non-traditional route and spent her career in the classroom focusing on the subjects of mathematics and social studies. To her, education was not just a career choice; it was also a chance to be fully engaged in one of the most substantive issues of our day—the schooling of our children during their most formative years. As such, she amplified her experience in the classroom to the greater Austin and state communities by serving as a presenter at multiple local and statewide educational workshops and as a member of several curriculum development and textbook selection committees. Although she now works with a wide variety of private and public sector clients to provide advocacy services before the Texas Legislature, her foundation as a teacher is the driving force behind her enthusiasm to champion Humanities Texas and its invaluable role in advancing our heritage and culture. She currently serves on the Board of Visitors for The University of Texas McDonald Observatory and Department of Astronomy and on the Visualize Graduation Society at University of Texas Elementary School in Austin. The daughter of a career Army officer, she spent her early childhood moving frequently from post to post before her family settled in Central Texas. She and her husband, Chris, call Austin home and are parents of four children and grandparents of one. 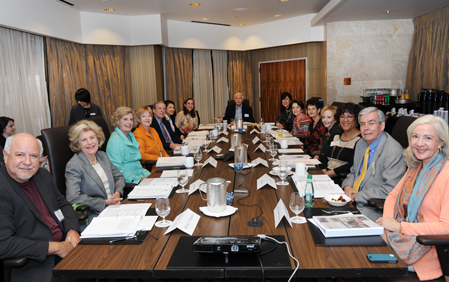 The Humanities Texas Board of Directors meeting in Houston in April 2014. 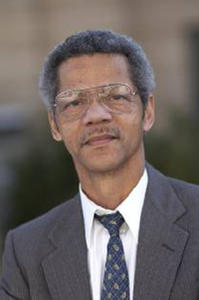 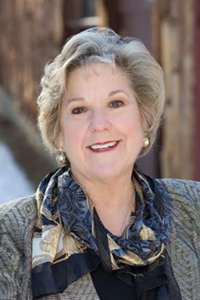 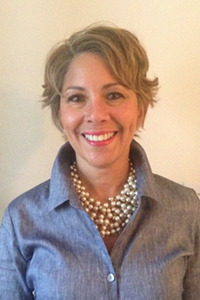 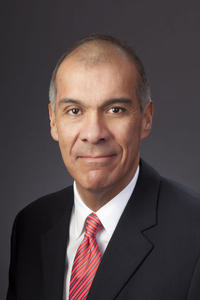 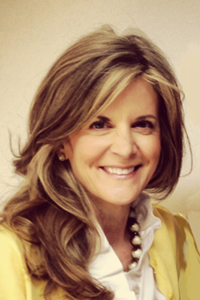