The "Pflugerville: A Heritage to Remember" oral history project, partially supported by a grant from Humanities Texas, won a 2007 Municipal Excellence Award from the Texas Municipal League.

"We are extremely pleased with the way this important work has been received," said Pamela Stephenson of the Friends of the Pflugerville Community Library, "We are especially appreciative of the contribution that Humanities Texas made to make it possible."

Vernagene Mott, a trustee of the Pflugerville Independent School District, pointed out the timeliness of the project. "I set up the interviews and dialogued with the folks interviewed. I feel extremely fortunate to have accomplished that. At least three of those interviewed have died and a couple of others are in fragile health, which would not allow for the process to happen today.

"As a Pfluger descendant and having been raised in this community, I feel it was a huge milestone to have received the grant from Humanities Texas," she added. "The book shares with readers the traditions, family values, social interactions, work ethic, economic developments, survival, struggles, and celebrations of folks who lived here, all woven into a strong, durable fabric reflecting the past and sustaining values to share with future generations."

The project involved ten months and more than 2,000 volunteer hours. The resulting book, Pflugerville: A Heritage to Remember, presents material from interviews with twenty-three persons about growing up in Pflugerville in the early twentieth century. The book, originally published in December 2006, has now sold out two printings, and each of the Pflugerville ISD's twenty-five campus libraries has received a copy. 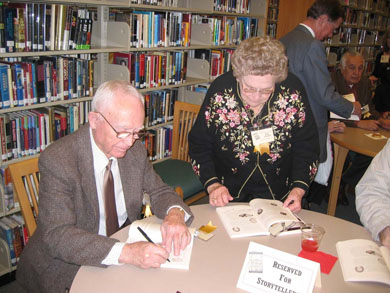 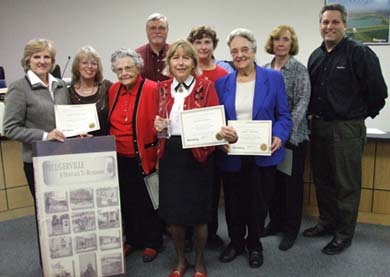