In celebration of two hundredth anniversary of Abraham Lincoln's birth, Humanities Texas has partnered with the Writer's Garret to bring Pulitzer Prize-winning historian James McPherson to Dallas to record an episode of the popular radio interview series, The Writers Studio.

McPherson teaches the history of the Civil War at Princeton University. He received the Pulitzer Prize in 1989 for Battle Cry of Freedom, his eloquent and accessible general history of the Civil War. His latest book, Tried by War: Abraham Lincoln as Commander in Chief, illuminates Lincoln's role and surprising success as head military strategist for the Union during the war.

In 2000, McPherson was named the "Jefferson Lecturer in the Humanities" by the National Endowment for the Humanities. During the announcement, NEH Chairman William Ferris said, "James M. McPherson has helped millions of Americans better understand the meaning and legacy of the American Civil War." Indeed, McPherson aims to educate not only his students but also the public at large about the history surrounding the Civil War and how that knowledge applies to the modern world. His books have won many awards but are also recognized for their readability.

McPherson's Writers Studio interview will take place on Wednesday, February 11, at noon at Theatre Three in Dallas. The event is free and open to the public with limited seating available. The interview will later be broadcast on KERA and NPR affiliates.

McPherson's program is a We the People initiative of the National Endowment for the Humanities. 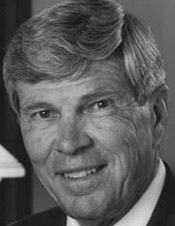 Civil War historian James McPherson will speak in Dallas on February 11 at noon. Photo courtesy of the Writer's Garret.