Each May our students come home bearing summer reading lists. As I gaze longingly at some, if not all, of these selections on special display tables in bookstores, I ask myself, "Why should students have all the fun?" So, in offering Humanities Texas's summer reading suggestions, I have invited our board members, former board members, and friends of the organization to share their recommendations. Many of their selections and the insights accompanying them are as interesting as the books themselves.

Unfortunately, my own reading list includes so many out-of-print titles that it resembles an antiquarian book catalogue. I attribute this affliction to my friendship with the ultimate bibliophile, the late D. B. Hardeman. A journalist and legislator as well as Sam Rayburn's political aide and biographer, D. B. was also a world-class raconteur and a cherished friend to scores of young historians, reporters, and political scientists in the 1960s and 1970s. He spent years combing through the shelves of the country's used bookstores, amassing a library of some ten thousand volumes. Once, when he spotted a rare volume on Congress, his joy of discovery was only slightly diminished by the fact that he already owned a copy of the book. He bought the second copy anyway, justifying his purchase by saying he had done so "to keep it from falling into the wrong hands."

D. B. derived as much satisfaction from disposing of his library as he had had in compiling it. He donated his extensive collection of American political history and biography to the LBJ Library. The Harry Ransom Research Center was the recipient of his volumes of John Buchan and H. G. Wells. The offer of the latter is especially memorable for a casual digression by D. B. that he had once accompanied Wells on a train ride to San Antonio to address the Texas Brewers Association. While the vignette struck me at the time as fanciful, like all of D. B.'s marvelous stories, it turned out to be true. Years later, while conducting research in old newspapers from the 1930s and 1940s, I came across a brief article describing H. G. Wells's visit to San Antonio to speak to a convention of Texas brewers.

Bachelorhood and insomnia conspired to give D. B. the necessary time to read the thousands of books crammed in his small apartment. Tours of his collection featured marvelous commentaries on many of the books' subjects and authors. Two of D. B.'s favorite books for light reading were Gene Fowler's Minutes of the Last Meeting (available from Amereon Limited, at 631.298.5100) and Eugene Field's The Love Affairs of a Bibliomaniac. In the former, Fowler ostensibly sets out to write a biography of the critic Sadakichi Hartmann but is constantly disrupted by the antics of John Barrymore, W. C. Fields, and John Decker. Field's volume recounts the many sleights of hand to which the bibliomaniac must resort to conceal his purchases from a vigilant spouse. Both of these books, if you can find them, will provide a wealth of entertainment and insight. To D. B.'s recommendations I'll add two more: D. B.: Reminiscences of D. B. Hardeman, edited by Larry Hufford, currently out of print; and Rayburn: A Biography, by D. B. Hardeman and Donald C. Bacon. 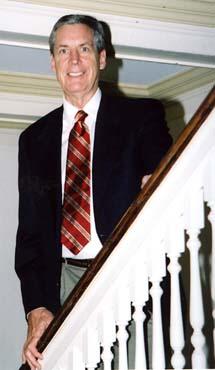