Former chairman of the National Endowment for the Humanities Bruce Cole passed away on January 8, 2018, at the age of seventy-nine. During his tenure as NEH chair from 2001 to 2009, Cole launched such initiatives as Picturing America and We the People, created the NEH Office of Digital Humanities, and promoted civic education through humanities scholarship.

"NEH Chairman Bruce Cole was deeply respected as a prolific and accomplished art historian, an esteemed professor, and a discerning cultural leader. He dedicated himself to upholding the most significant works in the humanities, especially those that illuminate American culture and values," said NEH Senior Deputy Chairman Jon Parrish Peede in a statement released by NEH. "As chairman, he was an unflinching defender of traditional humanities scholarship while embracing groundbreaking developments, such as the then-nascent field of digital humanities. I value my interactions with Bruce regarding cultural policy and am honored to serve with remarkable staff members whom he had the wisdom to hire during his tenure."

The National Endowment for the Humanities, under Bruce Cole's leadership, was instrumental in Humanities Texas's purchase and restoration of the historic Byrne-Reed House. NEH awarded the project a Challenge Grant of $1,000,000. This investment in infrastructure allowed us to expand our educational and cultural programs statewide. It and Bruce Cole will forever be appreciated.

Cole traveled to Texas on a number of occasions. He attended Humanities Texas events in El Paso and San Antonio and participated in Humanities Texas's first teacher institute in 2004, "Institute on Congress and American History." In 2005, he joined former NEH chairmen Joseph D. Duffey, William R. Ferris, and Sheldon Hackney at the LBJ Library in Austin to celebrate the fortieth anniversary of the Endowment, and in 2008, he launched NEH's Picturing America educational initiative at the Nasher Sculpture Center in Dallas. Cole visited the newly-restored Byrne-Reed House in 2011, where he attended a Humanities Texas board reception and presented a lecture entitled "My Provenance." 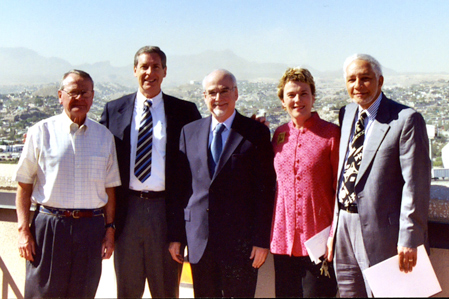 Mary L. Volcansek welcomes Bruce Cole before his presentation entitled "My Provenance" at the Byrne-Reed House. 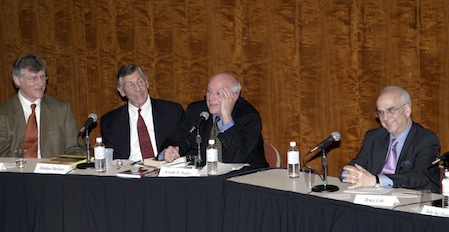