On October 13th, 2011, friends and family of Captain John Clark Hurst gathered for the naming of the Capt. John Clark Hurst Commanding Officer Room in the ROTC wing of the new College of Liberal Arts building on the campus of The University of Texas at Austin.

Hurst, who passed away in Vietnam on July 13, 1968, was a decorated pilot in Marine Squadron VMFA 513/115. He graduated from The University of Texas at Austin, where he was president of Beta Theta Pi Fraternity. At Lufkin High School, he was quarterback of the football team.

Another former board member, Fran Vick, who is a longtime family friend, spoke at the dinner. Vick, who lost her brother in the Pacific during World War II, had initiated the campaign to memorialize Hurst. "John need never have worried that we would not remember him," she said. "We have." 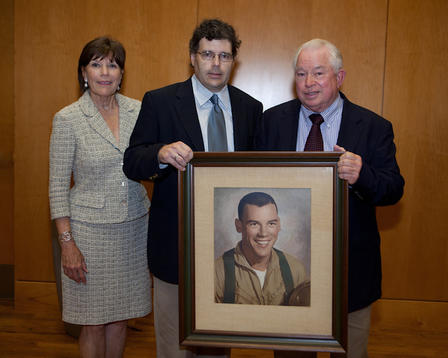 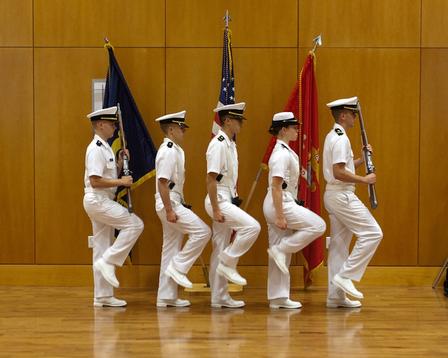 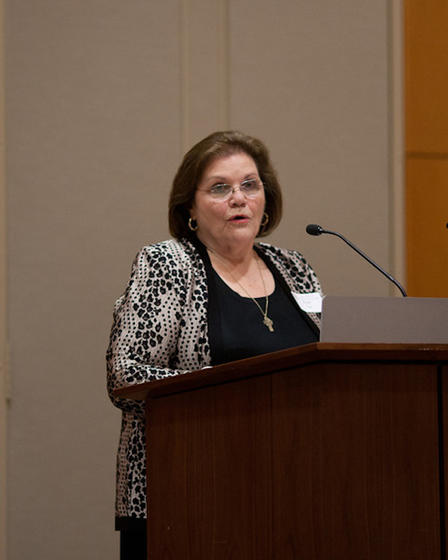 Fran Vick speaks at the event.