Jack N. Rakove (keynote speaker) is the William Robertson Coe Professor of History and American Studies and professor of political science at Stanford University, where he has taught since 1980. He was educated at Haverford College, where he earned a BA in history in 1968, the University of Edinburgh, and Harvard, where he received his PhD in history in 1975 and studied under Bernard Bailyn. Before coming to Stanford, he taught at Colgate University from 1975–1980. He is the author of six books: The Beginnings of National Politics: An Interpretive History of the Continental Congress (New York: Alfred Knopf, 1979); James Madison and the Creation of the American Republic (revised edition, Addison, Wesley, Longman, 2001, 2006); Original Meanings: Politics and Ideas in the Making of the Constitution (New York: Alfred Knopf, 1996), which won the 1997 Pulitzer Prize in History, the 1997 Fraunces Tavern Museum Book Award, and the 1998 Society of the Cincinnati Book Prize; Declaring Rights: A Brief History with Documents (Boston: Bedford Books, 1997); The Annotated U.S. Constitution and Declaration of Independence (Cambridge: Harvard University Press, 2009); and Revolutionaries: A New History of the Invention of America (Boston: Houghton Mifflin Harcourt, 2010). Professor Rakove’s research continues to revolve around the era of the American Revolution and the adoption of the Constitution. His next book is Beyond Belief, Beyond Conscience: The Radical Significance of the Free Exercise of Religion, to be published by Oxford University Press as part of its new series on unalienable rights. Thomas A. Britten, who received his PhD at Texas Tech University, is associate professor of history at The University of Texas at Brownsville. He is a specialist in U.S. history and has taught at Briar Cliff University in Sioux City, Iowa, and at Arkansas Tech University in Russellville, Arkansas. He is also a certified Texas high school history teacher and taught for four years in the Dallas and Abilene school systems. He came to UTB in 2002. His research interest is in Native American history and in the evolution of the federal government’s Indian policy. He is the author of The Lipan Apaches: People of Wind and Lightning (University of New Mexico Press, 2010), American Indians in World War One (University of New Mexico Press, 1998), and A Brief History of the Seminole-Negro Indian Scouts (Edwin Mellon Press, 1999). He has also served as the editor of the Journal of South Texas (2006–2010). Britten likes to experiment with new teaching strategies and technologies. He currently employs audience responders (clickers) in his U.S. history survey classes and is developing new ways to promote critical thinking. 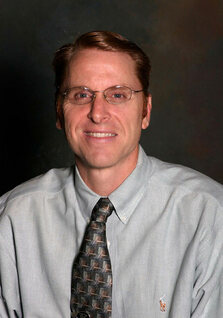 Daniel Feller is professor of history and editor/director of The Papers of Andrew Jackson at the University of Tennessee, Knoxville. He received his PhD from the University of Wisconsin and taught previously at Northland College and the University of New Mexico. His books include The Jacksonian Promise: America, 1815–1840, The Public Lands in Jacksonian Politics, and a new edition of Harriet Martineau’s 1838 American tour narrative Retrospect of Western Travel. Two volumes of the Jackson Papers, Volume 7: 1829, and Volume 8: 1830, have appeared under his stewardship. Volume 9: 1831 will be published in 2013. Feller was the lead scholar for the PBS special Andrew Jackson: Good, Evil, and the Presidency and has appeared on History Detectives.

Charles Flanagan  is director of educational programs at the Center for Legislative Archives at the National Archives and Records Administration in Washington, DC. Previously, he was a high school teacher for thirty years. During his last two decades in the classroom, Flanagan was the humanities department chair and history teacher at the Key School in Annapolis, Maryland. While at Key, he led the development of an interdisciplinary literature and history curriculum that featured hands-on learning with classic literature and primary sources in history. Flanagan has a BA from Assumption College, an MA from St. John’s College, and a PhD in American studies from the University of Maryland.

Stacy Fuller began her tenure at the Amon Carter Museum of American Art as the Henry E. Luce Foundation Works on Paper Intern in June 2003. She later held the positions of the Laura Gilpin Canyon de Chelly Intern and instructional services manager. In September 2007, she was promoted to the Amon Carter Museum’s head of education, where she oversees all programs and services. She serves as the vice president for the Museum Education Roundtable (MER), an organization dedicated to furthering museum education, and as the Western Region Representative of the Museum Education Division Development Committee for the National Art Education Association (NAEA). She holds a BA in museum management from Centenary College of Louisiana and an MA in art history from Texas Christian University. 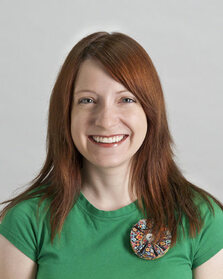 Harriett Denise Joseph received a BA in history and Spanish from Southern Methodist University (Phi Beta Kappa) and her MA and PhD in Latin American history from the University of North Texas. She is a professor of history at The University of Texas at Brownsville, where her main teaching focus is on Colonial Mexico and Texas history. Dr. Joseph is co-author of Notable Men and Women of Spanish Texas (1999), Explorers and Settlers of Spanish Texas (2001), and Spanish Texas, 1519–1821 (revised edition, 2010), all published by the University of Texas Press. A member of the Texas State Historical Association’s Distinguished Speakers’ Bureau, she has been a recipient of awards for both teaching and scholarship. Anthony Knopp is an emeritus professor of history at The University of Texas at Brownsville. He obtained his MA in history from the University of Minnesota and a PhD in history from Texas Tech University. He has offered graduate seminars on the American Revolution and has taught a variety of courses on Mexican and border history. He has coauthored several books on border and local history, including Boom and Bust: The Historical Cycles of Matamoros and Brownsville and Portrait of a Border City: Brownsville, Texas. He is a board member and past president of the Brownsville Historical Association. 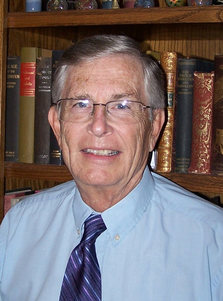 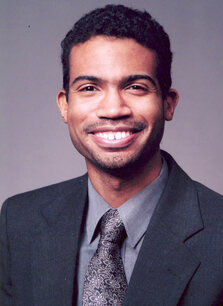 Dr. Manuel F. Medrano holds a doctoral degree from the University of Houston and is currently a professor in the history department at The University of Texas at Brownsville, specializing in Mexican American history and culture. He is a Humanities Texas board member, as well as a program consultant for Lone Star: the Story of Texas, a middle school textbook published by Prentice Hall. He has produced and directed twenty-four oral history profiles of people and events in the Rio Grande Valley, including legendary folklorist Américo Paredes and acclaimed Tejano writer Rolando Hinojosa. In 2005 Medrano received the Chancellor’s Teaching Excellence Award and in 2008 he received the Houston Endowed Chair for Civic Engagement at The University of Texas at Brownsville. In 2009 he was selected as a Visiting Summer Scholar for the Educational Testing Service in Princeton, New Jersey, to examine the impact of standardized tests on minority students. In 2010 his biography about scholar and folklorist Américo Paredes entitled Américo Paredes: In His Own Words, was published by the University of North Texas Press. 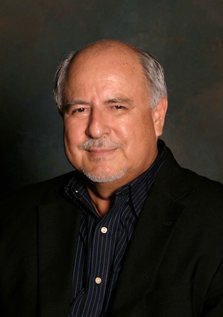 James W. Mills is a faculty member of the history department at The University of Texas at Brownsville. He has published in the Mexican War Journal and has recently published a book entitled Memories of Fort Brown and Other Select Interviews: An Oral History Project. In addition, Mills has compiled two volumes of primary sources in Documenting the American Past. He is the recipient of the Chancellor’s Council Teaching Excellence Award and has received statewide recognition by being honored with the University of Texas Regents’ Outstanding Teaching Award. Mills also serves on the board of directors of the Brownsville Historical Association. 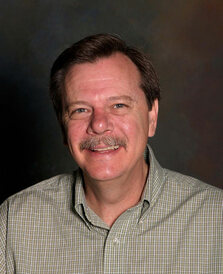 Ken Stevens is professor of history at Texas Christian University. After serving four years in the Navy, he returned to academia to pursue his PhD at Indiana University, where he also worked as an editorial assistant at the American Historical Review. He has published four books, including Border Diplomacy (a study of nineteenth-century Anglo-American-Canadian relations), two volumes of the Diplomatic Papers of Daniel Webster, and an annotated bibliography of President William Henry Harrison. In addition to the U.S. history survey, he teaches courses in U.S. constitutional history, the American presidency, and the age of Jackson. 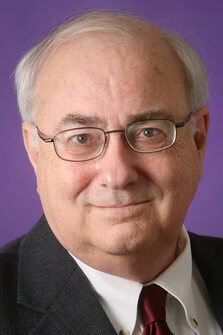 Amanda Taylor-Montoya is assistant professor of history at The University of Texas at Brownsville, where she teaches courses in United States and Borderlands history. She earned her PhD from the University of Oklahoma in 2009. Her work focuses on nineteenth-century U.S. social and cultural history; the history of the American West; and race, gender, and identity in the U.S.–Mexico borderlands. 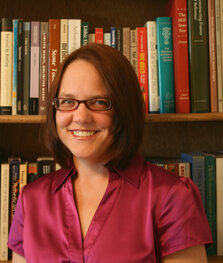 Michael Scott Van Wagenen is a filmmaker and historian at The University of Texas at Brownsville. His films about the U.S.-Mexico Borderlands have twice won highest honors from the National Educational Media Network and have been screened at several important venues including the Smithsonian National Museum of Natural History and the American Museum of Natural History. He is the author of The Texas Republic and Mormon Kingdom of God (Texas A&M University Press, 2002) and Remembering the Forgotten War: The Enduring Legacies of the U.S.-Mexican War (University of Massachusetts Press, 2012) and coeditor of Between Pulpit and Pew: The Supernatural World in Mormon History and Folklore (Utah State University Press, 2011). In the fall he will be moving to Georgia Southern University, where he will be creating a program in public history. 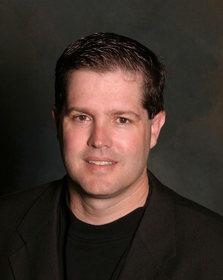