David M. Kennedy (keynote speaker) is the Donald J. McLachlan Professor of History Emeritus and Director of the Bill Lane Center for the American West at Stanford University. He received the Dean's Award for Distinguished Teaching in 1988. He was awarded the Pulitzer Prize for History in 2000 for Freedom from Fear: The American People in Depression and War, 1929–1945. He received an AB in history from Stanford University and his MA and PhD from Yale University. Reflecting his interdisciplinary training in American studies, which combined the fields of history, literature, and economics, Kennedy's scholarship is notable for its integration of economic and cultural analysis with social and political history. His 1970 book, Birth Control in America: The Career of Margaret Sanger, embraced the medical, legal, political, and religious dimensions of the subject and helped to pioneer the emerging field of women's history. Over Here: The First World War and American Society (1980) used the history of American involvement in World War I to analyze the American political system, economy, and culture in the early twentieth century. Freedom from Fear recounts the history of the United States in the two great crises of the Great Depression and World War II. In his keynote address, Kennedy will discuss U.S. strategies in World War II. The following day, he will speak about World War II in the Pacific. 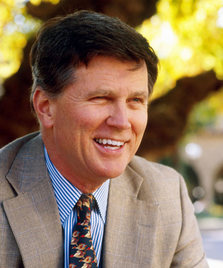 Richard A. Baker is the former Senate historian. Baker came to Washington in 1968 to join the Legislative Reference Service. He later served briefly as Senate curator and then became director of research for the Government Research Corporation. When the Senate established the Historical Office in 1975, Baker accepted the position of Senate historian. During his tenure, which lasted from 1975 to 2009, the Historical Office grew from a small staff of three historians and a secretary in the attic of the Capitol Building to a nine-person office of historians, researchers, editors, and archivists with an office in the Hart Senate Office Building. As the collector and keeper of the institution's memory, the Senate Historical Office, under Baker's leadership, quickly earned a reputation for providing professional, non-partisan service. Baker will discuss war powers and executive-legislative conflicts. 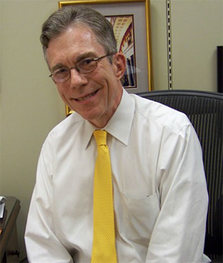 Robert S. Browning III is a lecturer in the Department of History at The University of Texas at San Antonio. He received his PhD from the University of Wisconsin-Madison. He has also worked as the section historian and artifact analyst at the U.S. Air Force Life Sciences Equipment Laboratory in Brooks City. He was honorably discharged from the Air Force Reserves in 2002. Browning will discuss the Spanish American War.

Robert M. Citino is one of America’s most distinguished military historians. He is the author of nine books, including The German Way of War (2005) and Death of the Wehrmacht (2007), both of which were main selections of the History Book Club and the Military Book Club. His book Blitzkrieg to Desert Storm (2004) was the winner of both the American Historical Association's Paul M. Birdsall Prize for best book of the year in military and strategic history and the Society for Military History's Distinguished Book Award. His ninth book, The Wehrmacht Retreats, was released in early 2012. During the 2008–2009 academic year, he served as the Charles Boal Ewing Visiting Professor of Military History at the U.S. Military Academy at West Point, NY. He received his PhD from Indiana University. Citino will discuss the reasons why the United States entered World War I. 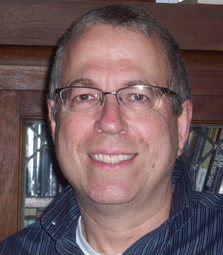 Matthew Dallek, formerly a visiting scholar at the Bipartisan Policy Center (BPC), teaches history and politics at the University of California Washington Center. He has held fellowships at Columbia University, George Washington's School of Media and Public Affairs, the Woodrow Wilson International Center for Scholars, and the Alicia M. Patterson Foundation. He is author of The Right Moment: Ronald Reagan’s First Victory and the Decisive Turning Point in American Politics (2000), and he is working on a second book about FDR, Eleanor Roosevelt, and the battle to defend the home front in America during World War II. Dallek has published more than twenty opinion pieces about history and politics for POLITICO since 2008. Prior to joining the BPC and the UC Washington Center, Dallek worked as a speech writer for Federal Communications Commission Chairman William E. Kennard and for House Democratic Leader Richard A. Gephardt. He holds a PhD from Columbia University. Dallek will discuss the home front during World War II. 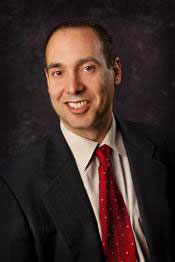 Patrick J. Kelly, associate professor of history at The University of Texas at San Antonio, received a PhD from New York University. Before coming to UTSA in 1997, he served as lecturer in social studies at Harvard University and visiting professor of history at Tufts University, and has also received fellowships from the National Endowment for the Humanities and the American Council of Learned Societies. His book, Creating a National Home: Building the Veteran’s Welfare State, 1860–1900, focuses on how the National Home for Disabled Volunteer Soldiers served as precursor to the Department of Veterans Affairs. His current project is an examination of the economic, military, and ideological connections between the U.S. Civil War and French intervention into Mexico. Kelly will speak about isolationism and neutrality legislation after World War I. 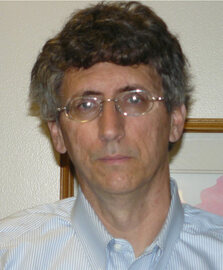 Mark A. Lawrence is associate professor of history and Senior Fellow at the Robert S. Strauss Center for International Security and Law at The University of Texas at Austin. He received his BA from Stanford University in 1988 and his doctorate from Yale in 1999. After teaching as a lecturer in history at Yale, he joined the History Department at UT Austin in 2000. Since then, he has published two books, Assuming the Burden: Europe and the American Commitment to War in Vietnam (2005) and The Vietnam War: A Concise International History (2008). Lawrence is also coeditor of The First Indochina War: Colonial Conflict and Cold War Crisis (2007), a collection of essays about the 1946-1954 conflict. He is now at work on a study of U.S. policymaking toward the developing world in the 1960s and early 1970s. Lawrence will speak about the Truman Doctrine, Marshall Plan, and NATO. 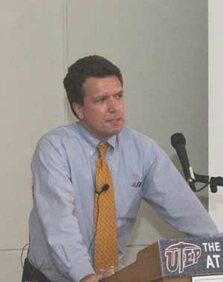 Maggie Rivas-Rodriguez is associate professor of journalism at The University of Texas at Austin. Rivas-Rodriguez has more than seventeen years of daily news experience, mostly as a reporter for the Boston Globe, WFAA-TV in Dallas, and the Dallas Morning News. Her most recent professional work was for the Morning News state desk as bureau chief of the border bureau, based in El Paso, covering border states. Her research interests include the intersection of oral history and journalism, U.S. Latinos, and the news media, both as producers of news and as consumers. Since 1999, Rivas-Rodriguez has spearheaded the U.S. Latino and Latina World War II Oral History Project, which has collected interviews with over 650 men and women throughout the country. Rivas-Rodriguez will speak about Latinos in World War II. 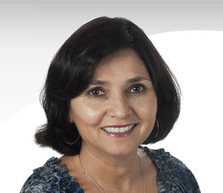 Joy Rohde is assistant professor of history at Trinity University. She received her doctorate from the University of Pennsylvania in 2007. Her research integrates U.S. political and intellectual history with the history of science. She is currently completing a book titled The Social Scientists' War: Knowledge, Statecraft, and Democracy in the Era of Containment. Before joining Trinity, Rohde was a postdoctoral fellow in the Science, Technology, and Public Policy program at the University of Michigan and a visiting scholar at the American Academy of Arts and Sciences. Her research has also been supported by the University of Virginia Miller Center of Public Affairs. Rohde will speak about the Containment Doctrine. 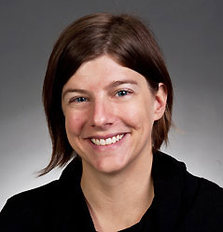 Jeremi Suri is Mack Brown Distinguished Professor for Global Leadership, History, and Public Policy at The University of Texas at Austin. He is the author of five books on contemporary politics and foreign policy. Suri's research and teaching have received numerous prizes. In 2007, for example, Smithsonian Magazine named him one of America's Top Young Innovators in the Arts and Sciences. His writings appear widely in blogs and print media. Suri is also a frequent public lecturer and guest on radio and television programs. In Liberty's Surest Guardian (2011), he looks to America’s history to see both what it has to offer to failed states around the world and what the nation should avoid. Suri received his PhD from Yale University. He will discuss the media and the Vietnam War. 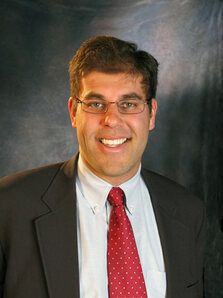