Teacher Workshops to Focus on Texas and U.S. History

In January and February, Humanities Texas will hold seven workshops on Texas and U.S. history for social studies teachers throughout the state.

All workshops are free and will feature close interaction with scholars, the examination of primary sources, and the development of effective pedagogical strategies and engaging assignments and activities. Content will be aligned with the Texas Essential Knowledge and Skills (TEKS), and particular emphasis will be placed on newly added or revised standards.

Armando Alonzo (Austin, Dallas, Fort Worth, Houston, San Antonio, Waco) is associate professor of history at Texas A&M University. He is a native of the Lower Valley of Texas, received his PhD in history from Indiana University in 1991, and has taught at Texas State University–San Marcos (formerly Southwest Texas State University) and The University of Texas at San Antonio. His research interests are the history of Tejanos and the borderlands of Mexico and the United States. He is the author of Tejano Legacy: Rancheros and Settlers in South Texas, 1734–1900, published by the University of New Mexico Press in 1998. With funding from the National Research Council, he is currently studying the history of Texas and northern Mexico in the period 1700–1865.

Michael Les Benedict (Austin, Dallas, Fort Worth, Houston, San Antonio, Waco), professor emeritus at The Ohio State University, joined the history department in 1970 and retired in 2005. He received his BA and MA from the University of Illinois and his PhD from Rice University. He has also been a visiting professor at MIT, Yale Law School, the University of Sussex in the United Kingdom, and Hokkaido and Doshisha Universities in Japan. Benedict is a recognized authority in Anglo American constitutional and legal history, the history of civil rights and liberties, the federal system, the Civil War, and Reconstruction. He has published over forty essays in leading American history and law journals in addition to half a dozen history books and textbooks. He serves as parliamentarian of the American Historical Association and is currently working on the constitutional politics of the Reconstruction Era.

Randolph Campbell (Texas history workshop) is the Regents' Professor of History at the University of North Texas. He received his PhD, MA, and BS from the University of Virginia. His recent books include Gone to Texas: A History of the Lone Star State (Oxford University Press, 2003), which won the Annual Award for Best Book on Texas in 2003 from the Philosophical Society of Texas, and Grass-Roots Reconstruction in Texas, 1865–1880 (Louisiana State University Press, 1998), which received the Outstanding Academic Book for 1998 award from Choice: Current Reviews for Academic Libraries. He is a member of the Southern Historical Association, the Texas State Historical Association, the Society of Historians of the Early American Republic, the East Texas Historical Association, and the Philosophical Society of Texas. He has served as editor of Southwestern Historical Quarterly since 2005.

Light T. Cummins (Texas history workshop) is the state historian of Texas and the Guy M. Bryan Professor of American History at Austin College in Sherman, Texas, where he has been a member of the history department since 1978 and chair of that department for the past several years. He is currently the director of the Center for Southwestern and Mexican Studies at Austin College. He received a PhD in history from Tulane University. Cummins's research specialty is the history of Spanish and Mexican Texas, along with Spanish Louisiana and the lower Mississippi valley. His most recent book, Emily Austin of Texas, won the Liz Carpenter Award for Research in the History of Women from the Texas State Historical Association. Cummins currently serves on the Board of Directors of the Texas State Historical Association. He was named a Minnie Stevens Piper Professor in 2006.

Michael L. Gillette (Texas history workshop) has been executive director of Humanities Texas since 2003. Prior to his appointment, he was director of the Center for Legislative Archives, with responsibility for the official records of the United States Senate and the House of Representatives at the National Archives and Records Administration in Washington, DC. In addition to the Archives position, which he held since 1991, Gillette also served as liaison to the Foundation for the National Archives from its creation in 1992 until 1997. He received a BA in government and a PhD in history from The University of Texas at Austin.

Jacqueline Jones (Austin) is the Walter Prescott Webb Chair in History and Ideas and the Mastin Gentry White Professor of Southern History at The University of Texas at Austin. Previously, she taught at Brandeis University, Brown University, and Wellesley College. She received her PhD from the University of Wisconsin-Madison. Jones is the author eight books, including Saving Savannah: The City and the Civil War, 1854–1872 and Labor of Love, Labor of Sorrow: Black Women, Work, and the Family from Slavery to the Present. She has been a recipient of a MacArthur Fellowship and has won the Bancroft Prize in American History and the Taft Prize in Labor History. She teaches courses on the social history of the Confederate States of America and the American South from 1861 to 1941.

Patrick J. Kelly (Austin, Houston, San Antonio), associate professor of history at The University of Texas at San Antonio, received a PhD from New York University. Before coming to UTSA in 1997, he served as lecturer in social studies at Harvard University and visiting professor of history at Tufts University, and has also received fellowships from the National Endowment for the Humanities and the American Council of Learned Societies. His book Creating a National Home: Building the Veteran’s Welfare State, 1860–1900 focuses on how the National Home for Disabled Volunteer Soldiers served as precursor to the Department of Veterans Affairs. His current project is an examination of the economic, military, and ideological connections between the U.S. Civil War and French intervention into Mexico.

Joseph A. Pratt (Texas history workshop) is chair of the history department and Cullen Professor of History and Business at the University of Houston. He received his PhD from The Johns Hopkins University and has taught in the business school at the University of California, Berkeley; the Harvard Business School; and the history department at Texas A&M University before coming to the University of Houston in 1986. For five years, he also served as executive director of the Scholars’ Community, the largest undergraduate retention program at UH. His most recent books are Voice of the Marketplace (2002), a history of the National Petroleum Council, and Prelude to Merger (2000), a history of the Amoco Corporation from 1973 to 1998. In addition to his own research, he edits the “Oil and Business History Series” at Texas A&M University Press and the Houston Review.

Rebecca Sharpless (Texas history workshop) teaches and researches in U.S. women's history, particularly in the South, at Texas Christian University. She received her PhD from Emory University. Her first book, Fertile Ground, Narrow Choices: Women on Texas Cotton Farms, 1900–1940 (University of North Carolina Press, 1999), explored the lives of ordinary women in Central Texas. She is currently writing a study tentatively titled “Cooking in Other Women's Kitchens: African Americans in the South, 1865–1960." Sharpless directed the Baylor University Institute for Oral History from 1993 to 2006 and in 2005–2006 served as president of the Oral History Association. She coedited The Handbook of Oral History (AltaMira Press, 2006). Sharpless is currently on the board of the Southern Association for Women Historians.

Andrew J. Torget (Dallas) is a historian of nineteenth-century America at the University of North Texas, where he is establishing a new center for digital scholarship. A veteran of pioneering work in the digital humanities, including the "Valley of the Shadow" project at the University of Virginia, Torget served as the founding director of the Digital Scholarship Lab at the University of Richmond. His own digital projects have been featured in the Chronicle of Higher Education and Inside Higher Ed, and have attracted the attention of Google. He has been a featured speaker on the digital humanities at Harvard, Stanford, Rice, and the National Archives in Washington, DC. Torget is currently working on a book titled "Cotton Empire: Slavery, the Texas Borderlands, and the Origins of the Mexican-American War."

Keith J. Volanto (Texas history workshop) is a lecturer in history at The University of Texas at Dallas. He has also taught at Collin College and Blinn College. He received his PhD in history from Texas A&M University. His book Texas, Cotton, and the New Deal (1995) was a finalist for the Texas State Historical Association's Coral Horton Tullis Memorial Prize and a nominee for the Texas Historical Commission's T. R. Fehrenbach Award. He also coauthored a college history textbook, Beyond Myths and Legends: A Narrative History of Texas (2008). His most recent book is Texas Voices: Documents and Biographical Sketches (2010).

Eric Walther (Dallas, Fort Worth, Houston, San Antonio, Waco) has taught U.S. history at the University of Houston since 1991. His specialty is the antebellum South and the coming of the Civil War. Walther received his BA in history and American studies from California State University-Fullerton, and his MA and PhD in history from Louisiana State University. Before coming to the University of Houston, he held a postdoctoral fellowship with the Papers of Jefferson Davis at Rice University and taught at Texas A&M University. Walther is the author of three books, numerous articles, and many book reviews. Shattering of the Union: America in the 1850s was selected as a Choice magazine Outstanding Academic Title in 2004. His biography of the foremost leader of secession, William Lowndes Yancey and the Coming of the Civil War, was published by the University of North Carolina Press in the spring of 2006 and received the James Rawley Award from the Southern Historical Association and the Jefferson Davis Award from the Museum of the Confederacy.

Jennifer L. Weber (Dallas, Fort Worth, Waco) is assistant professor of history at the University of Kansas. She is a native Californian who worked for several years in her home state as a journalist and political aide. Her principal interest is the Civil War, especially the seams where political, social, and military history come together. Other fields that attract her attention include nineteenth-century America and war and society. Her book Copperheads, about anti-war Democrats in the Civil War North, was published in 2006 by Oxford University Press. She is also the author of a children's book about the battle of Gettysburg published by National Geographic. She is currently working on a collection of essays in honor of her graduate adviser, James M. McPherson, to be published by the University of Virginia Press, and a monograph comparing conscription and its consequences in the Union and the Confederacy. Professor Weber is codirector of the Hall Center's seminar on Peace, War & Global Change. In addition to her work at KU, she serves on the advisory panel for the Abraham Lincoln Bicentennial Commission. 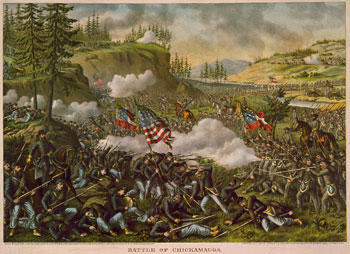 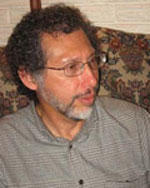 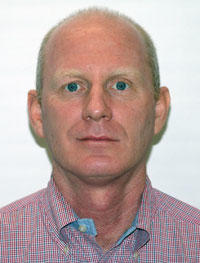 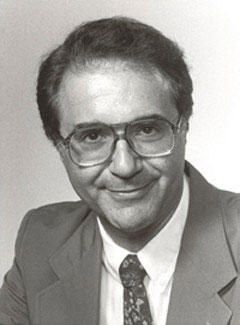 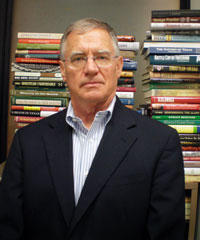 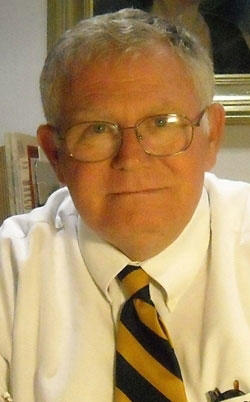 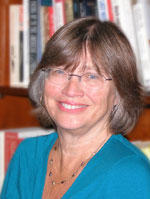 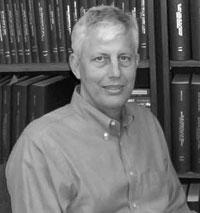 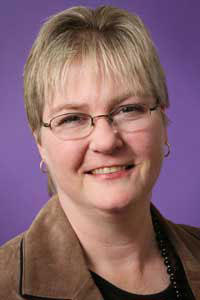 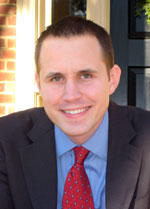 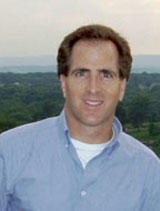 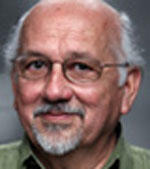