In the morning, teachers listened to engaging lectures in the Julius and Suzan Glickman Room in the Byrne-Reed House.

Light T. Cummins, Bryan Professor of History at Austin College and state historian of Texas, opened the proceedings. He discussed how curriculum standards have changed over time, focusing in particular on the social studies standards to be implemented in the 2011–2012 school year.

Randolph B. Campbell, Regents' Professor of History at the University of North Texas, spoke about Texas emerging from Reconstruction, addressing issues such as taxation and rights for newly freed slaves.

Rebecca Sharpless, associate professor of history at Texas Christian University, gave a presentation titled "A Better, Brighter Day: Women and Reform Movements, 1880–1930." Women were very active in reform movements in Texas. For example, upon learning that the city of Dallas had no statistics on children working in textile mills, local women stood outside the factory and counted the children at shift change, prompting authorities to raise the age for factory and mill work.

Keith J. Volanto, lecturer in history at The University of Texas at Dallas, discussed milestones in the emergence of modern Texas. He focused on particular changes in the cotton industry in Texas. Did you know that in 1930, two thirds of Texans made their living from cotton?

Michael L. Gillette, executive director of Humanities Texas, spoke about the civil rights movement in Texas in a presentation that featured such notable figures as Heman Sweatt, Juanita Craft, and Melvin B. Tolson.

After Dr. Zamora's presentation, teachers enjoyed lunch in the dining room and on the terraces.

J. Kent Calder, executive director of the Texas State Historical Association, made remarks after lunch about the TSHA's many educational resources.

Joseph A. Pratt, Cullen Professor of History and Business at the University of Houston, spoke about booms and busts in Texas history, including Spindletop and the oil boom of the twentieth century, as well as Texas's transition from a primarily rural state to a primarily urban one.

Chase Untermeyer, a Humanities Texas board member and international business consultant who served as ambassador to Qatar under George W. Bush, discussed the rise of the two-party system in Texas. 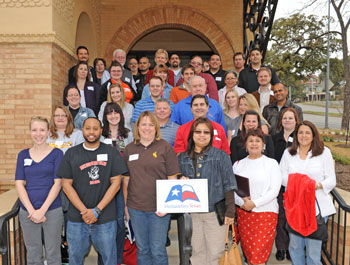 Teacher participants at the entrance to the Byrne-Reed House. 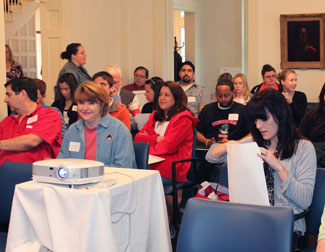 Teachers in the Julius and Suzan Glickman Room in the Byrne-Reed House. 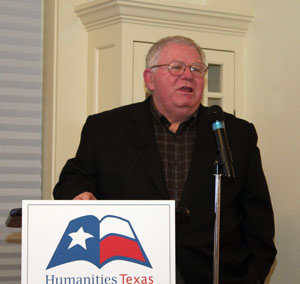 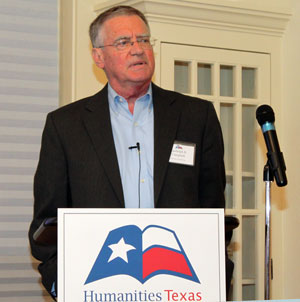 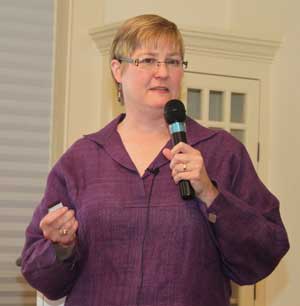 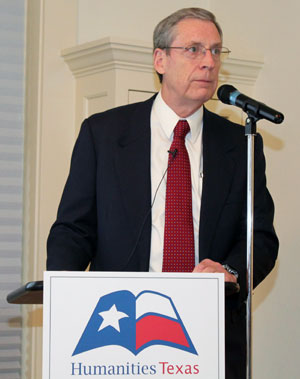 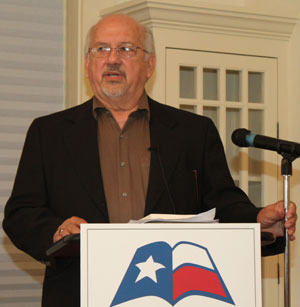 Teachers on the terrace of the Byrne-Reed House. 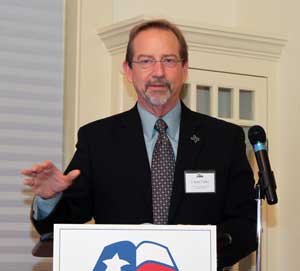 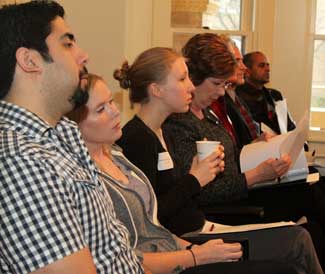 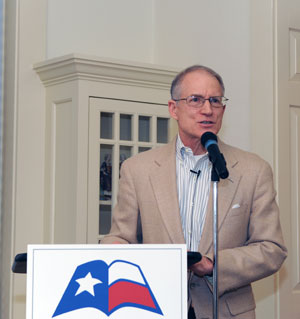 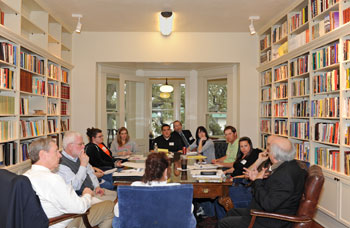 Teachers and scholars discuss primary sources in the library. 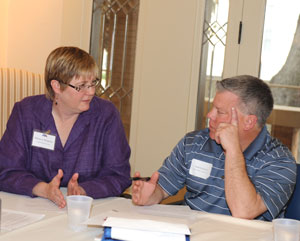 Three teachers in the library of the Byrne-Reed House. 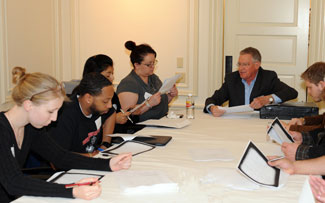 Randolph B. Campbell and a group of teachers discuss the proceedings of the 1871 Taxpayer's Convention held in Austin. 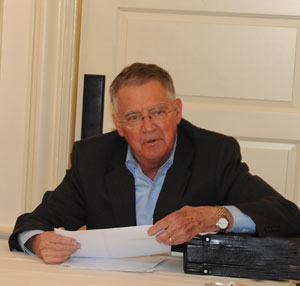 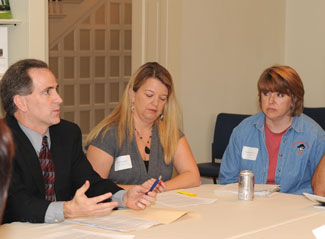 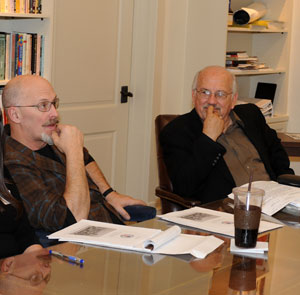