In honor of National Poetry Month, 2020 Texas Poet Laureate Emmy Pérez reflects upon her experiences of reading aloud to her children, cultivating (even unintentionally) their love of language, introducing them to Texas and Borderlands literature, and ultimately helping them develop a taste for poetry.

Pérez is the author of the poetry collections With the River on Our Face and Solstice. She is a recipient of poetry fellowships from the National Endowment for the Arts, CantoMundo, the New York Foundation for the Arts, and others. Since 2008, she has been a member of the Macondo Writers Workshop founded by Sandra Cisneros and currently serves on the organizing committee for CantoMundo’s national literary organization for Latinx poets. She is professor of creative writing at The University of Texas Rio Grande Valley and serves as associate director of the Center for Mexican American Studies. In 2012, she received a UT Regents Outstanding Teaching Award and, in 2016, a University Excellence Award in Student Mentoring.

You would think that, since I am a poet and a professor of creative writing, specifically poetry, that I would read poetry to my children all the time, but I have not always done so deliberately. Many of the book selections I have made for my children over the years, particularly before they became readers themselves, reflect my hopes in cultivating a bilingual, culturally affirming early childhood education and home environment. I also aim to share multi-ethnic intersectional work with them whenever possible. Poetry as a literary genre has taken second seat to these goals, but, in looking back, it was present, and, looking forward, I am sure to include poetry in our lives.

One of my daughter's first experiences with poetry, beyond some nursery rhymes, was Carmen Tafolla's picture book What Can You Do With a Paleta?/¿Qué puedes hacer con una paleta?, which I read to her many times during the first years of her life. We always read it in Spanish, and, somehow, I discovered that she had begun memorizing parts of it as we went along. When I asked her to recite the first page of the book, it sounded exactly how I had read it to her, confirming to me that, if I love the book and read it as such, this may increase the chances of little ones enjoying it as well.

During this time, we also frequently sang songs from José-Luis Orozco's books De Colores and Other Latin American Folksongs for Children (my mother taught me "De Colores" as a child) and Diez Deditos and Other Play Rhymes and Action Songs from Latin America. Sometimes I didn't know the tunes to all of the songs in these books, so I read the lyrics like poems or made up tunes. Sometimes we listened to the CDs or looked up individual songs on YouTube.

Here in the Rio Grande Valley, we host an annual event in honor of Gloria Anzaldúa. Around 2009, a few years before my daughter was born, one of my colleagues, Dr. Edna Ochoa, selected an excerpt from Anzaldúa's poem "Arriba mi gente" in Borderlands/La Frontera: The New Mestiza for the occasion. It is a poem meant for singing, but this chorus remains in my mind like a chant, which is how we enacted it for the event. Even now, I still chant the chorus out loud around the house. When my daughter learned to talk, she began chanting it with me:

I wanted my daughter to be introduced to Anzaldúa's work early on, so I started with Prietita and the Ghost Woman/Prietita y la llorona and, later, when I felt she was old enough, Friends from the Other Side/Amigos del otro lado. These are not poetry books, but Anzaldúa—poet, scholar, and fiction writer—wrote vivid, place-based prose. The works embody topics and concepts that I care deeply about, including empathy. In both Anzaldúa books, children help lead the way to healing, kindness, and social justice. I especially admire her depiction of a benevolent llorona, changing the typical narrative in the spirit of Chicana feminisms. While children unfamiliar with the original stories of the weeping woman might not understand all that Anzaldúa is doing in this work, I was glad to first share this version of the iconic cultural figure with my daughter. I told her that the character is often presented in a bad light, and I plan to continue these discussions as she gets older and share more writings about la llorona with her.

Hairs/Pelitos by Sandra Cisneros is another book that my daughter and I read often because I enjoyed its cadence and my daughter didn't tire of it. It is a vignette from The House on Mango Street made into a children's picture book. We always read it in Spanish, and I know I would not have chosen to read it out loud as many times had I not so enjoyed poet Liliana Valenzuela's exquisite translation of the already lyrical work.

Two years ago, when my daughter was six, she randomly picked up one of my own poetry books, as we poets tend to store a few copies in our cars between events. To my surprise, she began reading some of it out loud on the drive. Around that time, we attended a reading for the Valley International Poetry Festival. I wanted to support my students reading at the event. I had not prepared to read myself, and neither had my daughter, of course, but I asked if she would read a poem from my book that she found in the car. She did a beautiful job reading in front of the small audience and quickly buried her face in my shirt afterwards.

Her little brother also enjoyed Tafolla's ¿Qué puedes hacer con una paleta?, the songs we sang, Anzaldúa's and other children's books, but I don't think I read them out loud as many times to him as our lives had become more complex and we did more together as a family. When he was four and his sister six, they listened intently to an outdoor summer reading with David Bowles and other writers that I co-hosted. I thought my children would tune out and daydream until the end of the short reading, as I may have at their age. Hours later, on their own, they were talking about how much they liked "La Mano Pachona," a humorous and somewhat haunting (for them—the work is for older children) narrative poem from Bowles's then brand-new book They Call Me Güero: A Border Kid's Poems. In the poem, a tween narrator remembers how his grandmother told "legends already old/ when she was a little girl," cautionary tales for children. My children seemed fascinated by the poem, and one was a bit disturbed as well. I realized I should have noted the suggested middle school age group, which I hope this award-winning book continues to reach.

And now, during our current health crisis and sheltering-at-home, I have made a deliberate choice to share more poetry with the children, particularly my son. Now six, he devours many books on his own. Last year, I remember reading the poem "Harlem" by Langston Hughes to him one morning before work, and he showed a spark of interest. I admit I was surprised, but fast-paced schedules took hold again, and I didn't follow up. A few weeks ago, like many parents, I was thinking of more things we could do together at home, so I shared online recordings of poets reading their work, specifically "Harlem" by Hughes and "We Real Cool" by Gwendolyn Brooks. After we had heard the latter recording a few times, I shared an animated Poetry Foundation video of Brooks's poem. We listened to recordings by Maya Angelou, Lorna Dee Cervantes, and Luis Valdez. I also read "The Lamb" and "The Tyger" by William Blake to him and changed "thy" to "your" and others accordingly as I read, later sharing Blake's original images as well. He seemed to enjoy it all, but his favorite so far is "Harlem." He enjoys watching a YouTube video that simply displays the text of the poem along with Hughes's voice recording. Now, he has the poem half-memorized and even asks to hear it again days later. I contextualize poems for him, and he listens, but I can also see his pure enjoyment of the language and imagery, and I trust, for now, that is good progress. We can continue to explore the poem's deeper and profound messages as the years go on.

I write this as a promise to myself: I soon hope to share work with my children from The Tree is Older Than You Are: A Bilingual Gathering of Poems & Stories from Mexico, edited by Naomi Shihab Nye, and Nikki Giovanni's anthology Hip Hop Speaks to Children: A Celebration of Poetry with a Beat. I also want to dedicate time to sharing more recordings with them and reading poetry out loud more often.

Other books I have enjoyed reading to my children (and on my own) in years past include:

Francisco X. Alarcón has a few more that I intend to check out soon.

The day after Easter weekend, on a whim, I read "This Is Just To Say" by William Carlos Williams to my daughter, who is now eight. She didn't look at the text as I read it out loud. I asked her to imagine if her brother were eating her Easter candy and telling her what the speaker says about the plums. Her eyes lit up. I read again: "Forgive me/ they were delicious/ so sweet/ and so cold," the cold part making me think how we sometimes freeze Halloween chocolates so we don't eat them all at once. I asked her, do you think the person means it when they say, "Forgive me?" 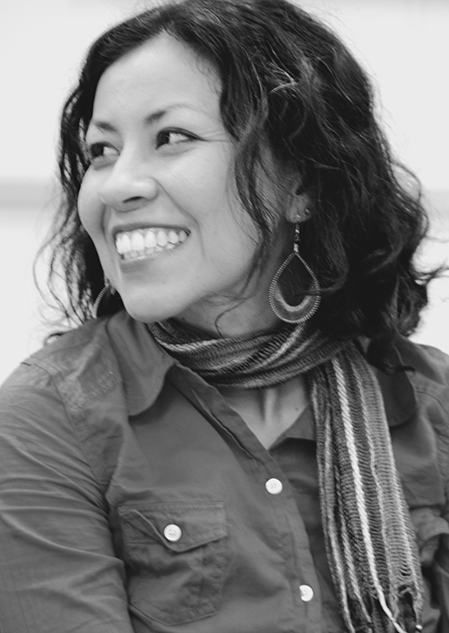 What Can You Do With a Paleta?/¿Qué puedes hacer con una paleta? by Carmen Tafolla. 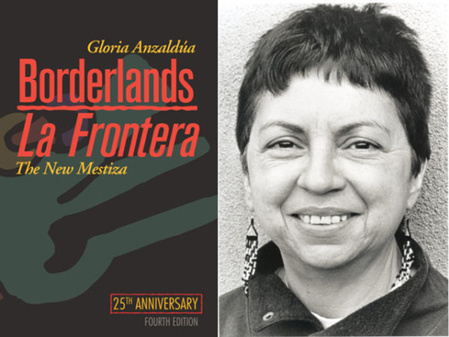 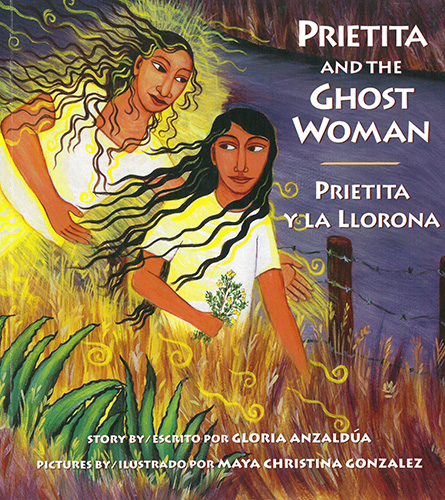 Anzaldúa's Prietita and the Ghost Woman reinterprets the iconic llorona figure, portraying her as a compassionate and benevolent spirit instead of the tragic and vengeful character commonly depicted in Mexican folklore. 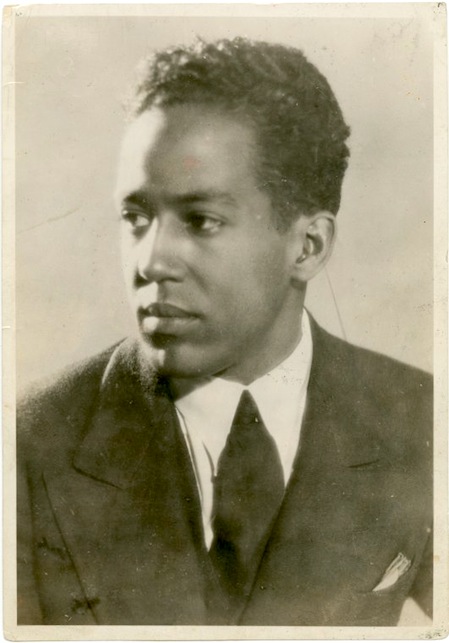 Relief etching of “The Tyger” by William Blake, ca. 1825. Drawings and Prints, Metropolitan Museum of Art.