In honor of National Poetry Month, we've compiled a selection of poems both by Texans and about Texas. These poems celebrate our state's natural beauty, unique cities, and various denizens. We hope that you will enjoy them and continue to explore Texas poetry and writing.

by Wendy Barker, from Way of Whiteness (Wings Press, 2000). Reprinted with permission of the publisher and author.

Fourth grade cafeteria lunches. If you
brought your own you sat on the floor,
A sea of crowded children. I'd look inside
my paper bag for the cookies and sandwich:
cheese, or baloney, or peanut butter and
jelly on a good day. Sucking the last
bit of milk at the bottom of the carton.

When we dated, I would ask him, could we
stop to eat, and he would always say "Sure,
how about here," swing his bright white Healey
into the nearest drive-in. He'd always be ready
to eat, or cook, and even baked the first time
I stayed with him in his trailer. Made me
oatmeal raisin cookies, a double recipe.

In Guadalajara my uncle showed us around.
He knew just where to eat, knew the owners.
In the streets he cried, Look, people
are eating wherever they like, they simply
sit down on a curb with their lunch, eat
together right here in the square,
in Guadalajara it is always a picnic!

On the train we ate on the pull-down table,
I trimmed green onions with an army knife,
we shared a quiche we had bought in Chartres.
Cherries. We gathered the pits into a kleenex.
The train swayed from side to side, rocking.
We had the whole compartment to ourselves,
and finished two bottles of wine, easy.

South Padre Island, the end of August.
On the sand you hold a spoon to my mouth,
soft white ice cream on the spoon. I take
the cold in my mouth, hold it on my tongue
before I swallow. You put your spoon back
into the cup, offer again, Would you like
some more? Here. Have some more.

Wendy Barker is a professor and poet in residence at The University of Texas at San Antonio. She has published five books of poetry and three chapbooks. Her latest book is Nothing Between Us: The Berkeley Years (Del Sol Press, 2009), a novel in prose poems.

by Bobby Byrd, from On the Transmigration of Souls in El Paso (Cinco Puntos Press, 1996). Reprinted with the author's permission.

—after playing basketball on Tuesday night

Down at the Pine Knot Junior
on Yandell Street
the Mexican lady says,
You got pretty eyes.
I believe anything she says.
Muchas Gracias. Yo te amo.
She laughs and blushes.
Me too.
She sells me and my friends
Big Boys of Beer
—16 oz. of Busch or Old Milwaukee
in a mason jar for 80 cents each.
Plus tax.
On the TV the Braves play the Astros.
Jose Cruz is an old man.
So is Nolan Ryan.
So am I.
So are most of my friends.
It's almost October, and nobody cares.
The Astros were done for last month.
We sit outside instead.
The sun goes down over the mountain.
Saturn is hung right next to the moon
between two pink clouds and the twilight blue sky.
Yeah, that's right.
Eternity.
Texas is like this sometimes.
Not all the time.
But sometimes.
And that is usually enough.

Bobby Byrd is the author of numerous books of poetry including Pomegranates, Get Some Fuses for the House, On the Transmigration of Souls in El Paso, and The Price of Doing Business in Mexico. He and his wife Lee are the publishers and owners of the El Paso-based Cinco Puntos Press.

by Miguel Gonzalez-Gerth, from Looking for the Horse Latitudes (Host Publications, 2007). Reprinted courtesy of the author.

“Lord, it is time. The Summer was too long,”
said Rilke.
Last night's and this morning's rains
have changed the look of things.
They have filtered through their narrow apertures.
They have seeped into their deepest substance.

Time in one's eyes,
the world now wet, dreams vanish,
washed away by the sky's early brilliance.
Once again imaginable,
after months of drought,
are rivers deep with sunken boulders,
seas stirred up by fickle winds,
dark, horizontal clouds,
even gigantic sheets of ice.

The hooded sky somberly threatens,
and white clots
of fertilizing liquids and rosy fragrances,
with their wonder, vivify
the stamping of beasts in the stable
of this nostalgic time that is my lordship.

Miguel Gonzalez-Gerth is a Humanities Texas board member and retired professor from The University of Texas at Austin's Spanish and Portuguese department. The former editor of the Texas Quarterly, he is also a respected writer, translator, and poet.

by Kurt Heinzelman. Reprinted with the author's permission.

My daughter never saw them, but she heard
the other stories told the night before
by the portera in the lobby of Hotel Paisano
where they stood side by side beside the blown-up
Life photos of Giant, filmed in the false-front
Reata ranch house at the edge of town: those
were tasty hotel sagas, of joy-cries coming
through thick adobe, of sudden cold, flickerings
in unrestored rooms—and then, later that night,
surely she thought she saw them, her own ghosts,
aglow in the corner like slices of stained glass,
which was what she was telling us all about
the next night as we drove east in a red haze
to where the lights on the southern horizon
were starting their weird dos-à-dos
like car lights winding up and down alpine
switchbacks, except there are no roads out there,
let alone mountains . . . lights slashing like kids'
sparklers on the Fourth, fluorescent yo-yos,
knife thrusts, stars, strobe-lit, pogosticking
straight at us, leapfrogging the ghostlier
Charolais, the wattled Santa Gertrudis
keening the darkness before us, while this
one, this buckaroo, chattered on about ghosts
without looking where we were pointing,
without looking, even once, even for us.

Kurt Heinzelman is a professor of English at The University of Texas at Austin. His published work in literary criticism and history has won awards from Choice (Outstanding Academic Book of the Year) and from the Keats-Shelley Association of North America; and his published poetry has won Pushcart Press recognition and the Borestone Mountain Poetry Award. He is also co-curator of the Blanton Poetry Project at the Blanton Museum of Art.

by Anne McCrady, from Along Greathouse Road (Eakin Press, 2004). Reprinted courtesy of the author.

Before subdivisions and trailer parks
sprang up like volunteer wheat,
this stretch of highway was his favorite
part about riding with his grandfather
back to the house after long days
of moving cows, gathering peaches
and fixing the fence along Onion Creek.
Hugging the metal curve
of the old Chevy truck door,
his skinny chin propped on his forearm
as the draft of the open window
turned his hair into a tousled halo,
he had spent the drive staring
into his grandfather's fields
of maize, the rusty seedtops
flicking past as he listened
to the old man tell stories
of cotton gins and jenny mules
and low-water bridge crossings.
Jostled by the ruts and gullies
of a road meant for tractors,
he slipped into the sleep
of little boys not used to farm work,
slumped against the shoulder
of the only man he knew
who could tell for sure
the heft of dirt ready for planting,
the sky-color of coming rain
and the taste of grain ready
to be pulled from stalks
too proud to bend to progress.

Anne McCrady is a poet, storyteller, and inspirational speaker. Her poetry and prose has been published in literary journals, periodicals, and anthologies. She is a councilor of the Poetry Society of Texas and an officer in the Rusk County Poetry Society. She lives in Henderson, Texas. 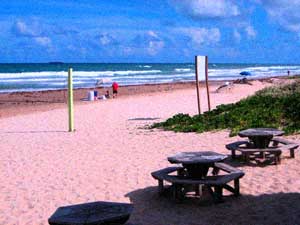 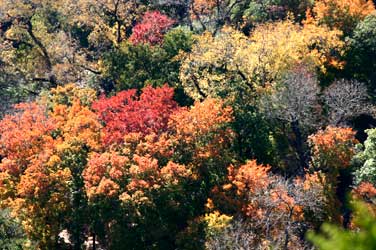 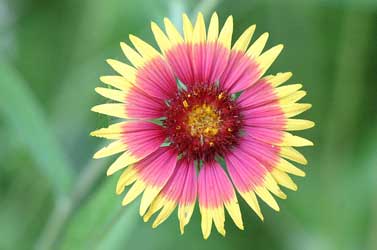