Two prominent Texans have joined the Humanities Texas board of directors as we begin a very busy year. Dallas civic leader Caren Harvey Prothro brings a wealth of educational, cultural, and philanthropic experience. She has served on the President's Committee on the Arts and the Humanities, the Southern Methodist University Board of Trustees, the Dallas Museum of Art Board of Trustees, the Board of the Dallas Center for the Performing Arts Foundation, and the University of Texas Advisory Board. Her civic contributions have received numerous recognitions, including the The Arts Community Alliance Silver Cup Award, the Linz Award, and the Annette Strauss Humanitarian Award.

Historian Alwyn Barr returns to the board after having served two terms in the 1990s. A leading authority on Texas history, Professor Barr has published widely on the subject during his four decades on the faculty of Texas Tech University. He has served as president of the Texas State Historical Association and the Texas Association for the Advancement of History. He represented the National Endowment for the Humanities during Humanities Texas's self-assessment in 2006.

Even as we welcome our new additions to the board, there are also necessary farewells. Elected board members must leave us after two three-year terms. Our recent retirees include several board members who have played critical roles in important Humanities Texas programs.

Dr. Gary Bell, dean of the Honors College at Texas Tech University, has chaired the Awards Committee for five years, during which the Humanities Texas Award was launched and the Outstanding Teaching Awards were significantly enhanced. He has also been a thoughtful voice on the Grants Review Committee. Gary has ably represented Texas Tech and the Lubbock area, organizing grants workshops, public programs, and exhibitions. He was the guiding force in planning our successful 2007 summer teacher institute, "The West and the Shaping of American History."

When Senator Judith Zaffirini nominated Dr. Thomas Mitchell for the Humanities Texas board in 2002, she predicted that he would be a superb choice. Tom has been exactly that. In chairing the all-important Grants Review Committee, Tom has presided with judicious wisdom and a consensus-seeking, deliberative manner. We are proud of his recent elevation to the presidency of the Nathaniel Hawthorne Society.

Also leaving us is Dr. Abraham Verghese, now on the faculty of Stanford University School of Medicine. This extraordinary scholar, physician, and writer brought the same gentle eloquence and wisdom to our board discussions that his writings convey. His splendid third book, Cutting for Stone, will be published by Alfred A. Knopf next month.

Austin civic leader Bettye Nowlin, while serving as an active member of the Building Committee, guided us through the critical early planning phase of the restoration of the Byrne-Reed House. Her experience with other capital campaigns and the restoration of Laguna Gloria Villa has been especially helpful to our endeavor.

We will miss all four of these departing board members and the valuable service they have contributed to Humanities Texas. It is our hope that they will remain involved in our programs and activities. 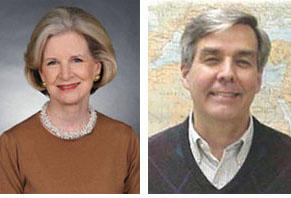 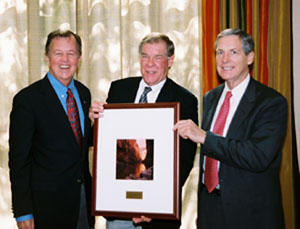 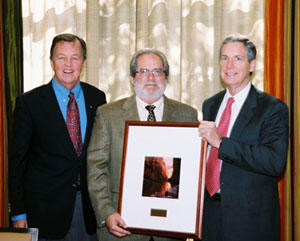 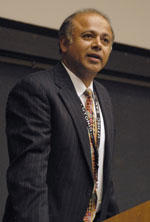 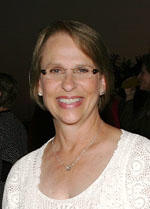