Welcoming New and Returning Board Members

Kerr, a native of Houston, has lived in San Antonio since 1981. An active businessman and civic leader, he also has been writing for the past fifteen years. His first novel, Cardigan Bay, was published in 2008 and his second novel, A Rose in No Man’s Land, was published in 2011. Two more novels, Fell the Angels and Hurricane Hole, will be published in 2012. Kerr also coauthored with his late father Only A Khaki Shirt, a nonfiction memoir of World War II in the Pacific, which was published in 2006. Kerr's business interests are currently focused on two biotechnology ventures that he founded: Azaya Therapeutics, which is developing novel anti-cancer drugs, and Evestra, Inc., a specialty pharmaceutical company focused on women’s healthcare. Kerr also co-manages Acacia Capital, a private equity fund, with Steve Hassman. Kerr serves on the Board of Trustees of the Texas Biomedical Research Institute, which he chaired from 1998 to 2007, and on the boards of the McNay Art Museum, the Admiral Nimitz Foundation, the Menninger Clinic Foundation, the Texas Research and Technology Foundation, and the San Antonio Medical Foundation. He is a member of the Distribution Committee of the Kronkosky Charitable Foundation and of the Advisory Council of the College of Liberal Arts at The University of Texas at Austin. He also chairs the Texas Advisory Board of the Environmental Defense Fund. Kerr received a BA from Stanford University in history in 1970 and a JD from The University of Texas Law School in 1972.

Krier is principal of Krier Counsulting Group. As former president and CEO of the Greater San Antonio Chamber of Commerce, he has advanced the humanities through many civic and educational activities. As founding president of the Foundation for the National Archives, he played a critical role in shaping that agency’s identity as a leading cultural institution. As a member of the Texas Higher Education Coordinating Board from 1994 to 1999, he formulated strategies for the expansion of the state’s colleges and universities. He has chaired the Arts Council of San Antonio, served on the San Antonio Fiesta Board of Directors, and participated in the Library and Literacy Campaign. He has also been a member of the M. D. Anderson Cancer Center’s Board of Visitors. A graduate of The University of Texas at Austin and the UT School of Law, he has served the university in numerous capacities, including as a member of the recent Commission of 125. Krier also serves on the legislative committee of the Federation of State Humanities Councils. He is married to former state Senator Cyndi Taylor Krier. 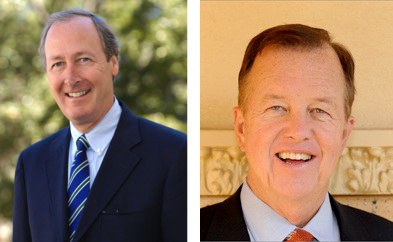 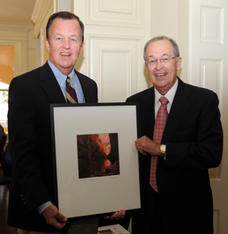