Humanities Texas welcomes our four newly elected board members! The Humanities Texas Board of Directors formulates policy, approves programs and projects, reviews grant applications, participates in fundraising, and promotes organizational activities. Directors are selected for knowledge of or involvement in the humanities. In electing individuals to serve, Humanities Texas strives for geographical and ethnic representation and for balance between the academic and public spheres.

Joseph Oscar Jewell is an associate professor of sociology and the interim director of the Race and Ethnic Studies Institute at Texas A&M University. He is the author of Race, Social Reform and the Making of a Middle Class: The American Missionary Association and Black Atlanta, 1870–1900 (Rowman & Littlefield, 2007), and co-author of “The Mis-Education of Black America: Black Education Since An American Dilemma” with Walter R. Allen in An American Dilemma Revisited: Race Relations in A Changing World (Russell Sage, 1996). His articles have appeared in the Journal of Negro Education, Urban Studies, Daedalus, and Research in Higher Education. His historical research on race and educational access has been cited in court cases dealing with affirmative action programs at public universities, including Rios v. U.C. Regents, Gratz v. Bollinger, and Grutter v. Bollinger. He received his BA from the University of California at Berkeley in 1991 and his PhD from the University of California at Los Angeles in 1998.

Manuel F. Medrano is a professor in the history department at The University of Texas at Brownsville, specializing in Mexican American history and culture. He is a member of the Humanities Texas speakers directory, the recipient of the University of Texas Board of Regents Outstanding Teaching Award, and the current holder of the Houston Endowed Chair for Civic Engagement. He has authored three published historical/cultural poetry books about the border including En Cuerpo y Mente, Imagenes, and En la Sombra de Mi Alma and coauthored books with Dr. Milo Kearney (Medieval Culture and the Mexican American Borderlands) and Dr. Anthony Knopp (Charro Days in Brownsville). Medrano’s most recent book is Américo Paredes: In His Own Words, An Authorized Biography. Since 1994 he has produced and directed, in conjunction with the UTB/TSC Media Services, twenty-three oral history profiles of people and events in the Rio Grande Valley, including legendary folklorist Américo Paredes, acclaimed Tejano writer Rolando Hinojosa, and Chicano civil rights activist José Angel Gutierrez.

Virginia “Ginni” Mithoff received her BS in elementary education from The University of Texas at Austin and attended the University of Houston for graduate school. After retiring from her teaching career, she began volunteering and serving on boards for various organizations, including the Houston Ballet Guild, the Houston Museum of Natural Science, Harris County Hospital District Foundation, and many others. She currently serves on the School of Education Foundation Advisory Council of the University of Texas Development Board, the UT School of Public Health Advisory Council of the University of Texas Health Science Center Development Board, and the Bayou Bend Committee of the Museum of Fine Arts, Houston. Ginni and her husband Richard have lived in Houston for thirty-five years. They have two children—Michael and Caroline—and four grandchildren. 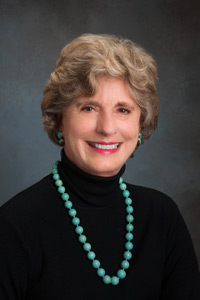 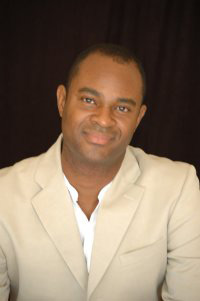 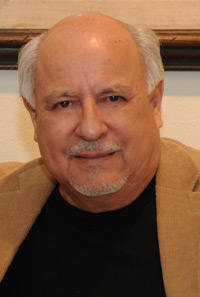