The Humanities Texas Board of Directors meets in the Julius and Suzan Glickman Room at the Byrne-Reed House in April 2016.
Jay Moore

Jay Moore is a classroom teacher, author, speaker, and public historian from Abilene, Texas. Since 1992, he has taught at Abilene High School where he serves as chairman of the Social Studies Department. In 2013, Moore was selected as a Humanities Texas Outstanding Teaching Award winner. He earned both his BBS in political science and history and his MA in history from Hardin-Simmons University. He is the creator of History In Plain Sight, a DVD series documenting the history of Abilene, and has authored books about the city, including Abilene History In Plain Sight (ACU Press). He is the producer and presenter of Our American Past, a lecture series aimed at reacquainting adult audiences with American history. Jay and his wife Laura have three daughters. Dr. Nolan Perez is the CEO of Gastroenterology Consultants of South Texas in Harlingen. Dr. Perez grew up in the Rio Grande Valley and graduated from Port Isabel High School. He earned a bachelor of arts from The University of Texas at Austin and a medical doctorate from the University of Texas Health Science Center at San Antonio. After medical school, he served in the US Navy as a Medical Corps Officer and received the Navy Commendation and Navy Achievement Medals. He is board certified in gastroenterology and is a fellow of the American College of Physicians and fellow of the American College of Gastroenterology. He is a clinical associate professor at The University of Texas Rio Grande Valley School of Medicine. Dr. Perez has a passion for mentoring, education, and community service. He created RGV Mentors to inspire high school students and help them transition into post-secondary education, and he mentors many students himself. Since 2010 he has been serving as a trustee for Harlingen Consolidated ISD and is past-president of the board. He was appointed by Governor Greg Abbott in 2015 to the Texas Woman’s University Board of Regents and is currently vice-chair. He serves on many other local and statewide boards, including The University of Texas Foundation Board, Texas Lyceum, UT System Chancellor’s Council Executive Committee, Educate Texas Advisory Board, and Senator John Cornyn’s Service Academy Nominations Board. He is married to Sandy Perez, and they have two children. 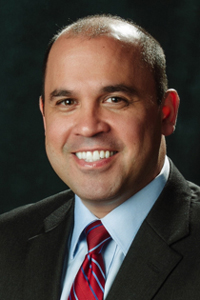 San Antonio native John Phillip Santos is a freelance filmmaker, producer, author, and journalist. His articles on Latino culture have appeared in the Los Angeles Times, The New York Times, The Guardian, and the San Antonio Express-News. He is writer and producer of more than forty television documentaries for CBS-TV and PBS-TV, two of which received Emmy nominations. He has authored three books, including Places Left Unfinished at the Time of Creation: A Memoir, which was a finalist for the National Book Award. After receiving his BA degree in philosophy and literature at Notre Dame, Santos became the first Mexican American Rhodes Scholar and thus had an opportunity to earn his MA in English literature and language from St. Catherine’s College at Oxford University. In 1997, he joined the Ford Foundation as an officer in the Media, Arts, and Culture Program. After living in New York City for twenty years, he returned to his hometown in 2005. Santos has served on the President’s Advisory Commission on Educational Excellence for Hispanic Americans. He is presently a University Distinguished Scholar in Mestizo Cultural Studies in The University of Texas at San Antonio’s Honors College and was the recipient of the 2017 Texas Medal of Arts for Literary Arts. 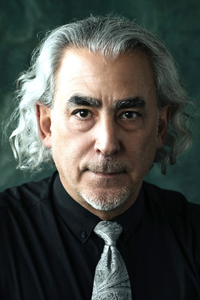